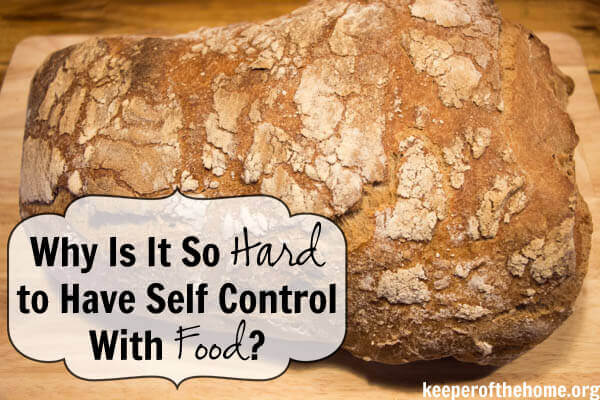 I probably shouldn’t write this post. Beside me sits a small bowl of homemade treats from the freezer, which I certainly don’t need but definitely want. I fully intend to eat them. If you could taste what I’m tasting (creamy, chocolate-peanut buttery goodness), I bet you’d eat them, too.

Two weeks ago, our family completed the whirlwind 9-week Europe portion of our one-year journey around the world (this seems unrelated, but stick with me). From Paris we worked our way through Switzerland, Germany, Austria, and over to the Czech Republic, south to Greece, then west to Rome, further south to Sicily, and finished up by stopping in southern France on our way to Spain. Spending one week in most places, we had just long enough to get to know a place a little and moved just fast enough to exhaust ourselves.

Our accommodation style of choice was always a self-catered apartment or rental home of some sort. There were multiple reasons for this. Chief among them may be multiple rooms! With doors that close!! Any semblance of quiet and privacy when you’ve been traveling for 5 straight months with four young children is more highly desirable than you know.

Secondly, they have kitchens–places where we can spend ¼ of what we’d fork out at a restaurant and eat twice as well in the process. We buy ingredients for our breakfasts, as well as for snacks, some picnic lunches, and the odd dinner when we’re not out exploring. It saves us oodles of money, the only way we can make Europe even mildly affordable, and helps us to eat better when we’re on the go.

For all of our careful planning and good intentions, however, we also had to eat out. A lot. The white bread, the pastries, the processed foods…it wasn’t pretty, people.

(Wait, OK… yes, some of it was pretty. The pastries. Mmmm. I like pastries, and they look so lovely and inviting all lined up nicely on those bakery shelves.)

I fondly remember my idealistic dream of eating my way through Europe, the slow food capital of the world. Everything would be locally grown, in season, from animals on pastures, or grown from heirloom seeds. Sourdough breads, fresh olives, raw cheeses and milk, simple sausages, succulent fruits, olive oil drenched salads, hearty traditional soups. This is, after all, how all European eat, ne c’est pas?

Mais non, I sadly learned. There are certainly still strong, valiant roots of traditional foods (France stands out the most in this regard), and yes, the home of the slow food movement (Italy). But in most cities and even small towns, a surprisingly high amount of processed and packaged convenience foods, with enough sugar to make you diabetic just from looking, play starring roles.

I visited the glorious open markets and street side produce stands and specialty delis and even gourmet restaurants, oh yes, but I’ve also been to 20+ regular grocery stores, and let me tell you, it’s not much different than home.

When we did eat out in restaurants, we did the best we could to choose fresh, whole foods and sample the local cuisine. Our kids bravely ate along with us, rather than getting the kids menu items the waiters tried to push on us, and during most of those meals, I felt that we did all right.

It was the times when we were in highly touristic and expensive areas, or when we were in transit between locations, that made it particularly hard to maintain our real food ideals.

Our long train days were the worst offenders, by far. Every seventh day or so, as we moved from one country to the next, we’d pack up our cluster of backpacks, hoarding our torn, stained and sweaty family Eurail pass like a precious gem in my money belt. Hopping on our first set of rails early in the morning, we’d spend the next five to twelve hours or so going from train to train until we reached our coveted destination.

We learned the necessity of packing your own food the hard way, after our second full day of trains through Switzerland. What with 5 train changes to make, it was chaotic to say the least, and on this particularly memorable day, being the train-riding novices we still were at that point, we naively thought that it wouldn’t be that difficult to find food aboard the train.

Lesson #1 It will always be more difficult than you think.

The times when you’ve packed a proper picnic lunch? Yes indeed, you’ll sit in the coach right beside a well-stocked food bar. The days when you’re unprepared, starving and hoping for the best? You’ll stumble aboard those lone trains with nothing, not even a sad little cart selling Coca-Cola, warm water bottles, candy bars, and day-old sandwiches without crusts. We had so many days like that. They were painful, and this day in Switzerland drove that lesson home for us the hard (and hungry) way.

It was these trial-by-fire experiences that taught me, like any good Girl Scout, to always be prepared. As often as was possible, I would buy food from supermarkets the day before, or while we waited to catch our first train of the day. We did the best we could to find wholesome eats for our journey (or, at the very least, something that wasn’t pure sugar and refined grains, with an assortment of chemicals and FDC # dyes on the side). 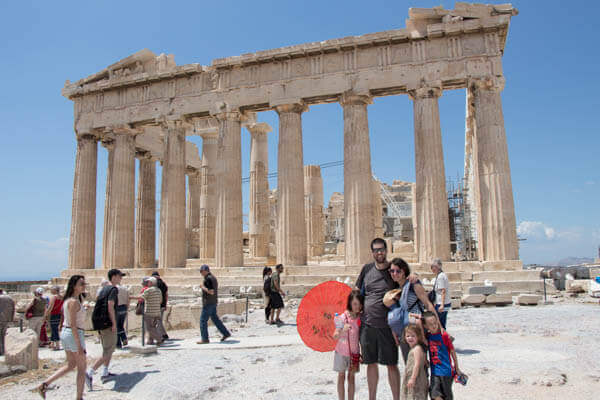 Somewhere between Munich and Venice, it just got plain old hard to stick to my “real food” rules and ways of eating. Aside from a natural desire to explore the local foods, like schnitzel in Austria, crepes and bread in France, gelato and pasta in Italy, and baklava (oh, the baklava!) in Greece, finding whole foods to fill ourselves with on a regular basis proved too much of a challenge at times for even my own bull-headed personality.

I’m sorry to say that at some point, we caved. Mixed in with our real food was unfortunately a whole bunch of white bread sandwiches, nightly desserts, the occasional pop (I won’t point fingers, but I have to say it wasn’t me) or sweetened beverages, lots of coffees (yup, that was me) and even chips or crackers from vending machines in desperate moments.

I hated it (as did my waistline), and, still so many days, felt helpless to stop it.

My self control… I think I’ve lost it

Long story short (see, I told you to stick with me)… my self control went out the window.

Since we had already crossed over that great divide between real food and no-so-real food, it no longer felt like a compromise to eat that extra dessert, or have another sweet coffee, or finish off the leftover pasta carbonara I just didn’t need.

Stubborn as I am, I do best in situations that are black or white, all or nothing. When I go on a special diet for a period of time (like The Maker’s Diet, GAPS diet, or a cleanse of some sort), I succeed and here’s the reason why: I give myself no other option.

I don’t allow myself access to no-no foods. I buy only what will make meals I can eat within the confines of the dietary rules I’ve set for myself. I stay out of the grocery stores unless I have a specific, written list in hand, and, even then, I run.

How do I maintain self control when it comes to food?

The primary way is by not letting myself have access to the foods I don’t want to or shouldn’t eat. Simple as that.

I suppose it comes down to knowing yourself. And I know that I know that I know, if there’s an open bag of semi-sweet chocolate chips in my house, it will disappear bit by delicious bit. I wish I could say it was my children, yet here I am, the one with the chocolate-smeared hands.

Of course, there’s slight exaggeration in all of this. I’m a writer, for goodness sake. It makes for a better story, and you don’t want to hear about the boring days when I show a mediocre level of control and manage to eat just one homemade brownie (made of beans, of course), alongside my 6 servings of vegetables and fruits, grass-fed meatloaf, sourdough bread and glass of kefir. Where’s the excitement in that?

In all seriousness, though, I do sometimes maintain the type of food habits I want to have, even when faced with temptations. Most of the time, this self control comes from the research I’ve done, the truths that I know about which foods I should and shouldn’t eat, and also from years of learning to choose the right things. Convictions and habits make for better choices.

But as a general rule, my food success stems from what’s present or absent from my kitchen, and good choices flow easier when the wrong ones aren’t staring me in the face.

This isn’t a post on how to develop self-control with food.

As you can see by reading it, I’ve already disqualified myself as an expert on the topic.

Rather, it’s a conversation starter, and a humble one at that.

Bottom line. I know how to eat well. I’m convinced about it. I teach about it, for goodness sake. Most of the time I do it, too. Not with a superhero iron will, but by forcing myself to only stock our kitchen with the good stuff.

All or nothing. That’s how it works best for me.

So my question for you is this… how does it work for you?

What helps you to show self control and restraint with food? How do you make good choices for both yourself, and for your family?

This summer we’re stepping back from some of our regular instructional and teaching posts and simply opening up some really excellent conversations on topics that matter. We don’t want to talk AT you, but WITH you. I hope you’ll join us as for plenty of Conversations at KOTH. 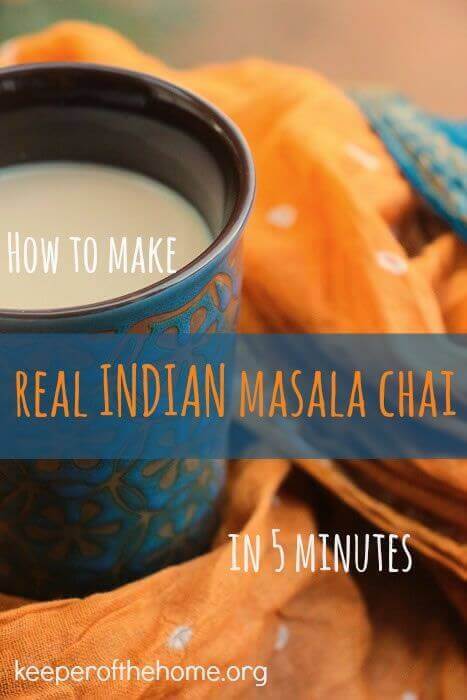 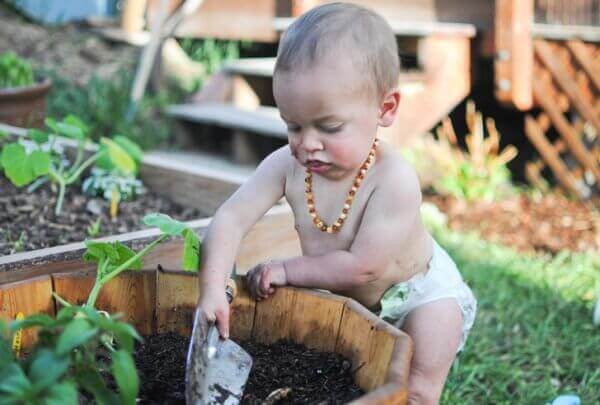 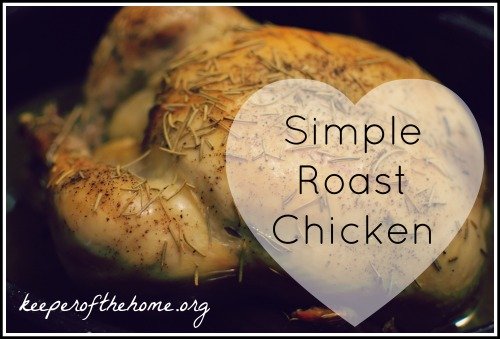 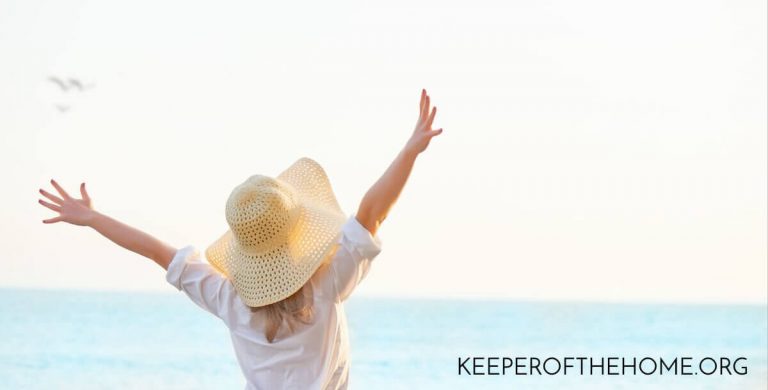