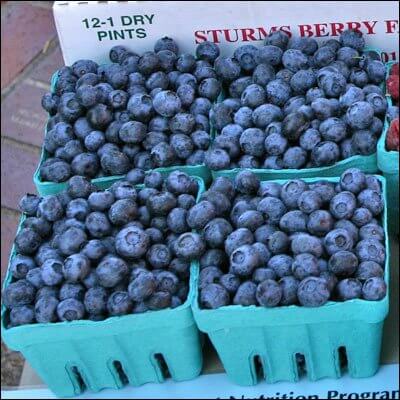 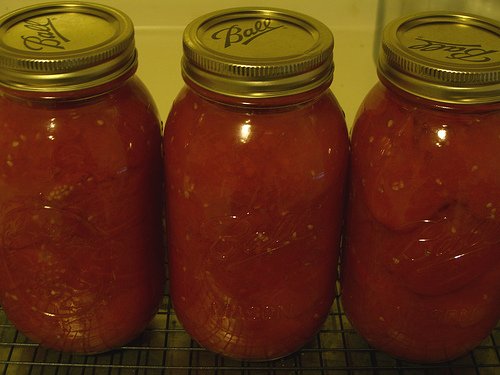 Are you new to preserving food — or maybe just curious about it? Maybe you’d like to give it a shot, but don’t really know where to start.

I was in your shoes last year! It was my very first year preserving food for my family. I had no idea what we would realistically eat in a year, given availability, and definitely didn’t plan it as well as I could have! Many things ran out with months yet before the next season, and some things are still sitting in my pantry, hardly touched!

But I learned a lot from it, and will plan better this year. To some extent it’s simply a learning process, and you will have to adjust a little each year as you figure out what your family likes (and what’s available in abundance that year, if you add additional family members, as small children get bigger, and so on). Hopefully, though, you can learn from some of my mistakes!

What Should I Preserve?

Last year, I watched all my friends go strawberry picking and then go home and make (heavily white-sugar sweetened) jams and jellies. Tons of them. I was jealous! I wanted to get started on my preserving, too, and have pretty jam and jelly jars to look at.

Thankfully, I didn’t. Jams and jellies just aren’t something my family ever eats. We don’t really serve any sandwiches or toast, and both my kids and my husband just will not eat them. It would have been a waste of time and money to have canned those.

On the other hand, I should have been freezing strawberries for smoothies, because that we do eat a lot! Which brings me to my point — what does your family eat? And more specifically, what do they eat a lot of?

There’s more, of course, but those are some commonly preserved foods. They can be preserved by traditional canning (heat), lacto-fermenting, or by freezing. You can even preserve some by dehydrating!

What is your family really likely to eat, either from this list or from other seasonal offerings? We, for example, go through quite a lot of tomato sauce. Applesauce is also popular. Frozen strawberries, peaches, and blueberries (two of which I didn’t even do last year) are also popular. Write down whatever it is that you think your family would eat, and how you’d like to preserve it.

Don’t forget to account for different preparations, too: do you want to make both bread-n-butter pickles and dill? Or with tomatoes — do you want sauce, salsa, tomato soup, diced tomatoes, whole peeled tomatoes, etc.? Write down each food item you would like to preserve, not just “tomatoes!” 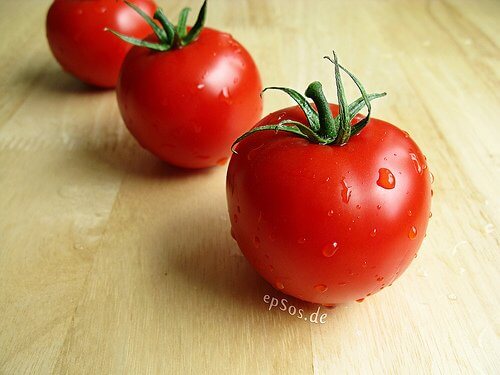 How Much Will Your Family Eat?

Let’s be realistic. If your family generally eats through a jar of jam every month, you really don’t need to do more than a dozen or so. If they love canned peaches, though, and could eat a quart or two a day if you let them, you might be wise to do 100 – 200 quarts! (I’m assuming that peaches won’t be the only fruit available and so they won’t really eat it daily. But if they do…take that into consideration, too.)

It’s worth noting that your family may eat more of something because it’s home-canned and it tastes so much better. I might buy canned peaches 4 – 5 times per year: really, almost never. But we went through the dozen jars I canned in less than two weeks because they were so delicious! Lesson learned.

They may also eat more of something because it’s readily available. If you’ve got 4 dozen jars of applesauce in the pantry, they’re not going to hesitate to grab one if they want a snack. On the other hand, if you’ve only got a couple, they may say, “Hey mom, can I eat this?” before digging in. I know my kids were like that about the applesauce, and could sit and eat half the jar between them in a sitting!

What do you cook with, and how do you do it?

I had planned last year that we usually served about a quart of tomato sauce per week, give or take, for “main dish” meals, like stuffed peppers. Unfortunately I forgot that I like to add it to soups a lot, make pizza, and other “small” uses. The amount I’d planned to make didn’t even last us six months! I also wished, over and over, that I’d gone ahead and canned the diced tomatoes (I only did sauce and salsa) because I love to cook with those, too, and they just aren’t available in glass jars. I also wished I’d done some tomato soup, so if I needed a fast lunch I could have it…without resorting to cans of who-knows-what.

Remember that you’re trying to (ideally) preserve enough to get you all the way until the next preservation season…not just enough to get you through the winter! There’s nothing worse than enjoying delicious, frugal food out of the pantry all winter…only to run out around April, before anything’s growing yet!

You still have to eat through the spring and summer, and although fresh food is plentiful (bonus), there are things you may still want. Like that tomato sauce, or applesauce, or something else that isn’t yet in season. Preserve a little more than you think you’ll really need, especially if it’s something that your family eats frequently.

Here’s our example, of what we preserved last year (and how it ‘measured up’):

Notice I did some things in quarts, some in pints. Choosing the size that best works for your purposes is important. I will can salsa, diced tomatoes, and other things I tend to use smaller amounts of in smaller jars. Foods like tomato sauce, applesauce, etc. that we use a lot of, especially a lot at once, I can in bigger containers. That’s important to reduce waste, since once you open a jar, it’s like anything else: it has to be refrigerated and used within a week or so.

I didn’t do any corn, strawberries, blueberries, cherries, pickles, etc. at all. I had my reasons, although they weren’t very good ones. The next point explains that….

Be Realistic About Prices

If you haven’t already, make yourself a list of the rock-bottom and common prices that you pay on your favorite items in the off-season. Whether you can buy it fresh, frozen, or canned — know what you usually pay. And know how much that buys you. A pound? A quart jar? etc. It’s imperative to know what your ‘best prices’ are.

Preserving food may or may not make sense, depending on your off-season prices. I didn’t preserve blueberries because I’d been able to find wild, unsprayed blueberries for just $3/lb. through the 09-10 winter. The local prices were often higher than that, even for conventional! It didn’t make sense. Unfortunately I lost my source in late fall and was unable to buy blueberries most of the time (because $5/lb. was the cheapest available for organic or unsprayed).

On the other hand, I could have gotten strawberries (local and low-spray) for $1.80/lb. My rock-bottom winter price is $2.75/lb. I did not think to consider this when I was making decisions, and ended up passing on the strawberries because I “thought” I should only have to pay $1/lb. or less during the season of abundance! Too bad I didn’t realize how much I’d save. We go through at least 1 lb./week! This year I had a choice between local, low-spray berries for $1.90/lb. or unsprayed for $3/lb. It didn’t make financial sense to go with the unsprayed, unfortunately.

Always check local prices against your off-season prices, so you know if it is worth your time! It’s important to know things like how many pounds of food goes in what size jars, too. Maybe you can find a quart of organic applesauce for about $5. It takes about 3 lbs. of apples to make that much applesauce, so you would need to find the apples for $1 – $1.50/lb. (or less) to make it worth your time. I pay about $3.75/quart for organic tomato puree, plus whatever spices I add to it — let’s call it $4.25. It takes about 3 lbs. of roma tomatoes or 4 lbs. of “other” tomatoes to make a quart of sauce. That means I need to find them for $1/lb. or less. Luckily, I have been able to find $0.50 – $1/lb. on both these items, so it’s worth it to me.

It’s also important to be realistic on prices. Yes, on some foods you can find $0.50 – $1/lb. It’s even more likely if you’re able to purchase “seconds” from a farmer (overripe, funny looking, etc. but still edible). But some foods just aren’t that cheap. And they do fluctuate by area. I’m lucky to find blueberries under $3/lb. even if I buy in quantity. Strawberries hover close to $2/lb. Pears do too. I skipped out on a lot of foods last year because I just had not anticipated how much it would actually cost!

I’d initially hoped to spend just $200 – $300 to preserve a whole year’s worth of food. Ha ha ha. It just doesn’t work that way! If I’m planning to feed my family for a year, I need to remember what I’d usually spend on (those) foods, and then maybe plan to spend 50 – 60% as much. I also needed to include the cost of the jars and lids, too, since it was my first year. I wasn’t really able to find amazing deals on jars — many of the ‘second-hand’ prices were the same as or more than just buying the jars new! Again, know your prices!

Sit down, write out what your family eats, how you’d like to preserve it, and run the math to find out what’s really worth your time and money. Take your best guess! And in a year, you’ll know if something went really fast…or didn’t go at all. Then adjust and try again. It’s so rewarding, even though it does take some time to do!

What do you preserve, and how did/do you decide what to do? 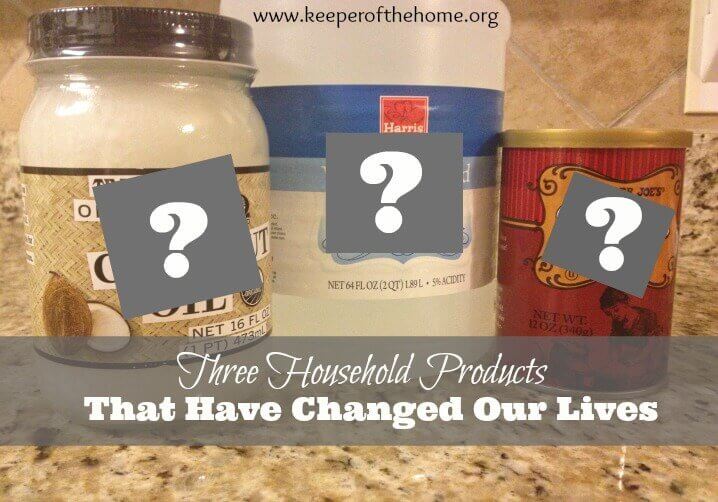 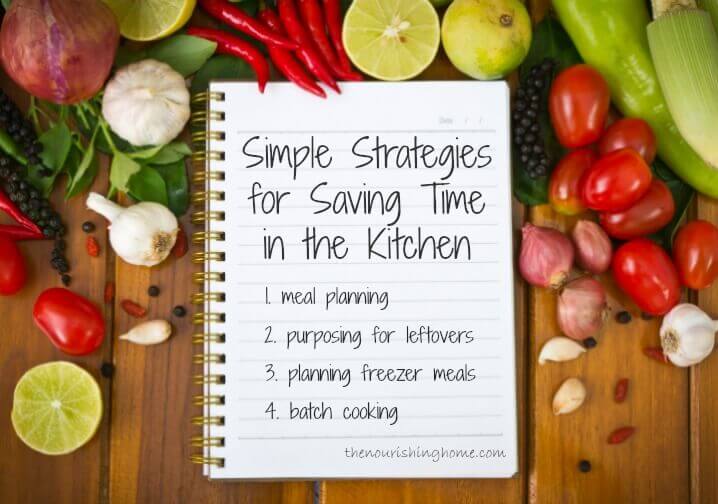 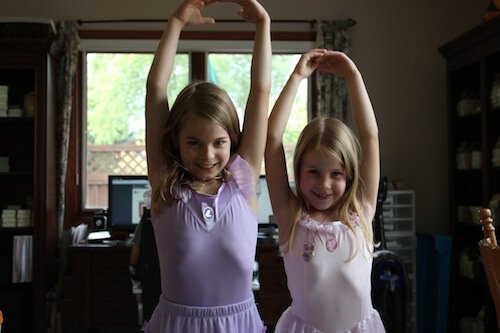 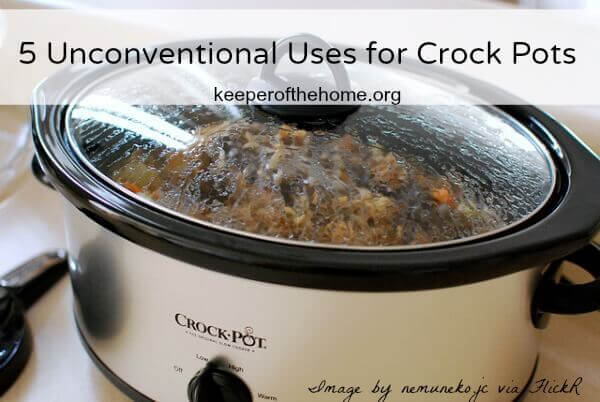