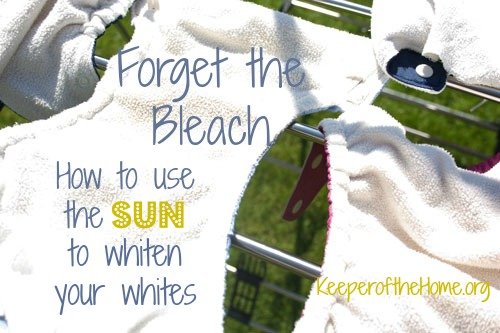 As we move into our fifth month of traveling around the world, one of the parts of my routine that has been simplified due to necessity is the laundry… I’m lucky to even have a regular washing machine to use before hanging the clothes to dry (and the rest of the time, I’m hand washing in the sink, shower, or tub– whatever is available!). One of the things that got us through Europe with dry clothes are these handy towel-warming racks I’ve found in most apartments, and I think they must be pretty much the best invention since dishwashers (another thing I’m missing on our trip!).

That said, now that we’ve hit Mediterranean Europe (Greece, Italy, and next is south France), I’m thrilled to be hanging my laundry out to dry in the sun. Not only does it dry faster, and smell fresher, but it also minimizes stains, and it keeps our whites whiter. Which is important when you’re trying really hard not to look or smell like dirty backpackers. I’m just saying.

All that to say, this post was originally published two years ago in June, but seemed just right to share with you again this week how to use the sun to whiten your whites.

Although I generally try to avoid buying white clothing for myself or my young children (because they look good for approximately one day until someone spills blueberry smoothie or spaghetti sauce on them), sometimes white is unavoidable. We’ve been given white items here and there, I fell in love with a white maternity shirt once, and then there’s the white insides of our stash of pocket diapers.

I have never been comfortable using bleach to get these stains out. It is harsh, toxic and corrosive, and I don’t want to flush it down the drain, either. For me, bleach is a no-go.

There are definitely more natural whitening and alternative bleach products out on the market. I have heard good things about many of them, and they are certainly less toxic than conventional bleach, by a long shot.

For me, the downside is that (like many other natural/green products) they don’t come cheaply and I still don’t really find that they are as effective as I want them to be. But do you know what I have found to be the cheapest, most widely available and most effective bleach alternative out there?

That’s right. Somehow, someway, God has made the sun and its rays so that they are able to naturally bleach and whiten many things. Ever left a plastic child’s toy outside in the sun and forgotten about it for a couple of weeks? When you finally notice it in the corner of the yard, the colors are faded and it looks nothing like it did originally. Voila… the power of sun bleaching. 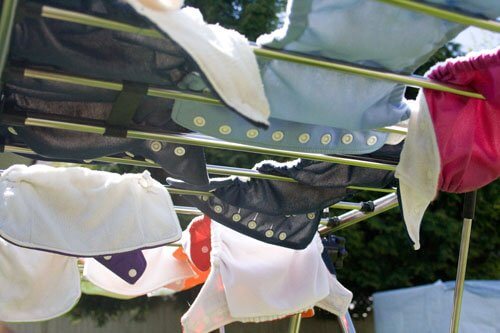 Over the course of the winter, my cloth diapers had begun to get particularly stained and nasty. We live in a location (on the West Coast) that is gray, rainy and cloudy from about October to April, with few days of sunny respite. Even though I line dry my diapers, I kept them inside, cringing every time I looked at them.

Finally in late April, the sun began to shine its face enough that I ventured outside with a basket of wet diapers. I laid them outside with the white insides face up and then forgot about them for several hours.

When I came back, lo and behold, the orange/brown stains had great, greatly diminished. In fact, there were a couple of places where the wind had blown the edge of one diaper over another, and you could actually see the line on the diaper where half of it had been sun-bleached and the other half had been covered up and remained stained. The difference was obvious (and I’m only sorry that I didn’t grab a picture of it at the time). 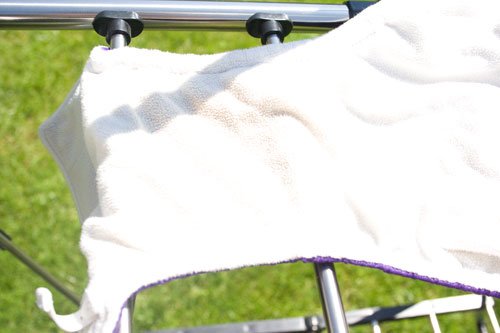 How to Sun Bleach

Really, there’s little to it. This is simple stuff!

1. Start with wet clothes. I’m not sure why (perhaps someone knows the science behind this?), but I have found it to be much more effective when the clothes are wet rather than dry, although even dry items will still be sun-bleached to some degree. And note that although I keep saying clothes, you can do this with any white fabric- towels, tablecloths, etc.

2. Lay clothes out as flat as possible. It’s important to make sure that every part of the fabric is receiving direct sunshine. It is the ultra violet rays that are doing the bleaching, so if they can’t get through, the item won’t get bleached.

3. It may take 2-3 times for really dark stains. I have found that the darkest stains will lighten a little bit more each time you do it and may not be whitened to your satisfaction after only one sun bleaching.This was the case with my most-stained diapers. The first time made an obvious difference, but the second time took it just a bit further and got them closer to truly white again.

4. Try adding lemon juice for an extra boost. If you need extra bleaching power, try mixing up lemon juice in a spray bottle with water (about 1/4 cup lemon juice to 2 cups of water) and spray that onto the worst of the stains. The lemon juice reacts with the sun to whiten even more effectively. Another option for using lemon juice is to just add a 1/2 cup of lemon juice directly to the load of whites that you want to bleach, and then set them outside as soon as the machine has finished.

5. Don’t leave them out too long. Usually a few hours will do the job. If you want the item whiter, try a few hours again another day. Leaving things out for days at a time could weaken and damage the fabric.

Have you tried bleaching using the sun? How effective did you find it and do you have any tips to share with the rest of us? 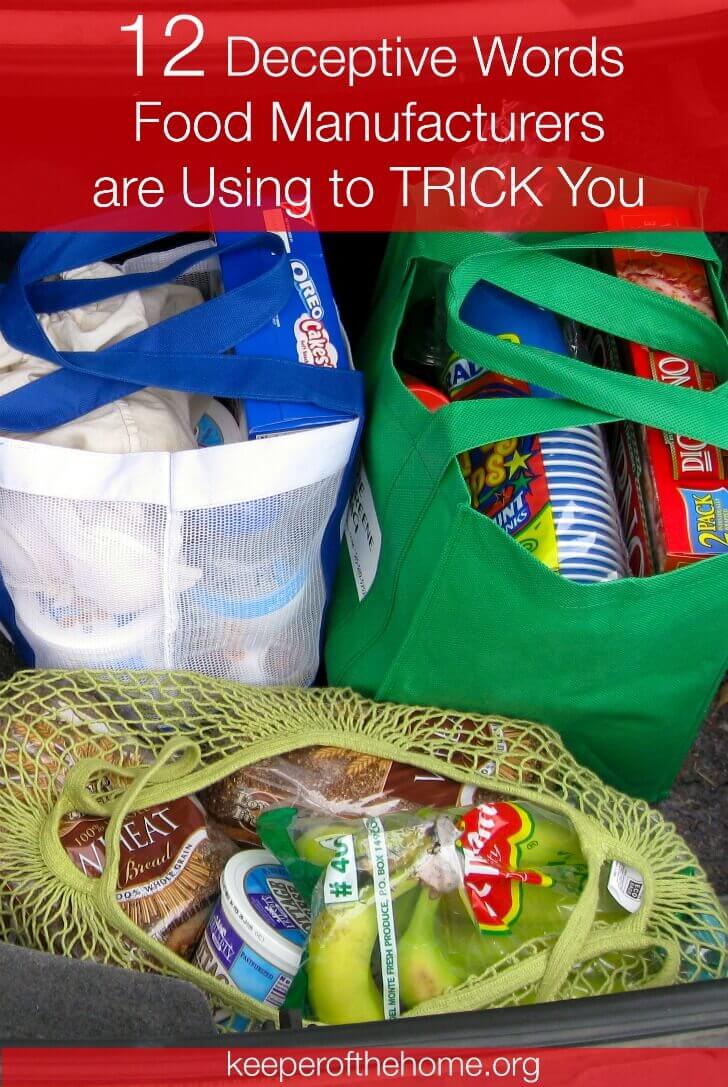 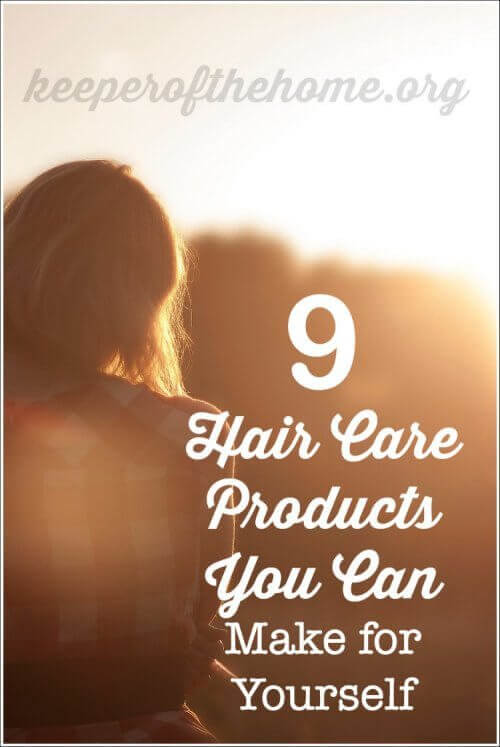 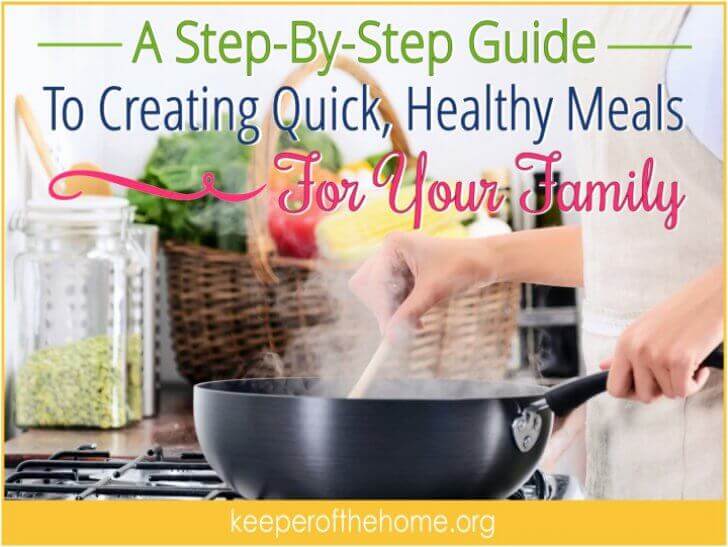