You are here: Home » Blog » Real Food » When Food Choices ARE a Moral Issue

A couple months ago I wrote a post called “Food Choices Are Not a Moral Issue.”

There were several who commented that disagreed with the title of the post…and I actually agree with them!

My main goal in that post was to open a discussion about judging other people’s food choices, and I stand by the assertion that it’s not my place to judge what other people choose to eat.

On the other hand, what I choose to eat is a moral issue, but it’s one based on personal conviction. There are potential moral issues about food sources, making healthy choices, gluttony and more.

The problem is that — except for gluttony — the Bible doesn’t lay out specific tenets related to those issues, and I don’t believe that we are in a position to add our own tenets to those God has given us and expect other people to live by them. 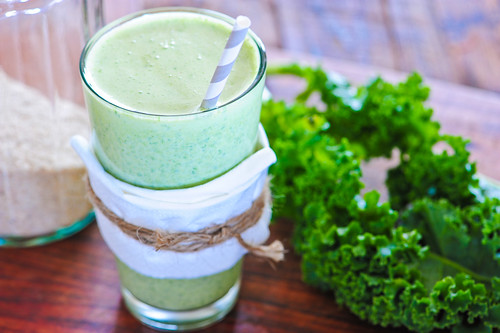 You may be convicted by the information about conventional meat production to choose different sources for your food or to fight the injustice that organizations like Monsanto are perpetuating on millions of people around the world. Personally, I haven’t been convicted of either thing — although I’m still researching and learning more and certainly agree that we need to be informed about these issues.

But I have been convicted about child slavery in the Ivory Coast for the harvesting of chocolate and coffee.

I could easily lay out facts and Bible verses in an attempt to make my personal conviction yours or declare that you’re sinning when you eat a mainstream brand of chocolate, but I don’t believe that your choice in this area is a moral issue that’s up for discussion.

My responsibility is to live out my conviction and help educate others — lovingly and without judgment — about what I know, but judging those who continue to buy conventional coffee and chocolate crosses the line.

There are dozens of these issues in Christian circles and not just related to food. How about homeschooling, dresses only, secular music, Harry Potter, alcohol, etc.? 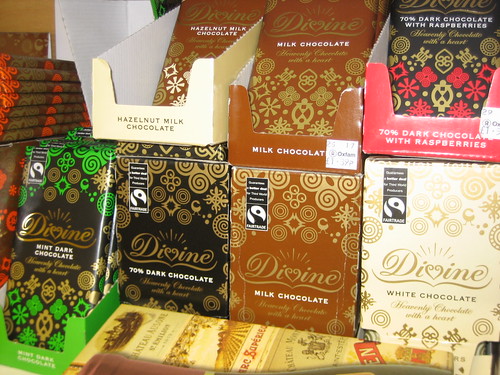 The list goes on and on and Christians have been attempting to add tenets to the Bible since the time of Jesus; the issues today are just different than they were then.

Once I know something — through research, education or the example of other people — and have been convicted by the Holy Spirit that it’s an issue I need to address, I absolutely do have a moral responsibility to make changes to my life.

But judging someone based on their food choices — or expecting them to share your convictions on issues that aren’t specifically addressed in the Bible — just creates division.

The amazing part to me is how many times the Bible addresses the issue of food. Although it can be argued that the verse I quoted in the original post was addressing a very specific food issue at the time, the Bible actually warns Christ-followers again and again not to let food become a divisive issue among them. 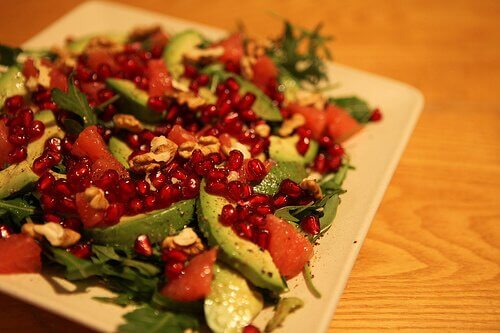 Perhaps the most relevant of these passages is Romans 14:1-23, which explores the idea in depth of differing food convictions between believers. This is a long passage, but there’s so much relevant stuff here that I’m going to go ahead and share it in its entirety (emphasis mine):

The Law of Liberty

14 Receive one who is weak in the faith, but not to disputes over doubtful things. 2 For one believes he may eat all things, but he who is weak eats only vegetables. 3 Let not him who eats despise him who does not eat, and let not him who does not eat judge him who eats; for God has received him. 4 Who are you to judge another’s servant? To his own master he stands or falls. Indeed, he will be made to stand, for God is able to make him stand.

5 One person esteems one day above another; another esteems every day alike. Let each be fully convinced in his own mind.6 He who observes the day, observes it to the Lord;[a] and he who does not observe the day, to the Lord he does not observe it. He who eats, eats to the Lord, for he gives God thanks; and he who does not eat, to the Lord he does not eat, and gives God thanks.7 For none of us lives to himself, and no one dies to himself. 8 For if we live, we live to the Lord; and if we die, we die to the Lord. Therefore, whether we live or die, we are the Lord’s. 9 For to this end Christ died and rose[b] and lived again, that He might be Lord of both the dead and the living. 10 But why do you judge your brother? Or why do you show contempt for your brother? For we shall all stand before the judgment seat of Christ.[c]11 For it is written:

“As I live, says the Lord,
Every knee shall bow to Me,
And every tongue shall confess to God.”[d]

12 So then each of us shall give account of himself to God. 13 Therefore let us not judge one another anymore, but rather resolve this, not to put a stumbling block or a cause to fall in our brother’s way.

The Law of Love

14 I know and am convinced by the Lord Jesus that there is nothing unclean of itself; but to him who considers anything to be unclean, to him it is unclean. 15 Yet if your brother is grieved because of your food, you are no longer walking in love. Do not destroy with your food the one for whom Christ died.16 Therefore do not let your good be spoken of as evil; 17 for the kingdom of God is not eating and drinking, but righteousness and peace and joy in the Holy Spirit. 18 For he who serves Christ in these things[e]is acceptable to God and approved by men.

19 Therefore let us pursue the things which make for peace and the things by which one may edify another. 20 Do not destroy the work of God for the sake of food. All things indeed are pure, but it is evil for the man who eats with offense. 21 It is good neither to eat meat nor drink wine nor do anything by which your brother stumbles or is offended or is made weak.[f]22 Do you have faith?[g] Have it to yourself before God. Happy is he who does not condemn himself in what he approves. 23 But he who doubts is condemned if he eats, because he does not eat from faith; for whatever is not from faith is sin.[h] 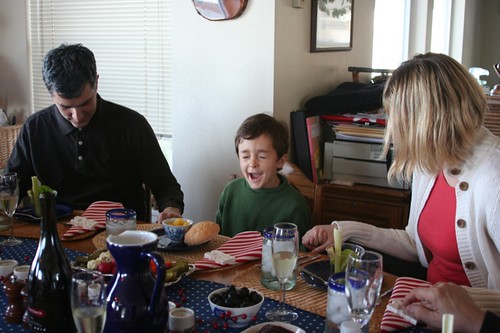 And a few other verses to consider as well:

**All verses are from the New King James Version

And yes, I know the Bible says that “your body is the temple of the Holy Spirit.”

Even if we ignore the context in which that verse was written — referring to sexual immortality — the problem with deciding what that means for another Christian is that there are dozens of self-proclaimed experts offering differing advice on what food is healthy and what is unhealthy, and since the New Testament doesn’t lay out a prescribed diet, there’s no standard that can be applied objectively.

It’s all based on the opinions and research (often conflicting research) of people.

All of that aside, the Bible does list gluttony as a sin, and I think as Christians we do have a responsibility to exhort one another in love. If you have a close friend who is living a lifestyle of gluttony (whether they’re overindulging in soda and onion rings or kefir and green smoothies), you do have the same obligation to confront them in love as you do if they are gossiping or not honoring their husbands. 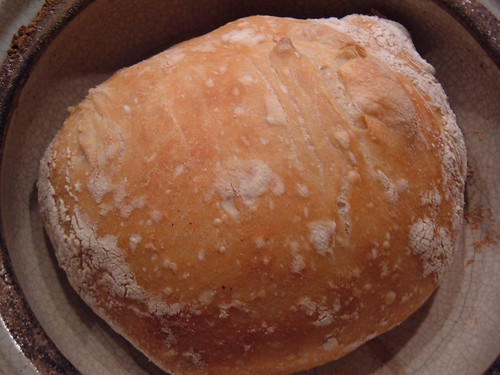 There are two key points that I think are important to point out:

Now, because I don’t want anyone to take anything I’ve said the wrong way, let me be clear: I think it’s really good to research and learn more about our food sources, how food really affects our bodies, etc., but it’s important when doing that to seek the Holy Spirit’s guidance for our lives rather than just following the prescribed diet of man.

Once our eyes have been opened and we’re convicted by the Holy Spirit to make changes in a certain area — either because of the way it affects our body or the impact it has on communities or the environment — we need to follow through with those changes.

I also think it’s good — really good — to share the changes we’re making with other people in a loving, non-judgmental way. I’m thankful for the people who have done this with me because I have learned a lot through their sharing.

The key is to live out our personal convictions without judging others or allowing food choices to become divisive!

How are food choices a moral issue in your life? Have you struggled with judging others because of their food choices?