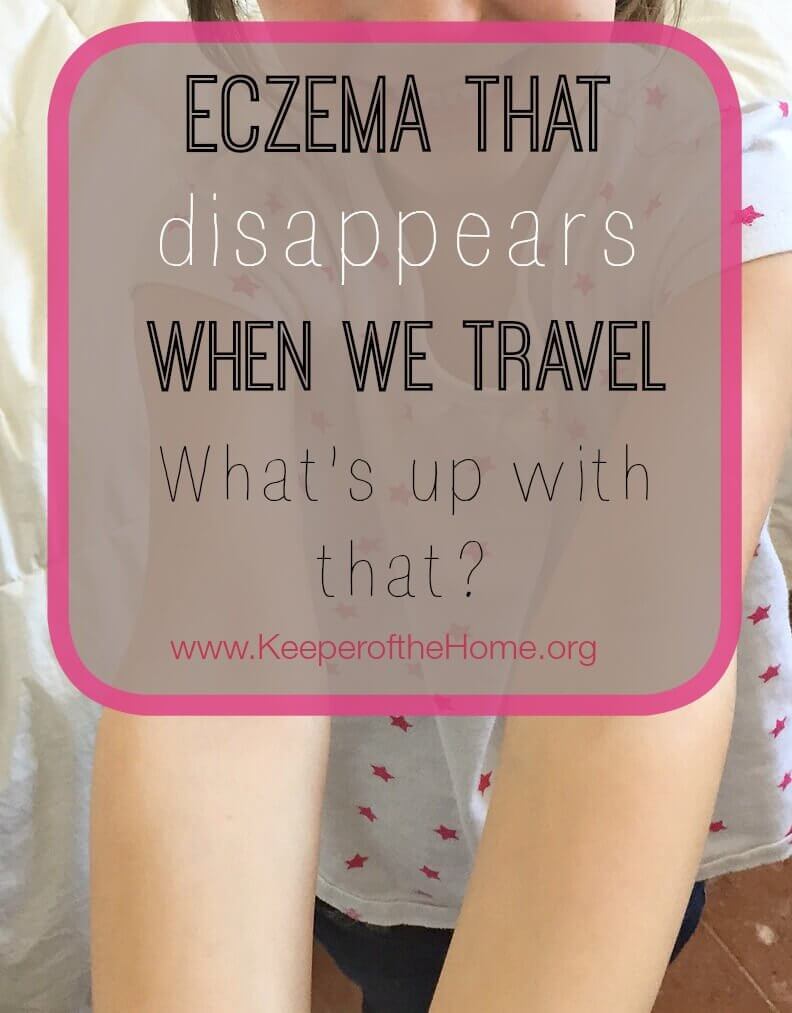 While traveling overseas, I’ve noticed something peculiar. Our youngest daughter’s eczema, a constant source of irritation while in North America, simply disappears elsewhere in the world.

It’s curious to me, because our diet is not nearly as careful while traveling as it is at home.

Our grains are rarely sprouted or sourdough (in fact, we frequently eat regular wheat when we travel, since we can’t find alternatives like spelt or kamut). We usually can’t find raw milk. We eat far less fermented foods, other than having yogurt as often as possible. We occasionally resort to foods I’d consider junky out of sheer desperation for something to eat.

Whereas at home, we keep her completely gluten free, give her probotics regularly, try to keep up on our fermented cod liver oil, and we serve healing foods like homemade chicken bone broth as often as possible. She has also done the GAPS diet as a toddler, seen a naturopath about her eczema and I personally have learned as much as I can about it for our kid’s sake.

Yet even with all those efforts, we only seem to keep it at bay so that it doesn’t get too out of hand.

With our two older children, we managed to bring complete healing to the issue (my first three children all suffered with eczema and food sensitivities, though with dietary changes, my fourth has not, thank goodness!). But with poor Johanna, it’s just never gone away.

This can be very frustrating and I do wonder if she needs to go back on GAPS for an extended period of time, go completely grain free indefinitely, leave behind dairy (yes, even raw) or some other such change, all things we are contemplating for when we return home this spring. 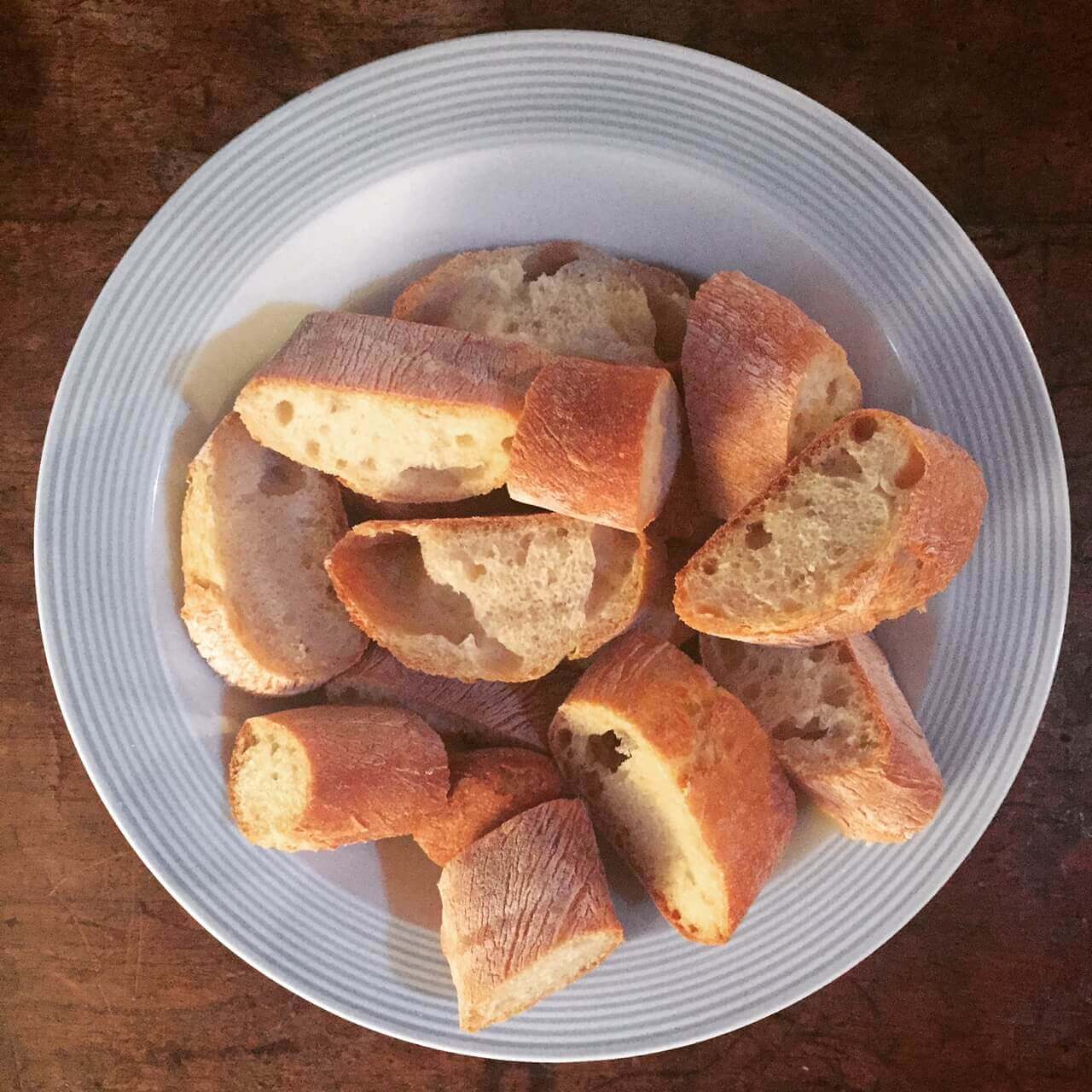 But… when we travel, it all just magically disappears.

Within a couple weeks of being on the road and allowing her to eat freely in another country, bye-bye eczema. And it leaves me utterly baffled.

The first time this happened we were on the initial leg of our around-the-world trip two years ago, living in Argentina for 3 months. For 6 weeks, I did everything I could to find gluten, grain and dairy free options for this little girl, but as time went on, it proved increasingly difficult to get the things I needed, what with the language and cultural barriers, being on the road and needing to eat out frequently, and all those other things that go along with travel.

So we gave up and began letting her have a little dairy, just some yogurt and cheese at first. When that didn’t cause any exacerbation of the problem, we let her eat regular bread with the rest of the family.

And oddly enough, the longer we were out of North America, the more the eczema disappeared.

It stayed away the entire year. She ate anything and everything as we traveled through South America, Europe, the Middle East, East Africa, Asia and Australia.

Only about 2 months after returning home did it rear its ugly head again.

It was beyond frustrating.

What intrigued me, though, was that I talked to a few friends about it after we returned and I heard a similar refrain… while they were overseas, their skin/digestive/energy/pain problems went away, no matter what they ate. Bread, coffee, cheese, sugary pastries, beer. It didn’t matter. It was all fine.

But when they returned to North America? Their problems returned with a vengeance.

This winter, our family has been spending some time living and traveling in Europe (similar to our previous trip – we just bring our businesses and homeschooling along for the ride, so it’s normal life in a somewhat more exotic setting).

I determined even before we left that I was going to experiment to see what happened when Johanna left behind her very careful, gluten-free, low grain, more traditional-foods diet back home and just ate whatever food we could find.

Guess what? Within two weeks of arriving in Europe, her eczema began to fade, and now that we’ve been here 5 weeks, it’s completely gone. Gone!

Which leads me to the million dollar question… WHY on earth is it such a struggle back home and a non-issue while we’re abroad?

And this is the part of the post where I tell you that I really don’t know. I’m banging my head against the proverbial wall to come up with a satisfactory answer to this dilemma. 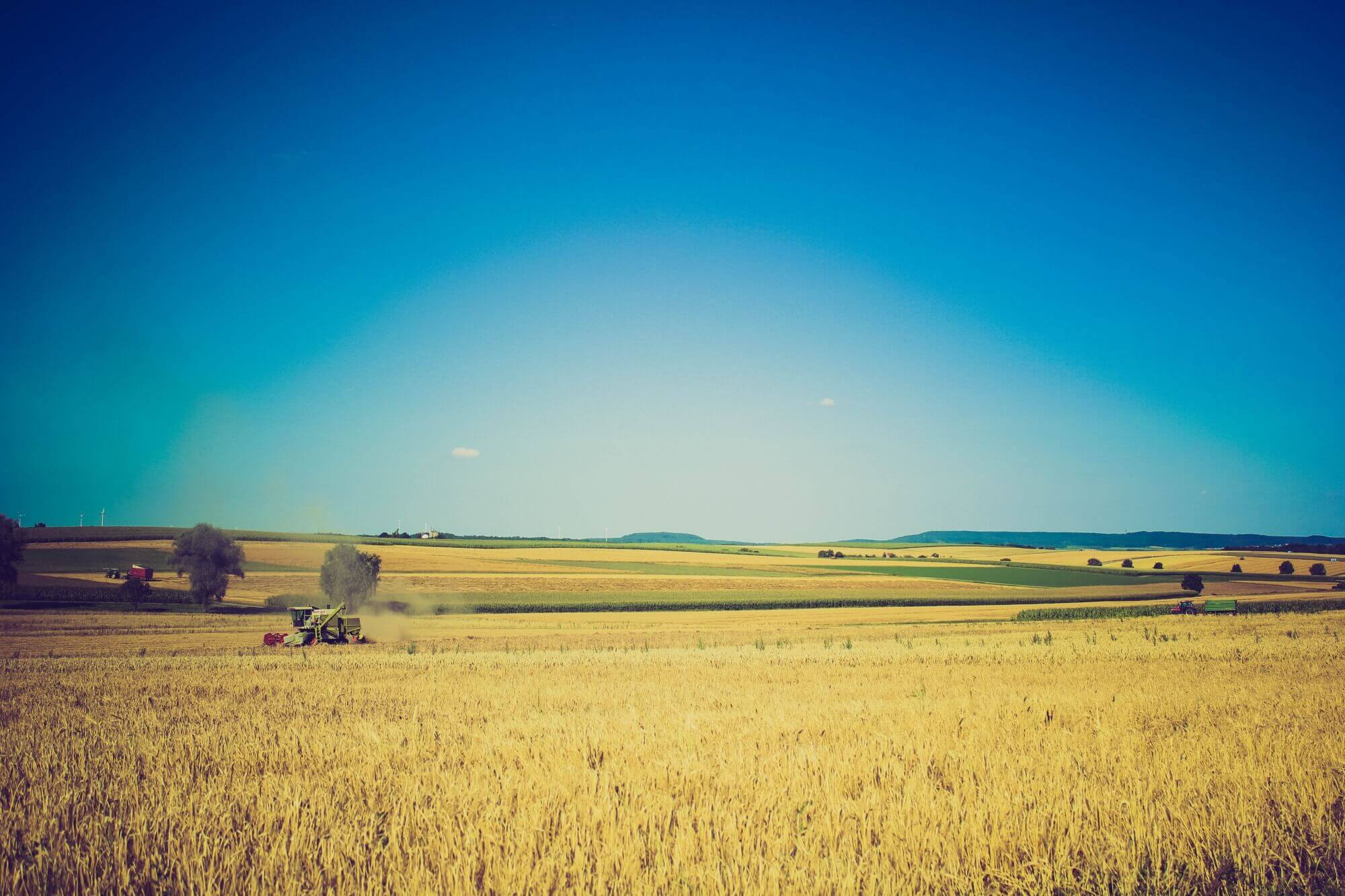 Just what exactly is so different between being home and being out of North America?

Here are some of the things I wonder about:

Is it the level/type of chemicals and toxicity in our local environment? I once heard a wonderful naturopath speak and she used a bucket analogy for many of the health issues that we see today. Everyone has a bucket, but our buckets fill up differently depending on our body’s sensitivities, what we’re each exposed to, genetics, etc. So you can have two people in the same environment, eating the same foods, but one person’s bucket will fill up and overflow (ie. show signs of illness) much faster than the others.

Is Johanna’s “bucket” particularly sensitive to what’s in our local environment? We know that we are certainly all being exposed to various chemicals, some harmful, some not, through the air, water, soil, food chain, etc.

Could it be that the restrictions on hazardous chemicals for agriculture (be they pesticides, herbicides, animal vaccinations and medications, etc.) are so poorly regulated in North America that no matter how clean we try to eat, we are still facing high levels of exposure to toxins? Our family eats as much of our food organic, unsprayed, ecological, home grown, etc. as possible, but there is simply no way around environmental exposure, run-off from other farms, contaminated water supply and all of the other unfortunate realities of the fact that we are not truly in control of what we eat, careful as we may be.

Then again, the other baffling aspect of this, in my mind, is that while some places we visit have much better regulations (such as the European Union), other places do not (parts of South America, Asia, etc.), and we traveled through many different parts of the world.

We live in Vancouver, Canada (in the Pacific Northwest), which is very rainy except during a couple months in the summer, and so it’s usually quite damp and humid. I know that living in a humid climate has negative effects for some people’s health — could it be that eczema is one of them? This one I’d have to test out with us traveling more extensively in North America, perhaps. We did spend 2 1/2 weeks last spring camping through Washington, Oregon and Northern California, but it didn’t seem like long enough to notice a difference.

Her body is in “shock”

Could it be that suddenly eating differently, the physical stress of travel, or something related causes her body to go into some sort of shock where it hardens itself during the transition, but once things are back to normal, the sensitivities show up again? I have heard anecdotally (though I’m not sure where to find solid evidence of this) that sometimes we don’t actually show symptoms of what’s really happening in our body because it has learned to ignore them.

For example, someone who has abused their digestive system all their life may seem “fine”, but if they actually began to make a change to eating more carefully, their stomach would begin to respond with greater sensitivity and they might even find that in the long term, they can’t go back to how they used to eat because their body can now tell the difference now between foods that nourish it and foods that harm it. This theory does seem somewhat unlikely to me in the sense that while we’re here in France for 4 1/2 weeks, for example, we’re actually eating high quality food, very similar to what we might eat back home, and still the eczema stays away, but I add it in there just because I don’t want to discount anything.

Now that I’ve thrown out my questions and theories, I’m really eager to hear your thoughts.

First, has anyone else experienced this phenomenon with a physical illness disappearing when they travel? And second, do you have your own theory about what might cause this effect?

I probably don’t have to say this, but just for the record, this post is 100% about discussing and postulating and brainstorming, and approximately 0% prescriptive. In other words, I’m not telling you what the answer is, why it happens, or that you should all move overseas to solve your health issues. I just want to open up the conversation with this community of like-minded women and see what your thoughts and experiences are. 🙂 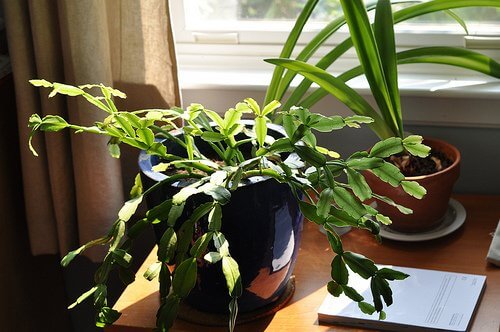 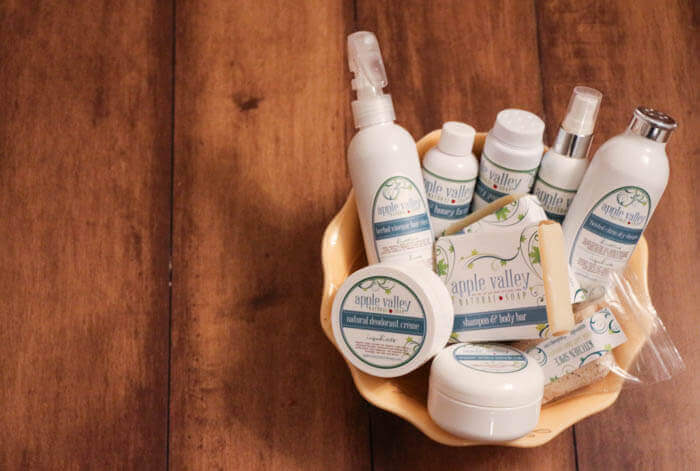 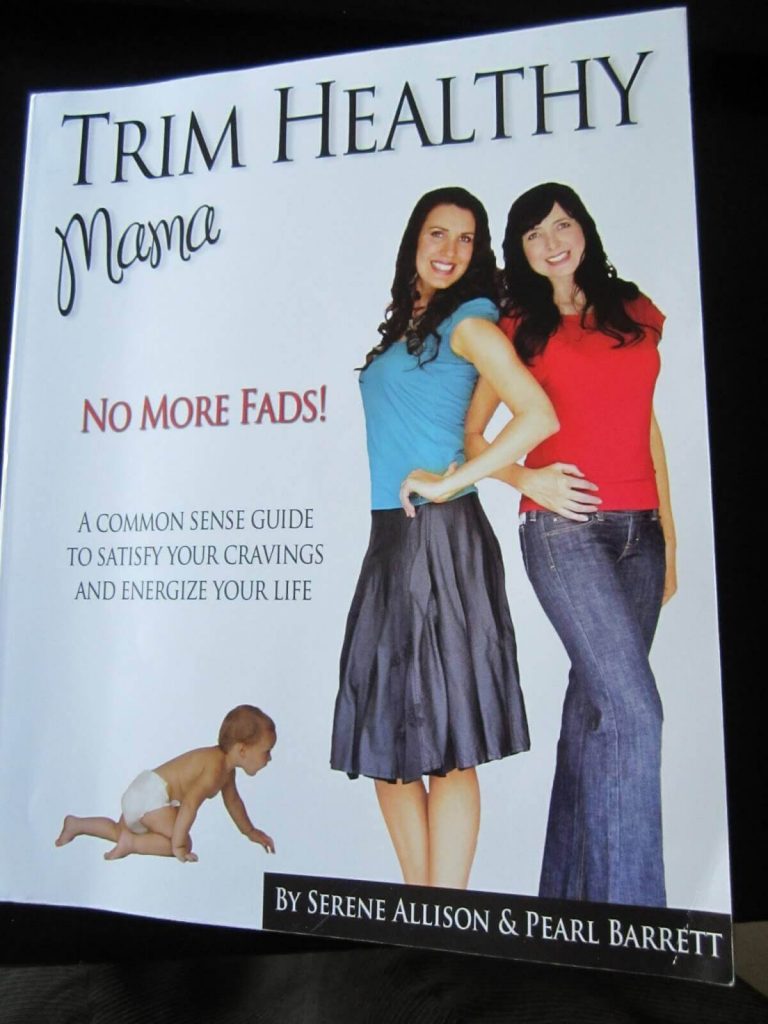 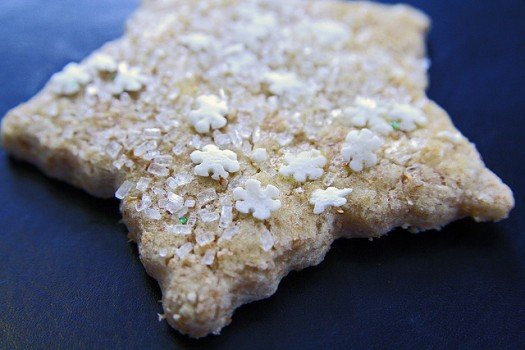 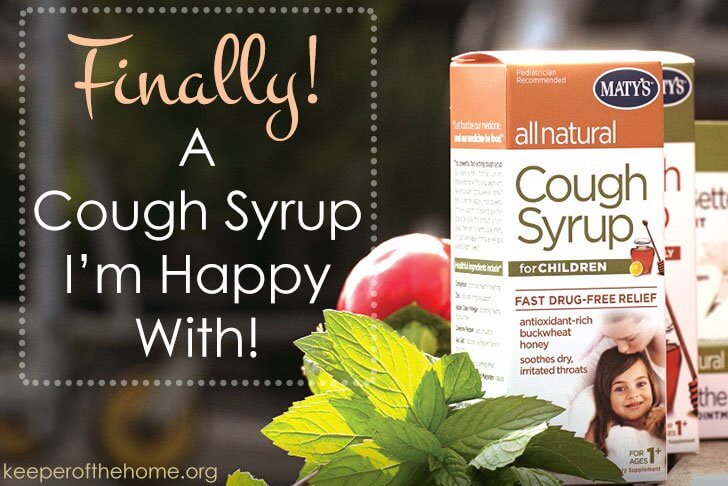