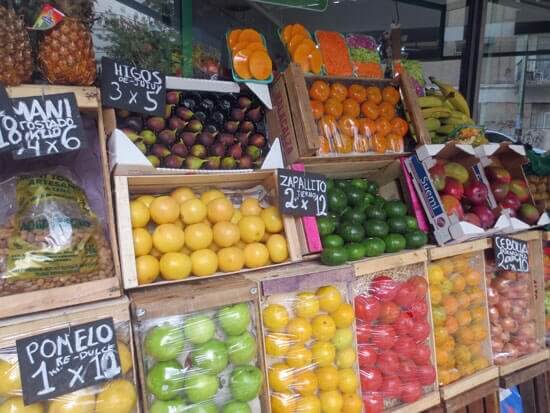 Did you miss the first part of this post? You can read it here.

Now that you know what we’ve been buying are you curious what I’ve made with those foods, in sub-par kitchens at that?

I tracked our actual meals and snacks for four days, to give you a genuine example of how we’re eating as we travel.

A real look at what we ate for 4 days

(We’re not as big of snackers as we sound like! It was a looong, but extremely amazing 6 hour tour that went past dinner time, so plenty of food for hungry children and a nursing mama was a must.)

Quick and easy dinner late that night– Hotdogs in baguette (a total compromise, but the whole tour was as exhausting as it was fantastic, and my kids spied hotdogs while we bought milk at a corner store and in a moment of weakness, I succumbed to their request), cucumber slices, whole milk. Mommy made green salad with chicken for herself, since she’s starting to try the Trim Healthy Mama eating plan and was being a good girl.

Breakfast– Soaked oatmeal with honey and milk (I used stevia in my oatmeal and added some chopped apples).

Lunch– Leftover hotdogs in baguette for kids (the grain-sensitive child ate it with no baguette), cucumber and apple slices, and I ate a big green salad with tomatoes, chicken, avocado, cheese, olive oil and vinegar (yum).

Dinner– Green salad with shredded carrots and oil / vinegar, plus sausages, and baguette with butter.

Dessert– Homemade cake, made with amaranth flour, corn starch, honey, eggs, baking powder, coconut. Baked in the microwave (this particular rental house had no oven- BUT the next day I discovered how to use a large frying pan with a lid to create an “oven” on my stovetop) and topped with melted butter and cinnamon. Surprisingly good. 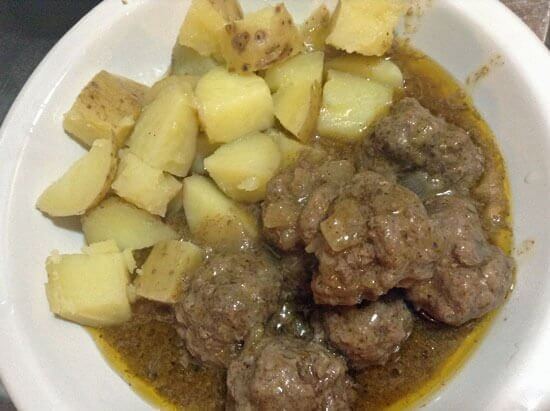 Breakfast– Scrambled eggs, corn flakes and whole milk (made by 8 year old, who has been offering “restaurant” meals with ingredients she purchases herself, and then she charges us for the meal to earn money– when you’re the daughter of entrepreneurial parents, you start young).

Late Dinner– An experimental recipe of beef meatballs simmered in onions and gravy (thickened with bit of corn starch and seasoned with meat spices), boiled potatoes with butter and sea salt (which I had my mother-in-law send me a few weeks ago). This turned out awesome.

Lunch– Leftover soup from yesterday (and I had a plain yogurt sweetened with stevia, as well) and we all had herb tea.

Dinner– Fish patties (with tuna instead of salmon) and a green salad with olive oil and vinegar. 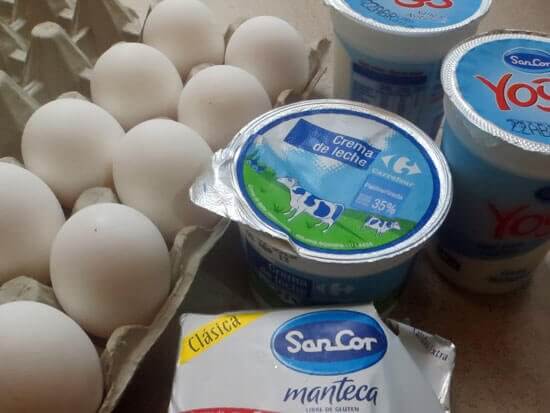 Doing the best we can with what we’ve got

As you can see, it’s not ideal. There are some things I’m relatively happy with (oats, quinoa or amaranth flour, plain yogurt, stevia and honey, seasonal produce even though it’s not organic, plain beef and chicken, being able to make broth, butter and olive oil, etc.)

I’ve struggled with the dairy for multiple reasons.

On the one hand, it comes from good cows. I spoke early on in our trip with a woman who used to write for a dairy farmer’s magazine (Argentina is a huge cattle country so I guess it makes sense that they have entire magazines devoted to it). She said that nearly all of the dairy cows here really are raised properly on grass, and that made me really happy.

With the beef, it’s more half and half from what I’ve heard and read, with some cows pastured and other in feed lots, or more commonly a mix of being mostly raised on grass and then finished off in feed lots.

So the milk sources are good… but it’s all not only pasteurized and homogenized, but ultra-pasteurized. I defy you to find a brand of milk here that is not ultra-pasteurized (you would be my hero if you did). The first weeks we were here, I just put my foot down and said no milk, we’ll live without it. But not having so many of our regular foods, it was just hard not having any and once I found out it was all pastured, I started waffling.

In the end, I decided that we would do milk, as long as I could find it whole and not partially skimmed (which I usually can). We do eat tons of butter because I feel like it’s probably the best fat I can give my family right now. I really miss having coconut oil and beef tallow, but the combination of butter and extra virgin olive oil is pretty respectable.

I wish I could buy organics, especially for dairy and meat (though I console myself that it’s mostly grass-fed and I don’t believe they use hormones), and the dirty dozen. Problem is, there is no market for organic products here. I have seen one long organic item in all of Argentina. Randomly enough, it was sugar. Go figure!

Once at a small artisan’s market, I spoke with a woman who owned a small far and was selling her homemade jams and spreads and goat’s cheese (you better believe I bought some). She spoke English and told me her products were organic, and I commented on what a hard time I’ve had finding any organics here. She said that it doesn’t really exist in Argentina and even if someone says something is organic, it probably isn’t because there is no certification and no one really knows what it means. While disappointing, it made me entirely grateful for the burgeoning organics movement back home in North America.

Baking and grains are my toughest area. Back home, we usually eat Kamut or spelt due to wheat sensitivities, along with whole oats, rye, barley, and some coconut and almond flour as well (we don’t eat brown rice, either, due to my daughter’s strong rice sensitivity).

Not having anything I’m used to having other than oats (thank God for oatmeal!), it makes baking according to any familiar recipes basically impossible. I’m having to come up with creative baked goods, according to the particular flours or grains I have on hand in that particular city, and then cook them according to the kitchen appliances and tools available to me in a particular rental home.

For example, in our large and decently stocked kitchen in our Salta home (loved it… so miss it), I frequently made homemade granola which everyone adored having. I also played around with different varieties on granola bars and different types of square, another tasty treat.

In our current small rental cabin, my kitchen consists of a two-burner gas stove, a microwave, a toaster, and a kettle. My cooking tools include two frying pans, one pot with a lid, a weird metal serving dish with raised edges that has become my mixing bowl (there are no bowls larger than a soup bowl here), a grater, a cutting board, and the dullest knife you have EVER seen.

Craving some sort of baked good in a crazy sort of way the other night, I mixed up eggs, honey, amaranth flour, corn starch, baking powder and shredded coconut to a cake batter consistency. I poured it into a buttered soup bowl and proceeded to “bake” it in the microwave. It was a bit odd, but to us, it was cake and we devoured it. The next day, still on a high from having made a cake, I used the same basic ingredients but added half a mashed banana and a handful of raisins, making my dough more like a soft cookie dough (slightly gooey, mostly thick).

I really wanted to try something without the microwave so I used a frying pan. I used butter in the pan the first time and the bottoms burned a little by the time they cooked, so I wised up and used the pan dry, with no oils, and put the lid on it to mimic the dry heat of an oven. Miracle of miracles, I made nice chewy cookies without burning the bottoms! My kids were absolutely besides themselves and so was I!

What’s working best for us

Easiest breakfasts to make no matter what: oatmeal of some sort, any number of egg variations, fried potatoes, fresh fruit.

Lunches and dinners: vegetables (especially salads), potatoes and sweet potatoes, beef (either BBQ style or ground beef made into patties, meatballs, etc.), whole chickens roasted and then the bones turned into broth, soups (especially with vegetables, lentils, sausages), simple sandwiches with sandwich meat or leftover chicken, cheese, mayo or butter, lettuce, cucumbers, etc. Every once in a while, we enjoy the fresh, Italian-style pasta they sell cheaply.

Best traditional food we’ve continued on with: Soup broth. Since whole chickens are so common, I’ve made a point of making two batches of broth each time I buy a chicken (you can re-use the bones once). We usually make soup, or sometimes just drink it warm, and I love that we’re still getting this in us.

I’d love to hear about the real food meals that you make, when you’re doing the best you can with what you have! 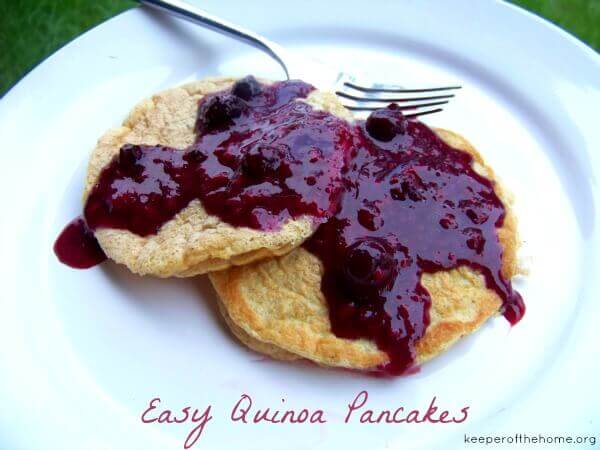 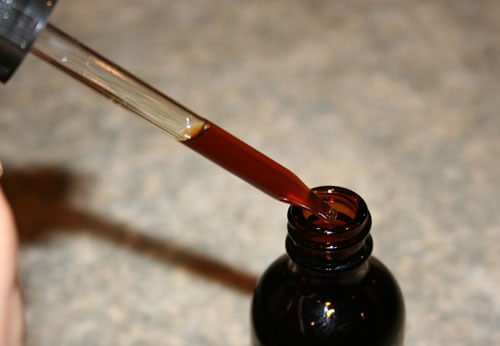 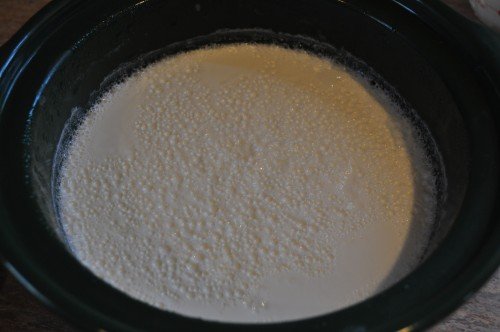 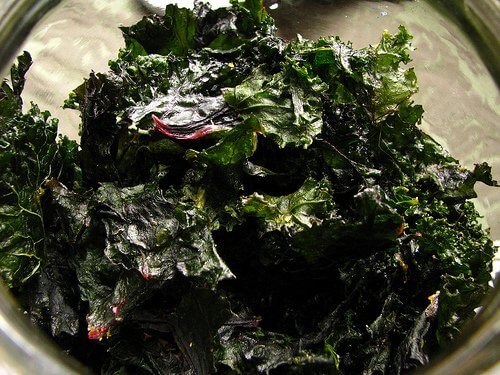