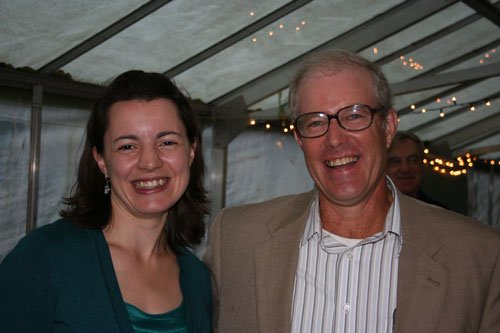 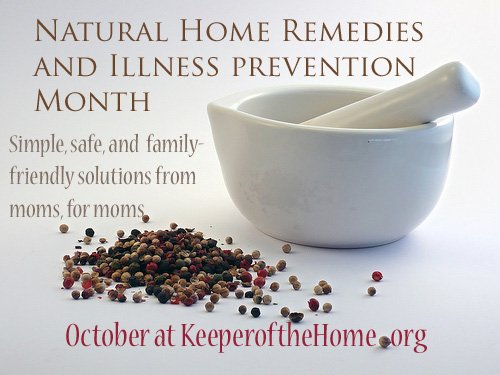 I’m so excited to announce to you the theme for October here at Keeper of the Home!

All month, the great majority of the posts from both myself and my contributing writers will focus on simple, safe and effective home remedies or preventative measures that you can take to avoid getting sick.

Every mama needs to know that avoiding the Tylenol, Vaporub or antibiotics this winter is easier than she might think. We’ll have posts on cold and flu prevention (and even cavity prevention), children’s remedies, homeopathics, cough syrup recipes, using herbs and more! The line up is absolutely amazing and I know that you will want to check back each day throughout October to see what’s new.

On November 1st, to cap off this month’s focus on natural remedies, I will be hosting a carnival for everyone who wants to share any home remedies or prevention tips that they have shared on their own blogs. More to come on that, but put the date in your calendar…

This past Saturday, I was very fortunate to meet a man I greatly admire, farmer Joel Salatin of Polyface Farms in Virginia . My darling husband bought me tickets to attend a special dinner with Joel and then I went to a local university to listen to his lecture on “lunatic farming”.

First, a glimpse into what Joel Salatin and his family do at Polyface Farms as they raise what he calls “salad bar beef” and other pastured poultry and eggs:

I was a bit surprised to find something unexpected welling up in me as he showed pictures and described his style of farming, as shown in the video : worship of our magnificent Creator. The one who made these unique and even laughable creatures, in such a perfect, obviously-ordained way that makes Joel’s common sense system work so smoothly. God’s ways are best, and He truly has made His creatures and the earth to work together in unmatchably harmonious and beautiful ways.

I was hopeful that I could write a post that could begin to capture what Joel had to say. When I arrived back home and began to tell my husband all about the evening, I saw that I had written over 6 full pages of notes, and decided that I might do better to give you a few soundbites instead. 🙂

(And I do apologize that these may not be exactly as he phrased them– I was writing furiously but he’s a man who has a lot to say and not enough time to say it all!)

“Are we overrunning our headlights? We go too far in our innovation, beyond what we can spiritually, morally, ethically support…. (Just) because we can, should we? The most precious things in life (children, family, the future, life) that we can’t quantify on a bank sheet don’t get taken into account. What we have is technology run amuck.“

“We have a populous that doesn’t know how to cook. Every woman used to know how to cut up a chicken, now most don’t even know that chickens have bones. ” (Over dinner he told me that our society is full of “culinary ignorance”, which I thought was a great term!)

“Food safety is entirely subjective. It’s okay to feed kids Cocoa Puffs and Wonder Bread (according to the government) but raw milk and tomatoes grown in compost are bad. (Ultimately) it’s about which science you believe. Food safety is about faith, but faith in who?”

“Who owns our bodies, our 3 trillion member community (of cells, bacteria, etc.)? Does it make sense to be able to practice our religious freedom, but not practice freedom over our own body? If I don’t have the freedom to hurt myself, I don’t have the freedom to help myself. When we give over our freedom to an outside entity/institution, we allow them to control our lives… Local food is too expensive because of capricious, malicious, police legislation that is being controlled by the government, determining what is safe for us to eat.”

“The (conventional food) industry fears food freedom, because we would drive them all out of business.”

“Government is there to preserve the status quo. Innovation will never come from the government! It must come from us, from the ground up, from the individual choices we make. We can’t look at the big picture or we’ll make ourselves crazy. We can wrap our head around what I’m going to eat tomorrow. Together, with these kinds of choices, we can create inertia. We can leave the world better than we found it.”

I rarely talk government on my blog (everyone has their no-blogging subjects, and this is one of mine), but I couldn’t resist posting some of what this conservative, Christian, libertarian, lunatic farmer had to say on the topic, because, well… I agree with him a lot. You probably won’t hear me get into it again for a long time (and I only just touched the surface), but if you’ve ever wondered, well now you know a few of my views on the subject!

One last subject that I asked Joel about during dinner was the question of whether this type of farming could actually produce enough food to feed the world (a question from a reader)… his answer was absolutely yes, and that it was one of his favorite questions! He said that the issue really isn’t whether we could make enough, because in fact, we are already making so much more than enough to feed the world.

The problem, he said, is all of the other factors that stand in the way of those who need the food getting the food: issues of politics, economics, poverty, corporations, Monsanto, etc. I don’t remember the numbers he quote, but he said that the US wastes (I might be getting this wrong) but I think it was over half of the food that they produce. Literally, it wastes and rots and becomes useless.

Switching to grass-fed farming will reduce production a little (but he did say not much, because of all the land that is suitable for raising animals, and NOT for growing crops, as well as taking into account all of the grain that must be grown to feed grain-raised crops, as opposed to raising them on a completely sustainable feed like grass).

The very next day, I happened upon this post which is a longer version of the very points that Joel was making to me (there’s just a teeny bit of language in it, otherwise it’s quite good).

Phew… my best attempt to synthesize a whole lot of thoughts into one decent length post! Hopefully I succeeded and gave you some food for thought.

Which Joel Salatin quote did you like or relate to the most, and why? 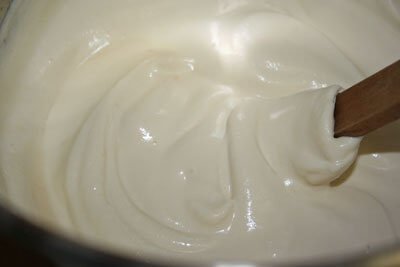 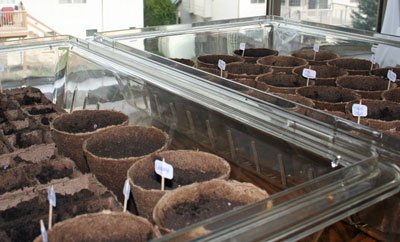 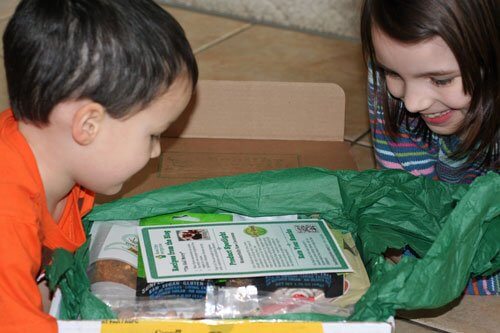 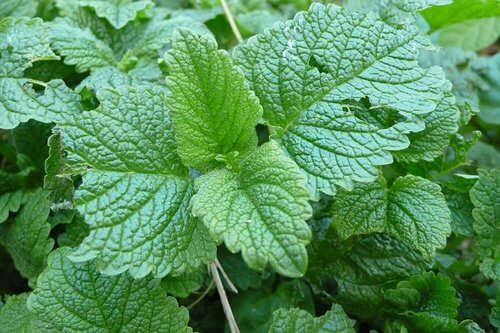