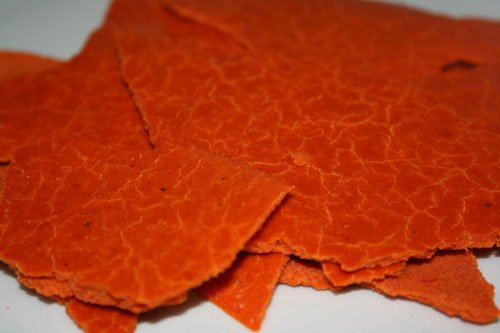 I have to begin this post by stating that we love dairy. I mean, we really love it.

Our desire to take dairy out of our diets has been for one reason only– while doing the GAPS diet for two months, we noticed that each time we tried to add dairy back in, several members of the family had trouble with it. We are hopeful that continued healing of their guts will remedy that problem and allow us to return to our beloved raw milk, raw cheese, etc.

In the meantime, though, we’ve had to get creative. I definitely find it hard some days. There are times when the urge to consume some gooey, melted cheese or some raw milk on my granola threaten to overtake my self-control.

But I digress… we’re talking about dairy alternatives today! And yes, there are many!

Here are a few that our family has enjoyed lately:

There are many alternative “milks” out there. For a whole host of reasons, we choose to avoid those made with soy (read up more on soy here) or grains (like rice milk). We also avoid the store-bought nut milks, like almond or hazelnut milk, primarily because the nuts are not soaked and they may contain other ingredients that aren’t really necessary.

I do occasionally make homemade almond milk from soaked almonds, but truthfully, it just isn’t my favorite. I don’t find it especially creamy or rich, and it just changes the taste of things too much for me.

Coconut milk also has a different taste, but for some reason its mild sweetness is really pleasing to me.

The usual way that I make our “coconut milk” is simply by diluting a can of Thai Kitchen Organic Coconut Milk with filtered water in a 1:1 ratio. I mix it well with a whisk (or if I’m being lazy, by putting a lid on the jar and shaking it well). Another great option is to make a Coconut Milk Tonic, using coconut water instead of plain water.

I’ve also just recently purchased some dried coconut milk from Wilderness Family Naturals, to have another option. I’m still researching the effect of the drying on the fats in the coconut milk powder. I do like that it makes wonderfully smooth coconut milk. I also love having the option of just using as much powder as I need in a recipe, if I don’t want to open a whole can of coconut milk. It’s important to mention that this milk powder does have a trace amount of casein in it, so for those with true dairy allergies, it won’t be a good option. So far, we have noticed any negative effects from using it, but we aren’t dealing with an actual allergy.

We don’t really use our coconut milk for drinking, but more to replace milk in smoothies and in recipes. I tried it the other day in Spud Special Soup and also in Garden Chowder, and they both turned out amazing! It’s also perfect for baked goods.

This is something that we gave a whirl last spring/summer when my husband was on a dairy-restrictive diet. I liked the option of hemp because it is a seed, not a grain (and goodness knows we all eat enough grains and don’t need to start drinking them as well!). It is really packed with nutrients including good fats and protein.

I have purchased pre-made hemp milk from Manitoba Harvest in tetra packs. The convenience was great and the taste and texture were nice, too. It’s definitely a bit pricey, and even though I bought it by the case it wasn’t that much cheaper than my crazy expensive raw milk!

A much more frugal option is to just buy the seeds yourself (and the larger the amount, the better the price, of course).

I just soak them overnight, using 2 Tbsp of seeds per 1 cup of milk (so about 8 Tbsp per litre/quart, depending how thick you want it). In the morning I just blend it up for a minute or two. If you’d like it to be a bit sweeter, you can add a touch of honey and a teaspoon of vanilla, and maybe just a pinch of sea salt.

This was also nice over homemade granola, in smoothies, and even in cooking like soups or for making white sauces (though I prefer coconut milk better for this purpose).

You can see a video of how I make my coconut milk kefir in this post. Our favorite way to use the thinner, diluted kefir is in our morning fruit smoothies (it’s incredible with frozen strawberries, bananas and honey) and also poured over our homemade soaked granola.

The thicker kefir (undiluted) is just lovely used as a cream with fresh fruit, or like a dollop of sour cream on Mexican food. It also works nicely in place of yogurt, and is delicious with frozen berries, almonds and a bit of honey.

Speaking of whipped cream, cashew cream is another yummy alternative. My husband and daughter didn’t like it as much as my son and I did, so it may not appeal to everyone, but I thought it was quite delicious if you enjoy cashews.

I thought that Kimi at The Nourishing Gourmet had a recipe for a sweet cashew cream, but it turns out hers is for Garlicky Cashew Sour Cream. But, you could take that basic recipe and method, and instead of the lemon, garlic and cucumbers, you could add a bit of sweetener like raw honey or Sucanat and some vanilla, and voila. Sweet Cashew Whipped Cream!

Just make sure that when you’re using nuts to soak them overnight first. This breaks down the enzyme inhibitors in nuts, making them easier on the digestive system and making their nutrients much more readily absorbable.

This one Cheese-It Cracker recipe has made being dairy-free tolerable. I know, a dramatic statement, but it may almost be true. It has a strong flavor, that honestly tastes almost fake (like cheesy Doritos), except it doesn’t really taste fake. It’s hard to describe, but they are truly tasty.

A few examples of the ways that we eat these babies:

I don’t bother to score mine and make them into nice cracker shapes. I simply break them apart after. You could score them when they’re partially dehydrated so that they break apart into perfect cracker shapes instead.

This sauce is basically the above cheese cracker recipe, but before it’s dehydrated. I like to mix this with rice pasta for “mac & cheese”. You could also use it in place of a cheesy white sauce in any casserole type recipe. It’s so simple to whip up in the dehydrator, so it is a handy recipes for quick meals.

Another great way to make a “cheese” sauce is to use the sauce from the Dijon Scalloped Potatoes below. It’s not exactly cheesy, but it will substitute fairly well. You can omit the onions if you want it to pour over veggies, like cauliflower or broccoli. Adding some brewer’s yeast flakes to the sauce will enhance the cheese flavor, as will a bit of extra salt.

I fell in love with this recipe when we were first married. It’s from a vegan cookbook, How It All Vegan. Though I’m certainly no vegan (I’m pretty sure I’m the exact opposite of a vegan!), I really do enjoy a good vegetarian/vegan cookbook because they have so many wonderful recipes that use vegetables, beans and legumes, etc. in creative and delicious ways.

No, it’s not exactly like typical scalloped potatoes smothered in a creamy sauce with melted cheese, but it really tastes pretty good. I’ve served it to guests many times and everyone always seems to truly enjoy it.

So I haven’t actually tried this one yet, but I’m eager to! It’s listed under the Fermented Vegetable section in Nourishing Traditions. It is basically fermented mashed potatoes, or so it seems. It is from a frugal housewives handbook from the 1800’s.

It sounds fascinating. And I honestly have no idea if we’ll like it. But hey… we like potatoes. And cheese. So why not potatoes that taste sort of cheesy? Has anybody actually tried this recipe?

This certainly isn’t an exhaustive list of dairy alternatives, but these are some that make being dairy-free a whole lot easier. We are learning that there are plenty of great options for meals and snacks without dairy products, if we’re willing to be just a little bit creative!

What are some dairy alternatives that your family enjoys? Any recipes to share with us? 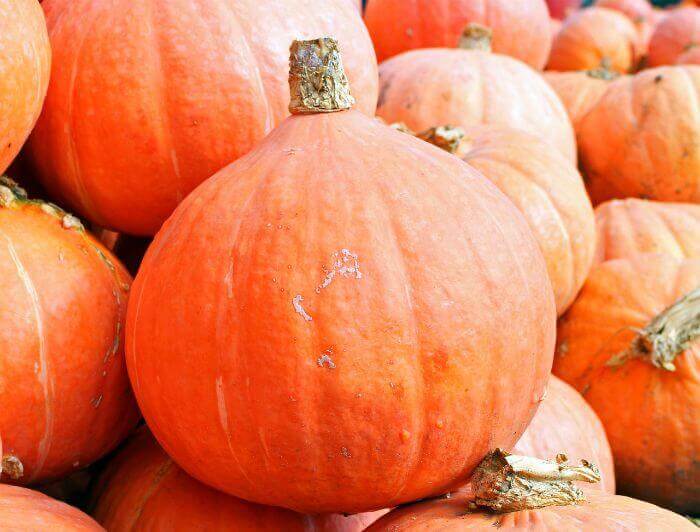 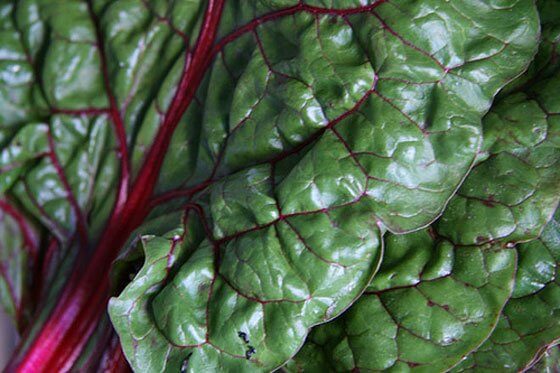 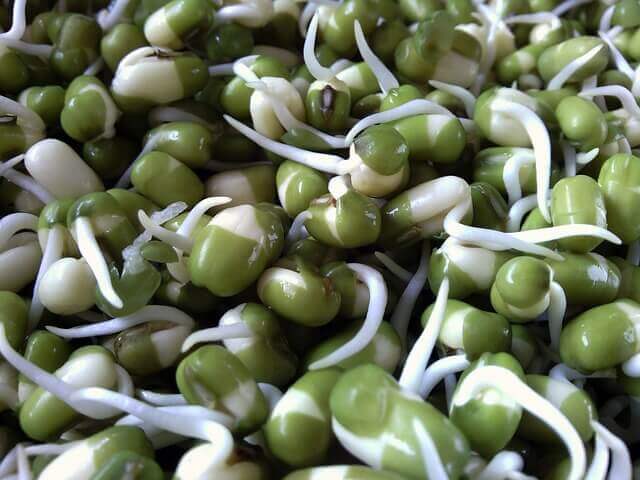 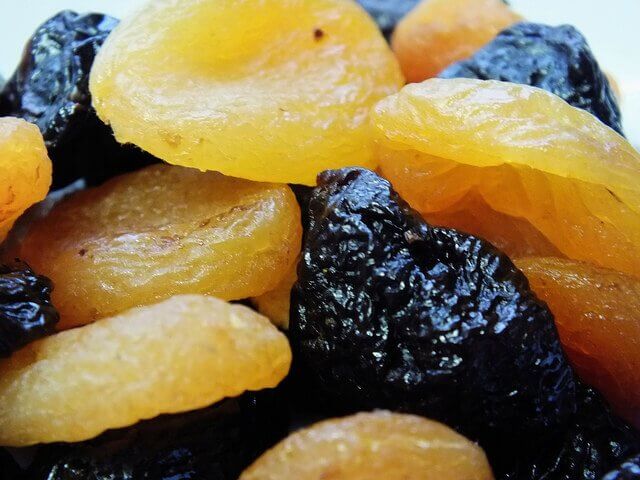 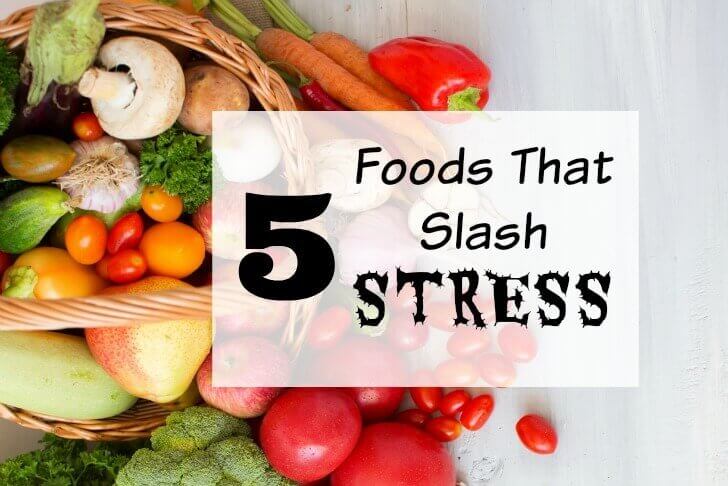