You are here: Home » Blog » Natural Living » A Lament for my Raw Milk 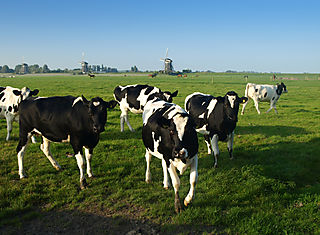 Written with a whole lot of help from my creative hubby, and much, much laughter (oh, the naughty things we joked about saying!)

(A poet I’m not, but I just sort of thought that a poem might be the way,
to share of my woes and wiggle my nose with disgust at this immoral fray.)

There once was a health conscious Mom,
whose heavenly raw milk came from
a farm, safe and clean,
as you’ve ever seen.
It was nourishing, pure and wholesome.

Until one unfortunate day,
when the government dropped by to say,
“You’ve broken the law,
By keeping it raw.
Desist or we’ll lock you away.”

Their mandate and mission is clear.
To fill all the people with fear,
of drugs and of thugs,
and raw milk in jugs,
so we’ll vote for them year after year.

Ahhh, my poor little poem can’t really convey the situation or the frustration that I and all the other shareholders feel as our raw milk (that is our rightful property!) is being withheld from us, due to a flawed Order to Cease and Desist.

The distribution of raw milk is illegal everywhere in Canada. Our cow share went out on a limb by finding a legal loophole (and checking it over very carefully before beginning), which allows us to purchase shares as cow owners, thus owning a portion of the milk that is produced. It is legal to drink raw milk from a cow that you own, as it is personal property that you may do with as you like.

Over a week ago, milk was seized and dumped down the toilet at one of the 5 drop points used by our cow share. This week the order to cease and desist was given to the farmers, and we are unable to pick up our milk (which we have paid for) and it will go to waste this week. The issue has been taken to the BC Court of Appeals, but we really have no idea what to expect next. If you’re interested, here is a bit more info and the official letter of appeal for our case.;

It is unbelievable to me that a group of regular people, purchasing cows together so they can drink fresh, unpasteurized milk, is an issue worthy of the government’s time, money and energy! Can it possibly be for any reasons other than control over what individual citizens do, and to protect the interest’s of the highly influential and affluent dairy industry? (I love the phrase “dairy cartel” used in the letter of appeals!)

So tell me- what is the raw milk status where you live? And just to open up a can of worms (keep it family friendly, everyone!) what do you think about government regulation of these kind of things anyways? 🙂

How to Make Your Own Natural Makeup (with Video)

10 Questions for Expectant Moms to Ask BEFORE the Third Trimester