You are here: Home » Blog » Family Life » The Unhealthy Truth Behind the Coca-Cola Label 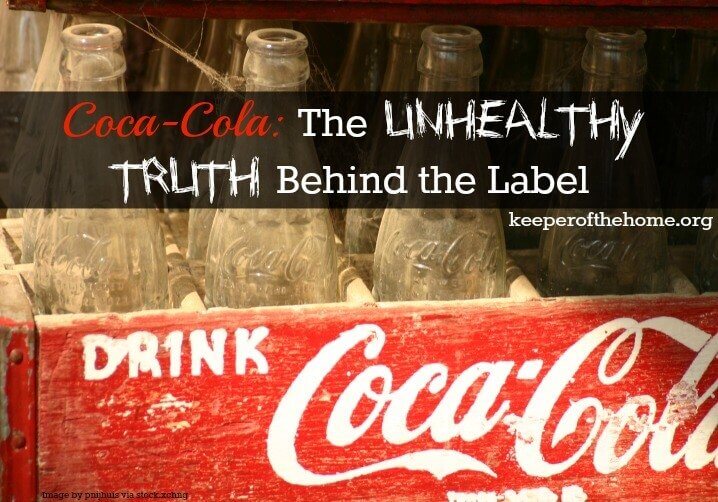 Why do I? I drink raw milk, eat pastured meat and write real food cookbooks.

And yet…and yet sometimes when I go to a restaurant I order my meal based on how well it will taste with a tall glass of Coke!

I know Coke is unhealthy, but I like the taste.

My appreciation for Coke goes deeper than that, though, and I suspect this is the case for many of you as well (whether with Coke or something else).

For us it was always a special treat growing up, one we only had at birthday parties or in ice cream floats on a summer afternoon.

It’s a pride thing, too–Coke is from Georgia and so am I. Oh, and I have a soft spot for bears. Those adorable polar bears in Coke’s Christmas advertisements always do me in.

In the United States, Coca-Cola is a cultural icon that’s part of our identity. The company has created fans since 1892 with its unique bottle shapes and recognizable logo. Their advertising campaigns are genius–they have a corner on Santa Claus and the Olympics, while their war effort campaigns of the 1940s are legendary.

The Coca-Cola company, like other processed food producers, entices us to eat their unhealthy products by building a relationship with us through their packaging. We let ourselves get wrapped up in logos and labels and silly jingles.

Coca-Cola’s aggressive and persistent advertising efforts over the last century have resulted in our consuming an average of 470 soft drinks per person in 2011! (Source.) Americans guzzle soda like water.

This is what you get when you drink a Coke: 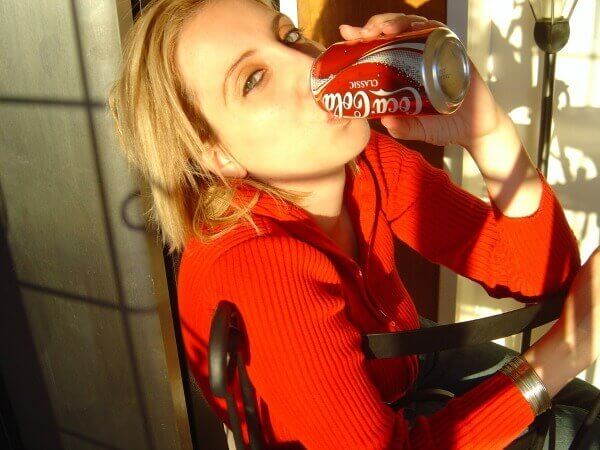 This ingredient gives Coke its tangy flavor, but it also erodes tooth enamel and studies have linked it to chronic kidney disease (source).

A 12-ounce can of cola (apparently brand doesn’t matter) contains 33 grams of sugar or the equivalent of about eight teaspoons of white granulated sugar (source).

The caramel coloring in Coke contains amounts of a known carcinogen created as a byproduct of the manufacturing process (source). 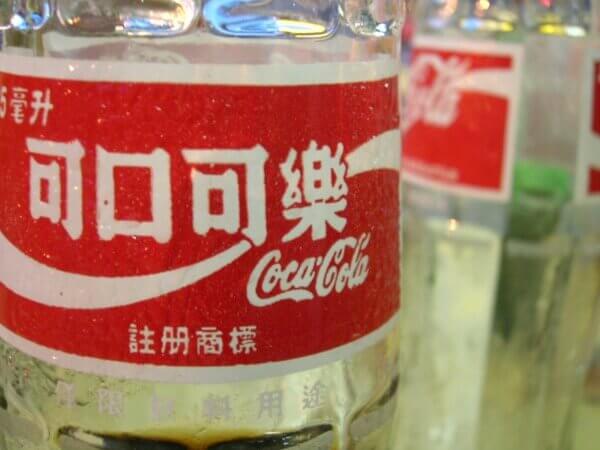 Coke’s low-calorie offerings are even worse than their classic counterparts. Aspartame, the sole sweetener in Diet Coke, caused various cancers in animal studies and may also cause neurological problems and headaches (source).

Caffeine occurs naturally in coffee, tea and cocoa, but is purely an additive in soda products. Caffeine is mildly addictive, disrupts sleep patterns and may increase the risk of miscarriage (source).

Even if you haven’t researched all of these components, many people know that soft drinks aren’t exactly elixirs of life.

This beverage is now available in nearly every country in the world and in growing amounts.

My mom, who spent time in Colombia in the 1970s, remembers how even the poorest Colombians served the beverage as a special treat for their guests.

I’ve found Coke in every place I’ve lived in and traveled to, as well. It shows up at every cookout and onces (afternoon tea) in Chile, while Mexico outstrips even the United States in Coke consumption.

And now, according to Muthar Kent, CEO of Coca-Cola, Africa is on the horizon as Coke’s next big marketplace (source). 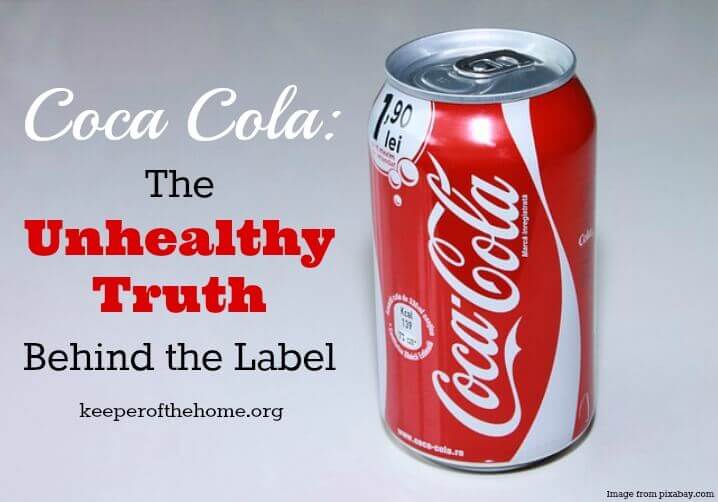 Coke doesn’t rely on its American marketing techniques to build a presence in these countries. (A bundled-up, rosy-cheeked Santa Claus doesn’t have the same effect in a country where you can jump in the pool on Christmas day, for instance.)

Instead, the company creates unique beverages and packaging tailored to the preferences of individual countries and regions. The company also builds recognition by putting up banners and signs in shops that sell Coke, and sponsoring popular local sporting events.

Coke’s presence in developing countries in particular is far from controversial.

On one hand they are providing new jobs in developing nations and sponsoring community enrichment projects.

On the other hand Coke has been fiercely criticized for causing water shortages, micromanaging local businesses, and becoming a new form of colonialism. The detrimental effects of their bottling plants upon the environment and their close connections with politically less-than-free regimes have also been causes for concern (source).

What We Should Take Away From All This

Coke is not all its genius marketing proclaims it to be. Next time, instead of taking “the pause that refreshes,” pause to reflect on the real, global Coca-Cola machine and the true contents of its product. I know I will be!

I’m not saying you should never drink a Coke again, but be savvy about what’s behind that nostalgic red and white label. Marketing is powerful, and companies spend massive amounts of money trying to get us to be loyal to their brands. But we don’t have to be.

When we reconnect to the land and experience its abundance, the packaging of processed foods lose their hold on us. We are no longer pulled into the bright colors and catchy slogans of the processed food industry. Instead we discover the richness of God’s creation and the abundant, healthful food he has created for us to eat and enjoy.

Did you know the unhealthy truth behind the Coca-Cola label?

Disclosure: I have included an affiliate link in this post. строительство домовнедорогой хостел киевгрузоперевозки киев

Child Labor and the Chocolate Industry
Next Post: How Does Coffee Affect Your Health? {plus 6 Coffee Alternatives!}