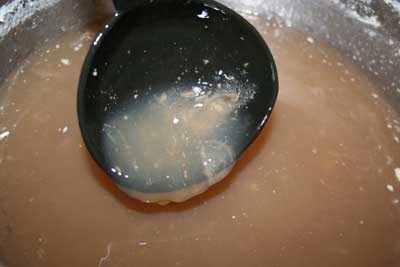 The topic of homemade bone broth has come up many times on this blog. You just might know by now that I think it is fantastically nourishing for the body, as well as the perfect way to help stretch out the budget and make good use of all that we’ve been given.

One common question that comes up when the topic of bone broth arises is:

“Is it supposed to get thick and gelatinous? If so, how do I get it that way? Mine never seems to thicken up.”

When I first began making bone broths, I couldn’t seem to get them to the texture that I wanted them either. The books told me that to know that I was getting the benefits of the gelatin in the bones, I should end up with a broth that is actually thick and jelly like when cooled. I knew that something was missing in the way that I was making my broth.

As I read more, I realized that the addition of apple cider vinegar in the beginning was very important, so I began to do that, but was still only occasionally achieving a gelatinous texture. In fact, the only times when it worked really well was when I used my crockpot to cook a whole chicken, with some water in there to start off the broth. Once my chicken was cooked, there would be small amounts of gelatin in the crockpot as well, which I would save to add once I began making broth with the remaining bones.

I then read somewhere that the bones should soak in cold water for about an hour before beginning to boil them. I put two and two together. When I make a chicken in the crockpot, it takes a while for the water to heat up. Thus, the bones were being soaked in cool water first, before being boiled. Aha!

The next time I made broth, I added apple cider vinegar to my pot with the bones, covered the bones with cold water, and let it sit for 1 hour. Then, and only then, did I turn the burner on and begin the process of simmering the bones to make the broth. For the first time, I suddenly achieved broth that cooled to the perfect, gelatinous texture, proving to me that I had indeed reaped all of the benefits (gelatin, minerals, etc.) from those bones. Success!

I took these pictures when I made a huge batch of beef broth some months ago, because the gelatin was just so thick that I hoped that you would be able to see it in the pictures. This is when the broth is completely cool, after being in the fridge overnight before putting it into jars to freeze. When it was warm, it was completely liquid and runny, which it should be (because who wants to eat jelly-like soup?), but once it cooled I could tell that it had turned out just right. 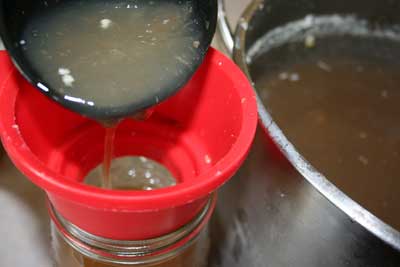 So that, my friends, is what bone broth should really look like. Any questions? Or tips from those who also make it? 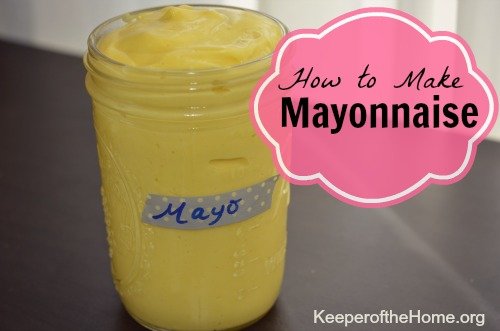 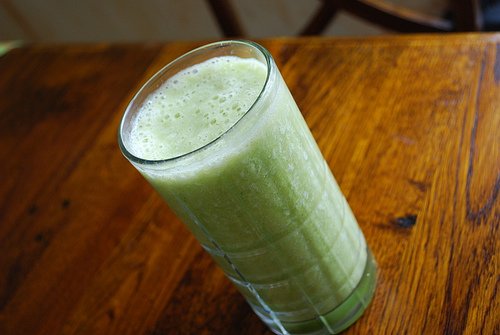