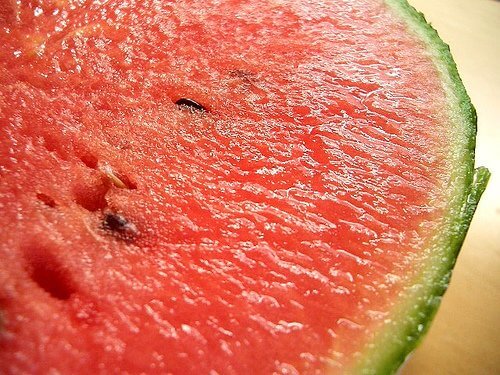 This is the last of the excerpts from my new book, Real Food on a Real Budget. It was taken from Chapter 7- Eat Local, Eat Seasonal. This month one of the topics here at Keeper of the Home is local and seasonal food, so this seemed a fitting topic to share!

In one of my favorite reads this past year, Animal, Vegetable, Miracle by Barbara Kingsolver, she explains the concept of seasonality through a little creation she calls the “Vegetannual.” This incredible (yet completely imaginary) plant is intended to demonstrate the seasonal cycle of vegetable production over the course of the year.

It begins with crisp greens and asparagus in early spring, moves on to the peas, cabbages and cauliflower of later spring. Early summer finds the beginning of summer squash and cucumbers, which as the summer progresses have given way to glorious, plump tomatoes and mouth-watering melons. Late summer we see the arrival of corn and potatoes, and then as fall begins its triumphal entrance, we find winter squash and root vegetables in abundance, ready to see us through the winter.

“Some minor deviations and a bit of overlap are allowed, but in general, picturing an imaginary vegetannual plant is a pretty reliable guide to what will be in season, wherever you live. If you find yourself eating a watermelon in April, you can count back three months and imagine a place warm enough in January for this plant have launched it’s destiny. Mexico maybe, or southern California. Chile is also a possibility. If you’re inclined to think this way, consider what it took to transport a finicky fruit the size of a human toddler to your door, from that locale.

Our gardening forebears meant watermelon to be the juicy, barefoot taste of a hot summer’s end, just as pumpkin is the trademark fruit of late October. Most of us accept the latter and limit our jack-o-lantern activities to the proper botanical season. Waiting for a watermelon is harder. It’s tempting to reach for melons, red peppers, tomatoes, and other late-summer delights before the summer even arrives. But it’s actually possible to wait, celebrating each season when it comes, not fretting about its being absent at all other times because something else good is at hand.

If many of us would view this style of eating as deprivation, that’s only because we’ve grown accustomed to the botanically outrageous condition of having everything, always.”

A few years ago I was ignorant to this cycle of plant life and food production. I did not understand that the supermarket tomatoes in March and the melons in December were just simply not the way that food really grows. Nor did I appreciate the difference to be had between foods that were grown out of season and transported thousands of miles for my convenience, compared to those that were grown in season and picked at their peak of ripeness and perfection. 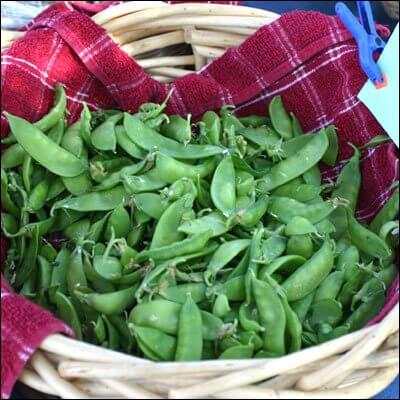 I have come to not only appreciate, but greatly anticipate the arrival of each new season and the produce that it brings. This spring found me eager to savour fresh asparagus and to make salads out of my own garden greens. By summer I was absolutely longing for delicious berries right off the bush, and scrumptious dinners including zucchini, cherry tomatoes and basil straight from my garden.

We’re now in the midst of corn season as I write this chapter and it’s challenging for me to pass by a roadside stand without purchasing any for dinner that week, or to go for a walk in the park without taking twice as long due to stopping to pick almost every single ripe blackberry I see. I watch my neighbour’s apple tree with great expectation, knowing that later this month those apples will be crisp and sweet and mine for the picking. Three cheers for neighbours who don’t want to harvest their own fruit trees.

So how does this all tie in with the fact that we are after food that is not only whole and nourishing, but frugal as well? It’s fairly obvious that seasonal produce has many perks: it is fresher, tastier, contains higher nutrients (because it hasn’t traveled long distances during which its nutrients were lost), and it is a truly wonderful and beneficial thing to support what is being locally produced each season.

Beyond that, though, buying and eating seasonally has many benefits for your pocketbook as well! Food that has not had to travel long distances and is ripe and in abundance quite often comes at a much cheaper price than foods that are not in season. There is a real cost to food transportation and storage, and we pay that cost with our food dollars when we buy based on what we feel like eating, rather than what’s seasonally available to us.

Want to learn more about knowing what’s in season and how to find local/seasonal deals? Purchase the book Real Food on a Real Budget!

How does buying local and seasonal impact the way that you shop and eat?

Real Food on a Real Budget: Finding Sources for Purchasing Real Food
Next Post: Video Blog: How to Wash Your Face Using the Oil Cleansing Method