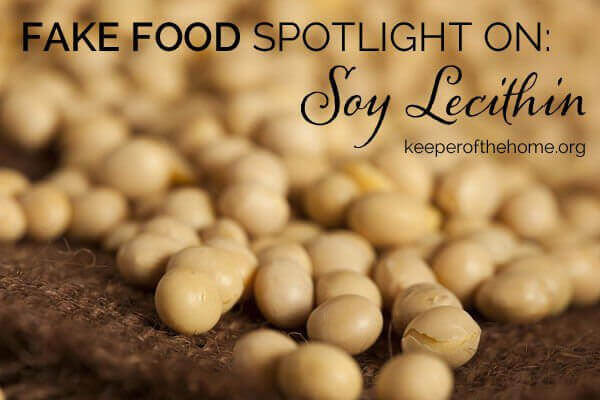 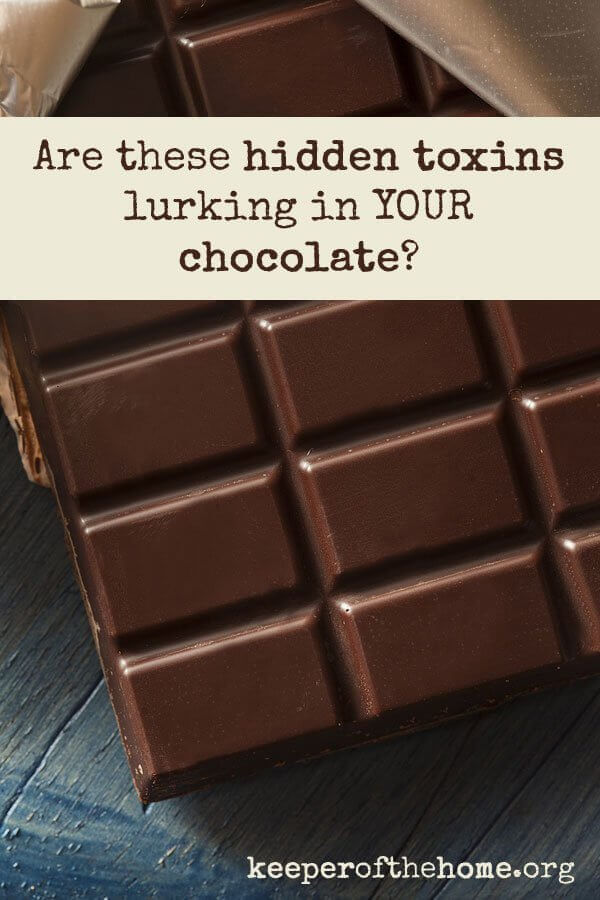 Chocolate has served as a sacred elixir, an aphrodisiac, and a comfort food for multiple civilizations since the time of the Aztecs. With a scientific name like theobroma, which literally means “food of the gods,” there’s little question why.

But through all of those thousands of years of civilization and up until the 1920s, chocolate bars and chocolate products were made exclusively from chocolate – that is, from various products from the cacao plant itself.

However, in the latter part of the 1800’s and the early part of the twentieth century, German scientists uncovered the various uses of a new byproduct of the growing soybean industry, soybean lecithin. One of their experiments included adding soy lecithin to chocolate, and they discovered that by its addition, the final chocolate products wept less, emulsified the cocoa butter and the cocoa powder better, partially replaced the expensive cocoa butter, and seemingly mixed the cocoa powder better through the chocolate mixture.

Today, soy lecithin is a de facto ingredient in the majority of chocolate products available worldwide – but is it the panacea it is purported to be?

Today I’m continuing our on-going Fake Food Spotlight series by taking a closer look at soy lecithin – and the other things we might be eating unsuspectingly when we eat soy lecithin.

We’ve already taken a sometimes-scathing look at more than a dozen food additives, so don’t miss a single one of these posts:

Lecithin is a fatty material found in the cell membranes of all living cells. It’s a phospholipid, which means it plays nicely with both oil and water, and it regulates the nutrients entering and exiting the cell.

Lecithin is found in the highest concentrations in egg yolks, soybeans, peanuts, sunflowers, calf liver, the human spinal cord, and the human brain. Lecithin is a building block of life, most certainly.

However, the ingredient soy lecithin is an entirely different product, as the syrups and granules of lecithin that are added to our food are HIGHLY processed and isolated by using harsh, neuro-toxic chemicals. I would go so far as to say that other than retaining its chemical structure as phosphatidylcholine, commercial soy lecithin has no resemblance whatsoever to the lecithin originally found in the soybean.

(Also, don’t forget that more than 90% of the soy in the United States is genetically modified and sprayed heavily with pesticides during its growth.)

But before we go any further, let’s take a look at how soy lecithin is made. Here’s the typical process:

Soybeans arrive at the factory and are washed, dried, and mechanically de-hulled. The beans are then heated to coagulate the soy proteins and make it easier to extract the oil.

The heated beans are cut into flakes, then submerged in a solvent, usually hexane, which is a byproduct of gasoline refining. This causes the oil to separate from the flakes and the hexane is removed (still carrying the oil). The flakes at this point contain less than 1% soy oil and are ground up for livestock feed or to be used as soy protein in protein shake powders

The solvent is evaporated from the oil and what’s left is a (supposedly) hexane-free crude oil that still contains many oil-insoluble and oil-soluble impurities that need to be removed.

This crude soybean oil is what is then shipped off to make soy lecithin.

First, a small amount of hot water is added to the oil and the whole vat is agitated until it becomes a thick, gummy sludge.

The sludge is placed in a centrifuge and spun, which separates the oil from the remaining water/lecithin mixture. That mixture is then washed with an alkali solution and bleached either once or twice, usually with hydrogen peroxide.

Once the bleaching is finished, the mixture is dried to remove the remaining water, which creates a fluid soy lecithin, or washed with acetone to remove any additional oils or fatty acids and create a dry, granular soy lecithin.

Fluid soy lecithin is made available to commercial food producers, and granulated – or “refined soy lecithin” – is available both for the food industry and for the home cook at your local grocery store.

(Side note: Mountain Rose Herbs just began carrying a fluid organic soy lecithin for use in both foods and cosmetics that supposedly doesn’t use any solvents in its extraction. Hmmmm…. intriguing. Check it out if you’re interested.) 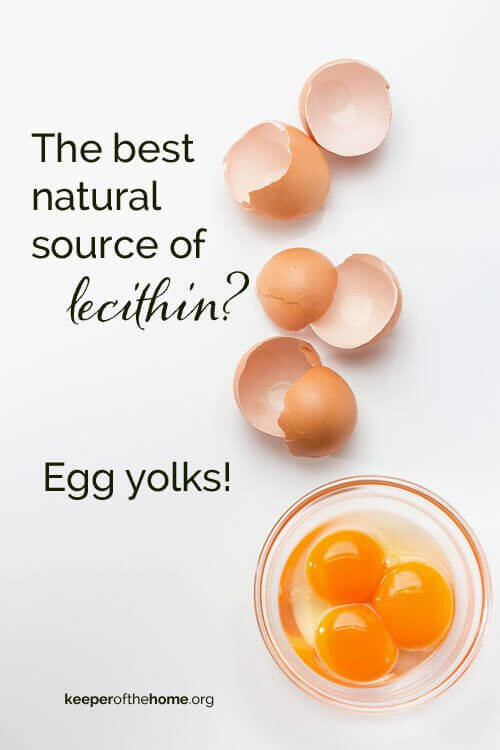 How it affects us:

Here’s where things get a leeeeeetle bit interesting.

As you can tell, I’m not a fan of soy lecithin – or even soy in general. Soy mimics estrogen in our bodies and messes with our hormones, soy is very often genetically modified (which concurrently means there’s a heavy pesticide residue on the plants when they arrive for processing), and soy lecithin is heavily processed.

HOWEVER, the amounts of soy lecithin that we’re talking about are incredibly small. Typically the amount of soy lecithin in a packaged food accounts for less than 1% of the ingredients by weight, if that. Also, since it’s derived from soy oil – not soy protein – theoretically it has no phytoestrogens nor proteins, so (again, theoretically) it doesn’t present an allergy risk like soy often does.

Also, we should keep this in perspective. Compared to the toxin load to which we are exposed each day, soy lecithin comprises an incredibly small percentage of the stressors to which our bodies are exposed. The air we breathe, the soil in which our food is grown, the chemicals and fragrances on fabrics everywhere we go, the chemicals in cleaning supplies we either use ourselves or that are used by janitorial teams in public buildings – EVERYTHING around us together contributes to the overload of toxins on our systems.

So why should we care?

Conventional soy is typically genetically-modified – currently, more than 90% of the soy grown in the US is GMO – and the soy lecithin derived from it is therefore also twisted (literally). 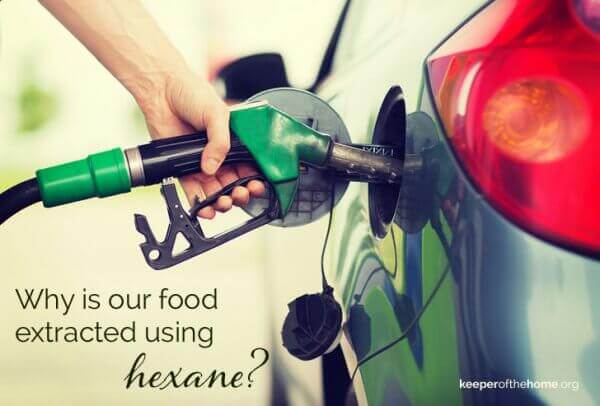 n-HEXANE is what I consider the hidden toxin that should worry us most, not the soy lecithin itself. The FDA currently provides no upper limit of hexane residue allowed in food products (except for beer and spices, interestingly enough), despite one since-withdrawn guidance stating that “At least one major U.S. producer has stated that its manufacturing standard for lecithin derived from soy is set at… 50 mg of hexane per 100g lecithin.”

Also, according to one study published in the Journal of the American Oil Chemists’ Society, the typical hexane residue left in crude soy oil is 500-1000 ppm, and since soy lecithin is derived directly from that crude soy oil, we can safely assume the hexane residue in soy lecithin is similar, which The Cornucopia Institute and others have confirmed.

But even if it’s not in a similar concentration, we can certainly safely assume that soy lecithin is not hexane-free. (Just like foods with trans-fats can legally be listed as trans-fat free in certain conditions…)

So what is hexane?

Hexane is a by-product of gasoline refining and is classified as an air pollutant by the Environmental Protection Agency (EPA) and as a neurotoxin by the Centers for Disease Control and Prevention (CDC). The US Pharmacopeial Convention labels it as a Class 2 Solvent, the class for solvents that cause long-term (rather than immediate) toxicity and are recommended only for limited use.

Chronic exposure to hexane by inhalation in factory workers has been linked to a number of neurological conditions, including numbness of extremities and the inability to stand, but the research is divided on whether consuming trace residues over a long period of time is likewise a health hazard.

But what troubles me most about hexane is that as a neurotoxin, long-term exposure affects the nervous system. A properly functioning nervous system is what allows us to grasp pencils, walk upright, hold a straight gaze, and cuddle our loved ones without shaking. Since SO many plant-based oils – and their derivative products, such as soy lecithin – are extracted using hexane, it is possible that hexane residue is widely present at very low levels.

When hexane enters the body, it is absorbed into the bloodstream and within a day or two is metabolized by the liver. It’s then excreted in the urine and is not normally stored in the body. However, if exposure to hexane is prolonged or high, it can remain in the body and cause nerve damage.

Soy lecithin, while certainly not a desirable ingredient and for all intents and purposes a fake food, only causes damage that ultimately CAN be healed once the offenders (soy lecithin and other soy products) are no longer causing new damage. For example, hormones that are out of whack due to excessive soy can be rebalanced over a period of time once soy is no longer part of the diet.

However, hexane has the possibility to cause irreversible or very slow-to-reverse nerve damage if exposed over long periods of time, so even though the amount is very small in most foods, it’s not one I’d like to expose my children to very often.

Basically, I’d rather be safe than sorry.

And really, why are we even discussing whether or not a gasoline by-product belongs in our food supply? Yikes.

And we haven’t even addressed hexane’s environmental impact! 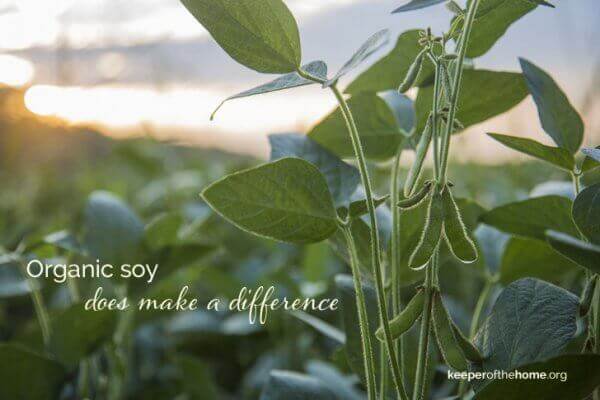 This is one of those times when certified organic really does make a difference. If the ingredient listed is organic soy lecithin, it is required to be GMO-free, it may not be extracted using hexane (it’s typically processed using a water extraction method), and any pesticides and insecticides used must be approved for organic certification.

Where you’ll find it:

Soy lecithin is used as an emulsifier to keep water and fat from separating in products such as margarine, peanut butter

It’s also a stabilizer, which is why it’s used in chocolate. Here it blends not fats and water, but fats and solids, stabilizing them in variable temperatures and extending shelf life. This is especially helpful when a manufacturer wants their chocolate bars to look and act the same in Seattle, Washington as they do in Denver, Colorado, and Miami, Florida.

It’s also a surfactant, which reduces the surface tension of liquids, which is why soy lecithin is added to dry powdered goods, such as coffee creamers, infant formulas, and cake mixes, as it reduces clumping in the package and breaks up lumps as liquids are added.

How to avoid it:

Do you think soy lecithin is a food we should avoid? What about hexane? Please leave your thoughts in the comments! 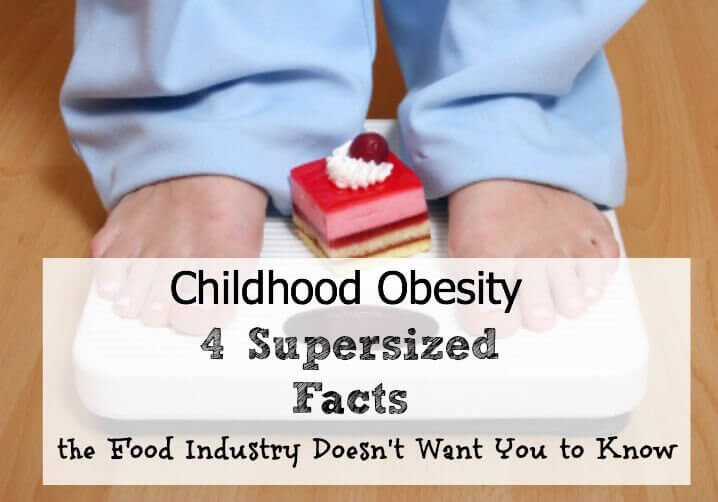 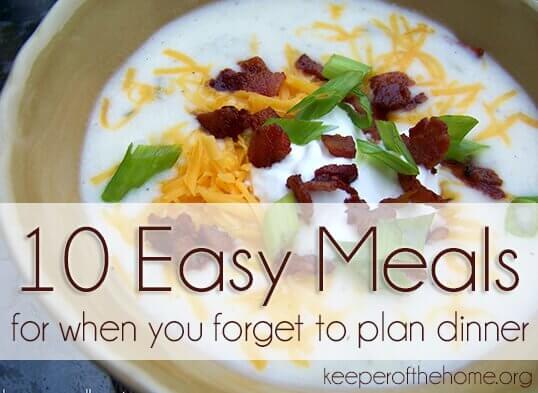 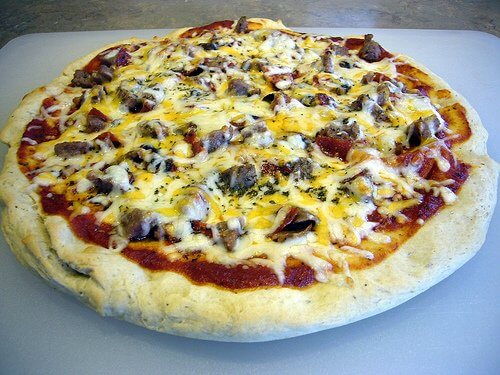