You are here: Home » Blog » Homemaking » A Homeschooling Conversation with Susan Wise Bauer: Frustrated Kids, Making Changes, and When It’s Time for a Break

The other week, I shared the first of this two-part interview with Susan Wise Bauer. She is the author of Story of the World, co-author of The Well Trained Mind, and she runs Peace Hill Press, which puts out a number of very popular homeschooling curriculum.

This is the continuation of that interview, as I (along with Tsh, Heidi, Jessica and Mandi) discuss some of the ins and outs of homeschooling.

Knowing when to switch to a new curriculum, finding what works for your child, understanding frustration, and letting go of the guilt… join us as we talk! 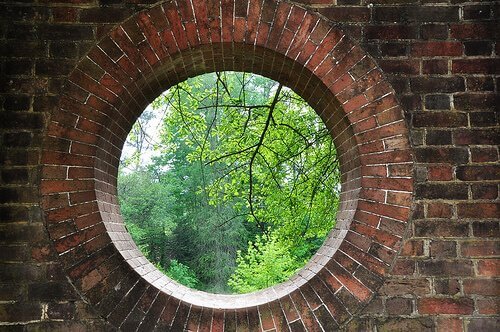 How do you tell the difference between when a child is just going through a hard season or when someting (a curriculum or method) is not the right fit for your family?

Susan: Well, it depends on whether they’re giving you a hard time across the board. Then it might be a life phase that they’re going through, which sometimes they do. All the boys have had periods where they were unbearable to be around. Maybe it’s just a testosterone thing? Emily never did that (she says as she smiles over at her daughter Emily, and Emily giggles).

But if they’re giving you trouble with one specific subject, I think I would always blame the curriuculum before I would blame the kid. The first thing I would do is switch, then if they don’t like that one either, then maybe you’re dealing with a dislike for the subject. But the younger a child is, the more that their disike is an expression of something that’s not working for them, you know? So if a kid cries over a curriculum, always ditch it.

Stephanie: Really? Because my daughter’s been crying over math for a year, and I thought it was either a) I’m a terrible math teacher, or b) she’s just convinced herself she can’t do math.

Susan: You need to change the program. Tears are non-verbal frustration. They’re an expression of “there’s something so wrong here that I can’t even begin to put it into words”. They can’t even say to you, “I can’t do this”.

Jessica: Even in a kid that’s prone to tears over not liking something?

Stephanie: Sometimes she gets it, and when she gets it she’s happy and she’ll do her whole unit great.

Susan: If there’s a pattern of tears, that’s non-verbal frustation. Listen, I have criers. All my kids are criers (well, most of them). They just used to tear up all the time, but there’s a difference between that and the frustrated tears. Tears are a big deal, even in a kids that’s prone to tears.

And anger is a big tip-off. Because with some kids, that’s how it takes them. They just get mad at the curriculum, but that’s that same non-verbal frustration. They’re just feeling that there’s something so wrong here. You know, it’s how you feel in life when there’s a situation on that’s so knotty and complicated that you can’t figure what end to pull first– you either cry or you get mad. I would always pay attention to that. 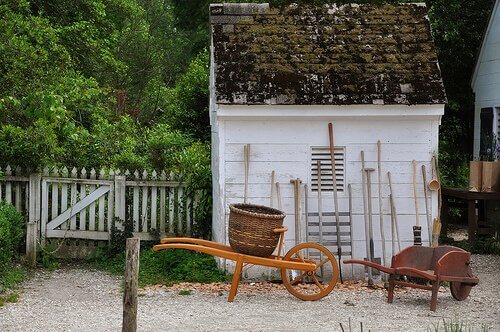 Stephanie: I’m such a young homeschooler that we haven’t really played around with a lot of different curricula, so it’s hard for me to even imagine what would be so different about learning to subtract with this curriculum vs. with that one.

Susan: With skills areas (and math in the early grades is a skill), it’s like having a piano teacher that’s unable to communicate to the kids how to play piano. With skill programs, there are some that make sense and there are some that don’t. As an adult, you may look at it and you may not see the difference, but it’s the order in which the things are presented, it’s the form in which they’re taught to do it.

You know, Emily can do long division one way, and she can’t do it the other. The way that she can’t do it is the way that I was taught to do it, which is why we got a math tutor. The way that she would do it that made sense to her, I would look at and say “What? I can’t even understand what you’re doing here!”. Math curricula are like that. If even the format doesn’t make sense to the kid, you need to switch. It does make a difference. 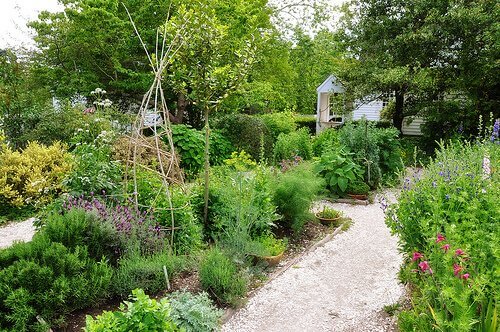 When It’s Time to Take a Break

Heidi: Do you ever suggest taking a break from a particular subject if that’s an ongoing struggle?

Susan: I think the first thing I would do is switch. If the frustration continued, then I would start to look for maturity issues. Is it just that the subject is too complex? Is there a mismatch between the child’s maturity level and the amount of material that’s being covered? And then I would get their eyes checked, do any evaluations if you think there is any other sort of processing difficulty. That would be the next step after that.

But, a lot of frustration really is just maturity level. Sometimes you need to just keep repeating the same thing for a little while and give that maturity level a chance to catch up.

Heidi: Not move on to the next level of things or next concept…

Susan: Some things just take time. And if you’ve got that clock ticking in the back of your head that says “we have to finish this by X”, that’s not really conducive to learning.

Stephanie: I feel that way all the time.

Susan: Yeah, I know. You need to keep not listening to that little voice in the back of your head.

Peter Bauer: I also think, particularly with math, even if you have a program that you feel basically works for you, you have to be careful… For instance, with Saxon you do the meaning, you do the lesson, and you do the timing tests. I had to stop doing the timing tests with my kids. All the rest of Saxon was fine for them but those timing tests freaked them out, and made them so uptight about math that I actually started going backwards with two of my boys, because they couldn’t handle it and so we stopped doing them.

Jessica: We did, too.

Peter: If you’ve got a kid that responds well to pressure, that’s one thing. But to put a kid under pressure at that age, when they’re young and they don’t respond well. That’s harmful.

Susan: You’ve always got to have the freedom to ditch a part of what you’re doing, without feeling guilty about it. This is one area where I can help Pete, because I was like, ditch the timing, and my mother also said ditch the timing. It’s good to have other voices saying yes, that’s a part of the program that you don’t need to do. 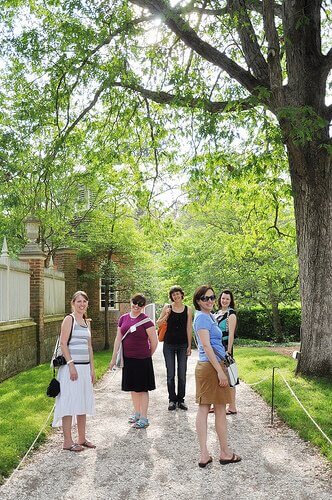 Read more posts about (or inspired by) our weekend in Williamsburg:

From Tsh: My weekend in the middle of nowhere, Do what you love, and Classical afterschooling (Curriculum Fair 2012)

From Jessica: Let’s Tour Colonial Williamsburg, and the first of several posts that she has just begun on homeschooling and thoughts from our trip and time with Susan (more to be added soon).

From Mandi: Homeschool in a Box, and Our Homeschooling Philosophy (And How It’s Changed)

At what point have you made a curriculum switch? Do you struggle with making changes or feeling guilty for the things you aren’t doing?

Thanks to TriLight Health for their partial sponsorship of my trip to Virginia! You may have noticed me mention TriLight before, and that’s because I’m such a big fan of their herbal liquid remedies and supplements. Our family uses them frequently, and they’re one of my top recommendations for those wanting to use herbs for better health.

ALL IMAGES OF OUR DELIGHTFUL WEEKEND ARE BY HEIDI SCOVEL.

DISCLOSURE: MY ACCOMODATIONS AT THE PEACE HILL BED & BREAKFAST WERE COMPLIMENTARY, BUT I AM NOT UNDER ANY OBLIGATION TO POST ABOUT MY STAY. I ALSO RECEIVED FREE CURRICULUM, COMPLIMENTS OF PEACE HILL PRESS. ALL OPINIONS EXPRESSED IN THIS POST ARE MY OWN, UNLESS SPECIFIED AS A QUOTE FROM ANOTHER PERSON.