You are here: Home » Blog » Homemaking » From the Wedding to Wise Stewardship- A Frugality Story Continued 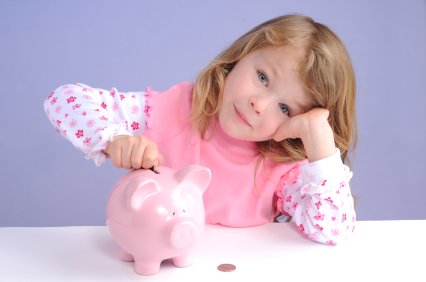 As many of you guessed in the first installment, From Innocence to Irresponsibility, this story has a happy ending. Allow me to continue it…

It was a humbling thing, to be engaged to a man who had no debt and actually saved up cash to make major purchases, while she was sitting nearly $30,000 in debt. And as the wedding plans progressed, she realized that she needed to make some major changes and fast, especially since this incredible man was willing (even eager!) to marry her, despite the burden she carried with her.

It was during this short season that she learned to develop a real budget. It was simplistic, it didn’t always work out perfectly, she still fudged it from time to time. But, she began to purposefully set aside significant amounts of money to pay down her credit card, to save for his wedding ring, to contribute to a few wedding costs, and to continue to live on her modest salary. And wonder of wonders, it worked… who’d have thought it was that easy, that feasible?

When the wedding day arrived, she had payed off her credit card debt, and purchased his ring with cash. What a feeling! And only 7 weeks into their marriage, they set off on another exhilarating new adventure- to teach English in Japan, with the goal of paying down the debt completely.

Once they had settled in and gotten a feel for the cost of living and what their expenses would be, the new couple sat down together and created a budget that required them to live off of one teaching salary, while saving the other salary to pay down the debt. It was an ambitious goal, considering the cost of living in Japan and that they were required to lease and insure two cars, but they managed. They bought ziploc baggies that became their first, crude envelope cash system. Sometimes they would run out of money and only have 1,000 yen for one week’s groceries (about $10), and so they ate a lot of rice, beans and tofu until next paycheck!

One thing that motivated the girl (now a full-fledged married woman!) to learn frugality and careful spending of their money was that it was indeed theirs, and not only hers. To have continued in her previous spending habits would have been unfair and disrespectful to her husband, who sacrificed so much for her. When he spoke of the debt, he referred to it as “their debt”, not “hers”. And so she in turn relegated any sense of her own right to spend what she wanted to spend, and became the most cautious of consumers, considering what he would think of each purchase, and the confines of their budget became very real and tangible to her.

During that first year, God blessed them with an earlier than expected blessing- a baby, who would arrive just weeks after the end of their first year in Japan (they had planned for two years). As the time drew nearer, and other complications (Visa issues, etc.) became apparent, the decision was made to return home, with about $10,000 remaining. How would they ever finish it off?

As they moved home, and welcomed their beautiful baby girl into their hearts and home, he began a new job in a new career, on a less than desirable salary (let’s just say that ends didn’t quite meet, they merely stared at each other from a distance). And so she delved into this situation with the fierce motivation of a protective mother and wife- she would find a way to take care of her family, to feed them on a shoestring budget (not just feed them, but healthy food at that!).

Necessity can be the greatest catalyst for intense times of learning and growth. She devoured books from the library on saving money, frugality, grocery shopping and cooking on a budget (the Tightwad Gazette, Ellie Kay, etc.), and although not every suggestion worked for her, she began to think with a frugal mindset, and approach every shopping trip with a new mentality- how can I get that cheaper, what will stretch the furthest, which store has the best prices on ______, is bulk truly a better deal, what about discount stores, and on and on.

The years have passed and God has taken care of this young family in miraculous and merciful ways (the salary increased, the ends did eventually meet, the loan was slowly paid off until it was complete). Times are not so tight as they once were, but the habits acquired during those lean years have translated into careful budgeting and record keeping, and frugal practices that extend into every area of spending. Careful stewardship of what God had entrusted them with had become a way of life, and what a peaceful way of life it was.

As I’m sure everyone has known all along, this is my story. Our family’s story, really, and the story of how God loves to redeem and transform us, granting us new mercies all along the way.