Feeling overwhelmed and afraid? New momma, don’t fear – you can’t ruin a baby! Here’s grace for new moms, and any other mom feeling confused and stressed! 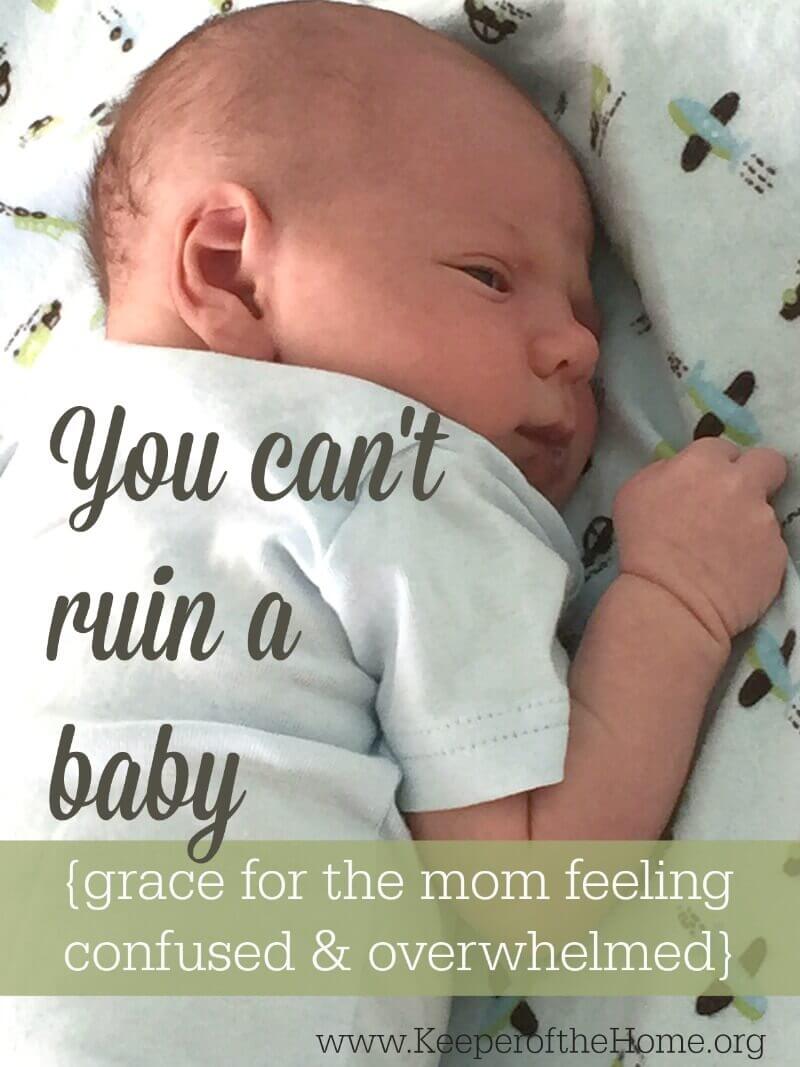 Note: This post might not be saying what you think it is. It tells my story of mothering, but it isn’t prescriptively telling you to do it my way. In fact, the moral of this post is to stop listening to everyone else and mother your baby the way that feels right to you… and with that out of the way, go ahead and read on. 🙂

Last night I nursed my baby to sleep.

Just as I do most evenings and nap times, I sat down in a dim room to snuggle once he was sleepy and let him nurse himself into dreamland. As his breathing slowed and he became heavier in my arms, I carefully moved him from the warmth of my arms into his waiting bed, laid a blanket gently on top of him, and quietly made my exit.

This morning, I knew he needed his usual morning nap. It was 10am and he still hadn’t conked out, even though I’d nursed him several times in hopes that he would.

Knowing that if he didn’t nap soon, I’d miss the window and he’d turn into a grumposaurus, I took him to his dark room, sang a song to him, gently laid him down, and walked out the door. He cried in protest for a few minutes while I listened carefully, but then he finally gave in to sleep.

Several years ago, this would have stressed me out to no end.

In fact, one of the hardest struggles when I first became a mom was figuring out how on earth to do bedtimes and nap times.

In my first month as a brand new mother, I read books on both ends of the extreme, all the way from Babywise, to Dr. Sears’ Attachment Parenting, and some more moderate books like Secrets of the Baby Whisperer, in my desperate attempt to find a solution.

It wasn’t long before I was thoroughly confused by all the advice swirling in my head, both from the books I’d read and well-meaning friends and family around me:

As a mom of five who has tried pretty much everything over the years and babies, can I just summarize my thoughts to all of this in a single word? Hogwash.

Here’s what I used to think: If I do this, that or the other thing the “wrong” way, I’ll ruin my baby. I’ll mess up their eating habits, their ability to sleep well, and I’ll never get a good night’s sleep again until they’re a teenager. 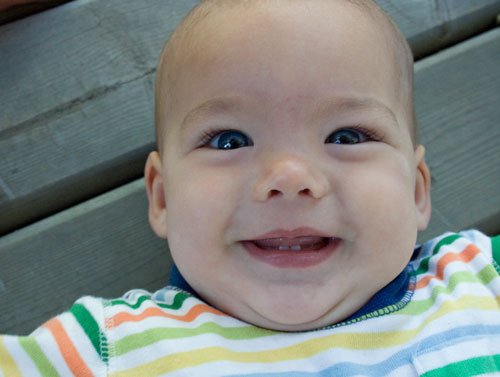 But this is what I’ve learned… babies aren’t so easily ruined.

In fact, the baby I thought I had done everything wrong with turned out just fine in the end. Let me tell you a story about a little baby named Kepler…

Kepler was our fourth baby. I had long since given up the strict cry-it-out method I was originally taught as a mom (though I always waffled and could never do it properly, rescuing them frequently because I couldn’t bear to hear their cries).

By his birth, I had found a bit of a middle ground, where I established a sleep routine for my babies around 6 to 8 weeks, trying to stick with the sleep – wake – eat – be awake – sleep pattern, breaking it every once in a while if a baby seemed to need extra comfort or fell asleep in my arms by accident.

I started out this way with him, until  he was 11 months old, when our family set out on an incredible one-year journey around the world.

From that point on, my easygoing baby was in a constant state of flux. We took 12 hour flights, rode on 26 hours cross-country buses, slept in hotels and rental apartments and hostels. Sometimes we had a playpen or crib for him. Sometimes he slept in our bed (or in my arms, if we were on a plane, bus or train). Sometimes we made makeshift beds for him using various cushions, pillows or whatever we could find to keep him from escaping. Sometimes we had serious jet lag that messed with everybody’s sleep, his included.

All of my other babies had night weaned somewhere between the 5 and 10 month mark on their own.

Kepler continued to wake up to nurse at night until I weaned him at 25 months old.

During our trip, I simply gave in and did whatever I had to do to get him to sleep in unfamiliar places, on long flights where I had to be considerate of fellow travelers, or during the daytime to help an overstimulated baby settle down for a much-needed nap.

I was nervous, to be honest. By the time we were headed home at the end of the year, I thought I had done everything wrong, and totally failed in setting him up for sleep success. I thought I’d never get a full night of sleep again.

I thought I had ruined him.

Turns out, babies are more resilient than we think.

When I finally weaned him after his second birthday because I had to travel for 5 days, he was ready and weaned without much fuss. I was tempted to nurse him again when I got home, but since my husband said it had gone so well I just left it at that and considered him weaned. 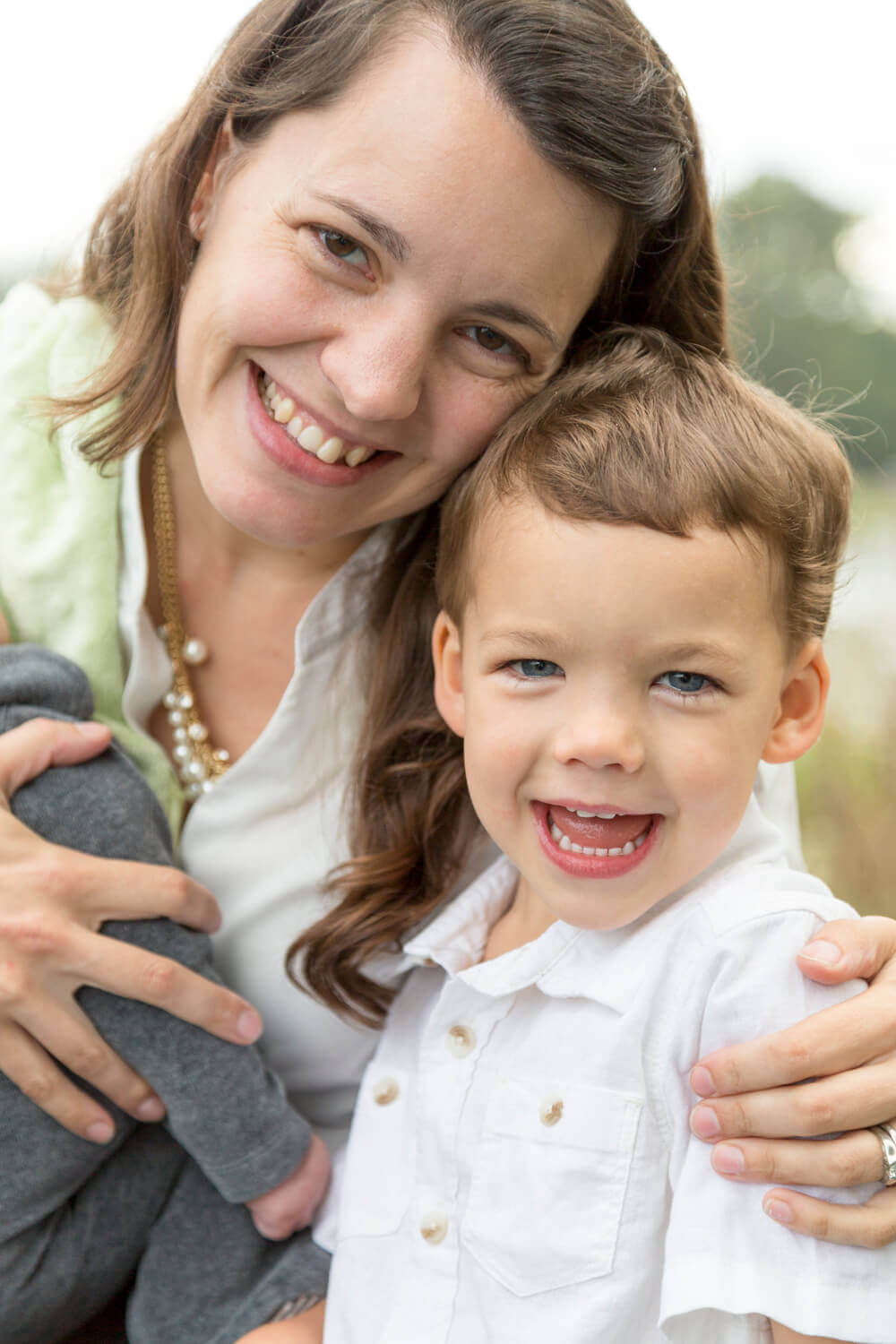 What happened in the next weeks astonished me.

The little boy that woke up every single night for milk began sleeping through the night. The boy that I thought desperately needed me to be able to fall asleep began doing it on his own, proud to be in a big boy bed. The sleep I had so desperately craved for years was finally mine as I began to get a full night’s sleep once more.

I hadn’t ruined anything.

Instead, I realized I had given my baby and myself a great gift.

We enjoyed over two years of shared comfort, of health-giving breastfeeding, of easier naps and nighttimes, of a baby fully and securely attached to his mama, and finally of a baby who was ready to move into toddlerhood confidently.

Over a year and a half later, he continues to sleep well. He’s still an early riser, frequently the first one up who comes and wakes me up with a “Mama, can I have a snack??” He still loves his snuggles and is incredibly affectionate, but he also knows when he’s tired and will go down without a fight (most nights… he’s still a normal 3-year-old, so there’s that). 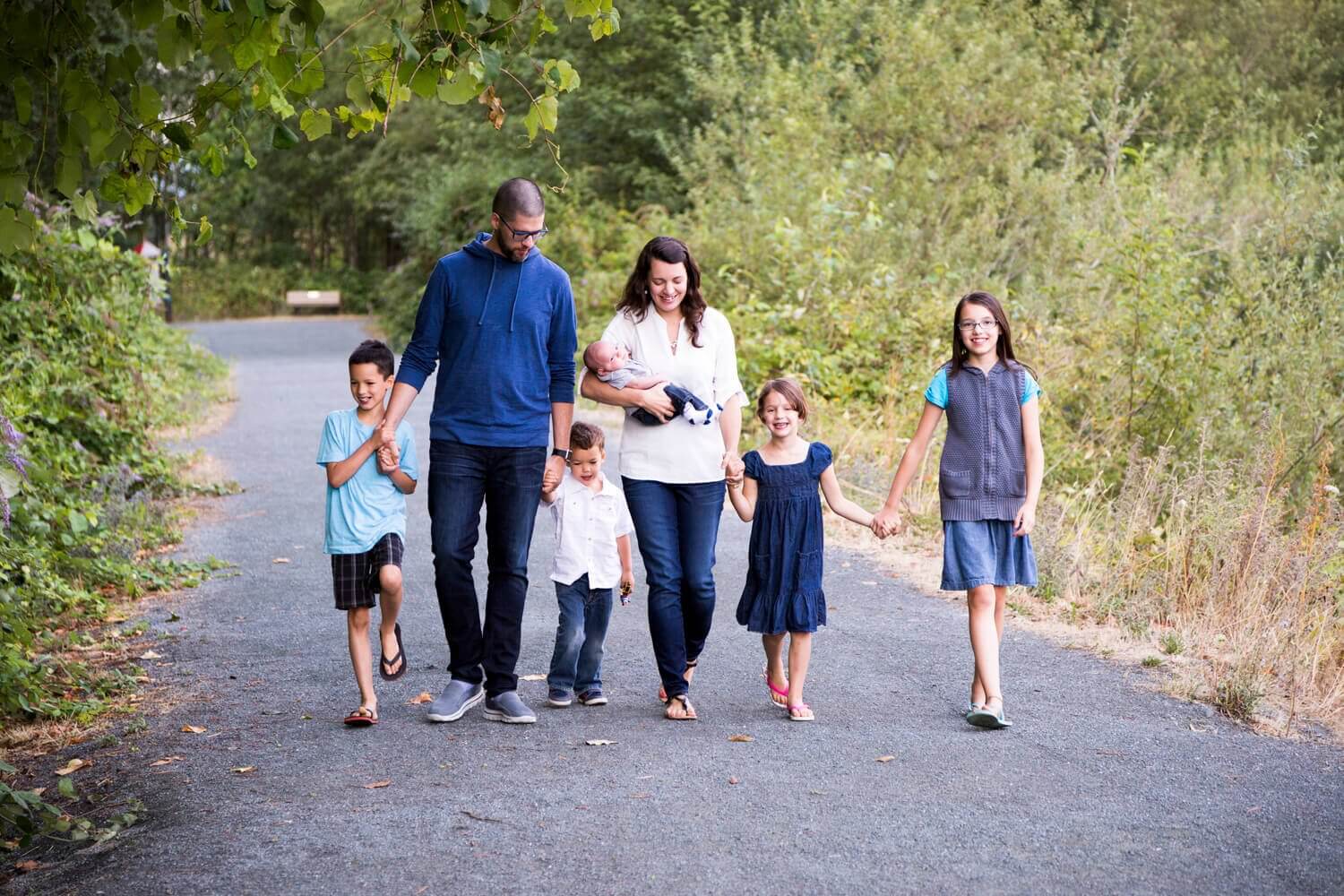 Five months ago, our family was blessed with another darling little boy named Oliver.

For the first time ever as a mom, I have completely given in to nursing 100% on-demand, without any semblance of a routine.

He spent his first full two months in our bed, and though he now sleeps in his own bed, still ends up in ours by 4 or 5 a.m. most mornings. Most nights (and naps), I nurse him to sleep. Every once in a while, it doesn’t work out that way and I lay him down awake, cross my fingers and see what happens.

Which is all good and interesting, but it’s not really the point of this post.

The biggest change is that I’ve given up worrying about doing it by this method or that one.

I’ve stopped being anxious over what might happen if I do it a certain way. I let go of any last shred of guilt over doing it the way that felt easiest and best to me.

I let my mama’s intuition guide me and you know? It works pretty well.

I know Oliver won’t wake up at night forever. He won’t always end up in our bed. He’ll gradually get better at going down to sleep without me, especially as other family members sometimes do the honors if I’m out (and most of the time, he goes to sleep in the end, albeit with a few extra snuggles).

I know now more than ever that babies don’t keep. They don’t stay babies forever. It’s all too short and precious a season.

(And just because I chose a more relaxed, attachment-style this time around, because it felt best to me, I’m certainly not saying that’s what you should do. In fact, if a more structured sleep/feeding routine is what’s working for you, reduces your anxiety, makes your baby calmer, or any other reason that makes sense, then DO IT. This isn’t about methodology. This is about happy babies and happy moms.)

This post isn’t meant to tell you what to do. I’m not you. I don’t know your baby. I can’t tell you the right or wrong way to do anything.

Rather, it’s meant to tell you what NOT to do.

Don’t stress out so much.

Don’t let all the voices and books and well-meaning know-it-alls tell you how to raise your baby.

Don’t be afraid to do things the way that seems best to YOU, their mama.

Don’t go against what your heart is telling you.

Don’t feel guilty for a moment about whatever it is you decide to do (whether that’s nursing your baby to sleep, or going with a more structured routine, or whatever works for you and your baby).

Don’t forget that you know your baby better than anyone and that you have everything it takes to mother that little one beautifully.

Don’t let sleep issues steal your joy and your ability to cherish this season of babyhood. Do what you need to do.

You got this, mama.

Sending you a fist-bump from one tired but happy mom to another. Now go soak up that baby love while you can. I’m gonna go do the same.

How to Do a Facial Steam with Essential Oils
Next Post: Happy Thanksgiving!