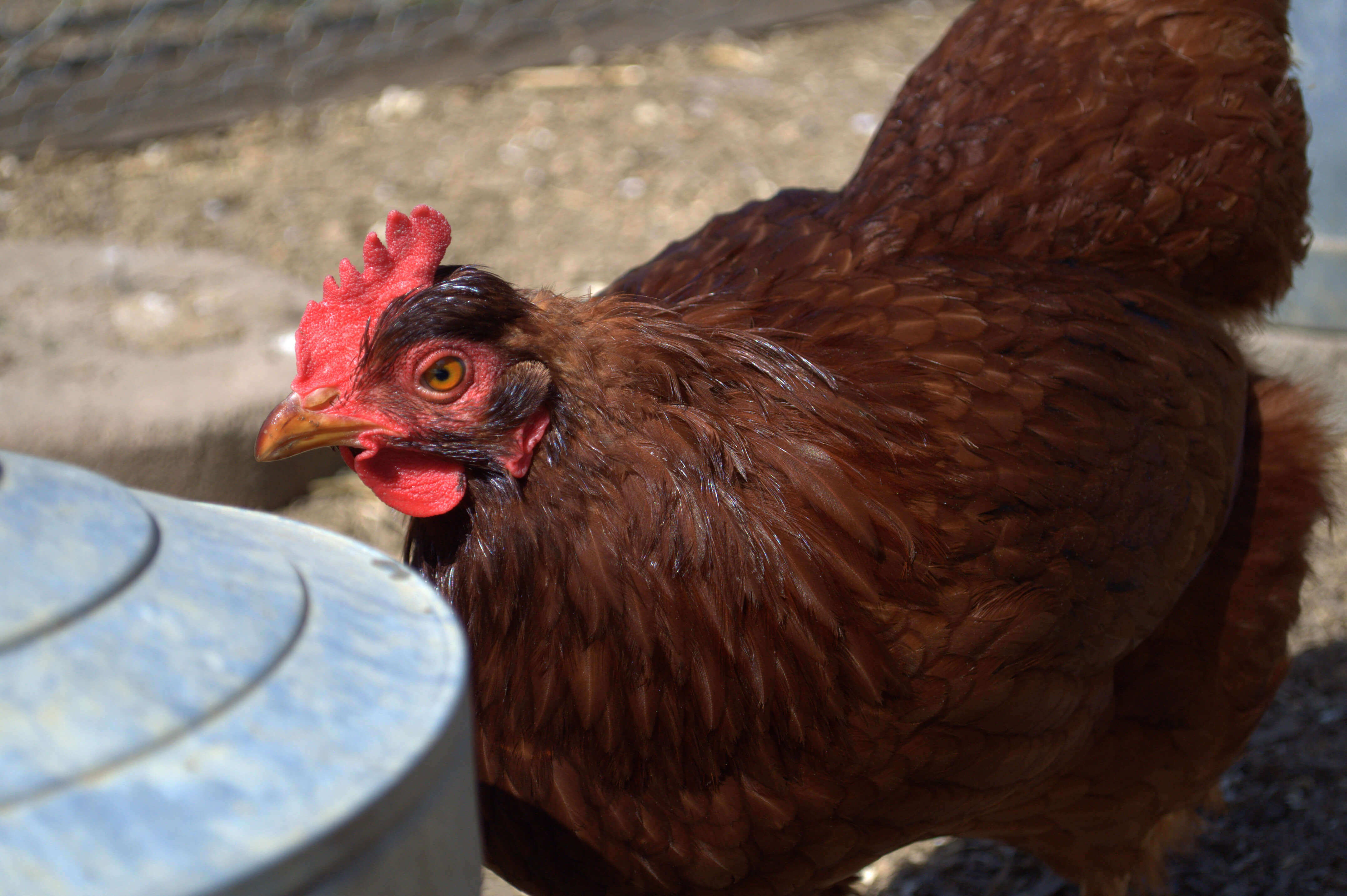 It’s been about about 2 1/2 years since my husband and I – inexperienced as we are – first took on the hobby of keeping backyard chickens; and what a joy it’s been. But we’ve most certainly seen our fair share of chicken woes also. It’s just bound to happen that with 8-10 chickens, problems “crop up”. I hope you can benefit from reading about the challenges we’ve dealt with over the past few years.

Certain chickens in our little flock of 8-10, are consistently divested of neck feathers. For our hens, this problematic behavior seems to be a “pecking order” thing, though I’ve read that feather picking can be indicative of a nutrient deficiency. As the pecking order among our hens has changed, so have the “pecked” hens. This can be a life-threatening thing if feather picking advances to the extent of drawing blood, called “cannibalism”. Our hens have never taken it to that level.

The pecking order thing really irritates me. Chickens are not kind and cuddly creatures – at least not with each other. “Brutal” is a better description! Why can’t they all “just get along”? But they don’t it seems, so my husband and I have had to try to resolve the issue. Having come to the conclusion that it was not a nutritional deficiency, we went shopping for a product that might help.

Our very helpful local feed store recommended that we use Rooster Booster – Pick-No-More Lotion. The lotion must be quite “distasteful” to the hens as we’ve only had to use one application whenever the chickens have resorted to defrocking one of their number. Look at this link for more information if your chickens are so inclined. 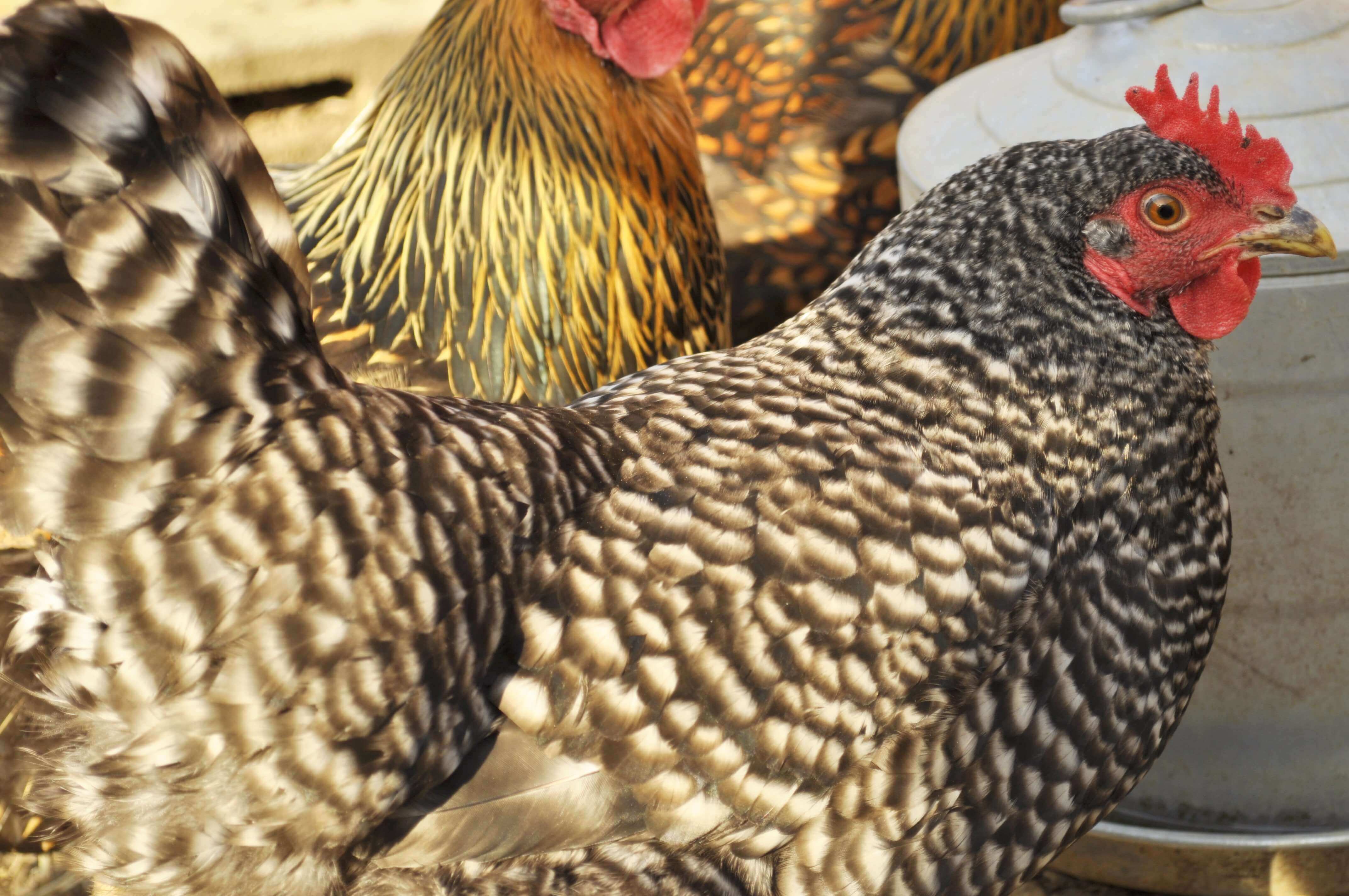 One of our hens, Mrs. Mendelbriet (she’s the black and white Plymouth Barred Rock above), became noticeably ill about six months ago. She stood in one place, feathers all ruffled up, and head down. She refused food and water and grew weaker and weaker as the days passed, eventually loosing more than half of her body weight. We separated her from the rest of the flock, knowing that she was a goner if things did not change soon.

On a Wednesday evening that same week, I took Mrs. M to a chicken vet I’d heard about. The vet thought she had a bacterial infection in her reproductive organs but couldn’t be sure without a multitude of costly tests. She told me that we could have her neutered and put on antibiotics to resolve the infection. “A neutered laying hen?”, I thought. Of course that just didn’t compute as an option.

The vet provided “comfort care” for Mrs. M., however, which included re-hydration and a nourishing meal delivered into her crop via a tube. I took her home. She showed no signs of improvement for the next two days after which I resigned myself to the inevitable. That is until I remembered that I had GSE (Grapefruit Seed Extract) in the medicine cabinet. So out came the GSE and in it went into the sick chick’s watering can. I managed to give Mrs. M. a few drops of the medicated water with an eye dropper. She also sipped minuscule amounts on her own. 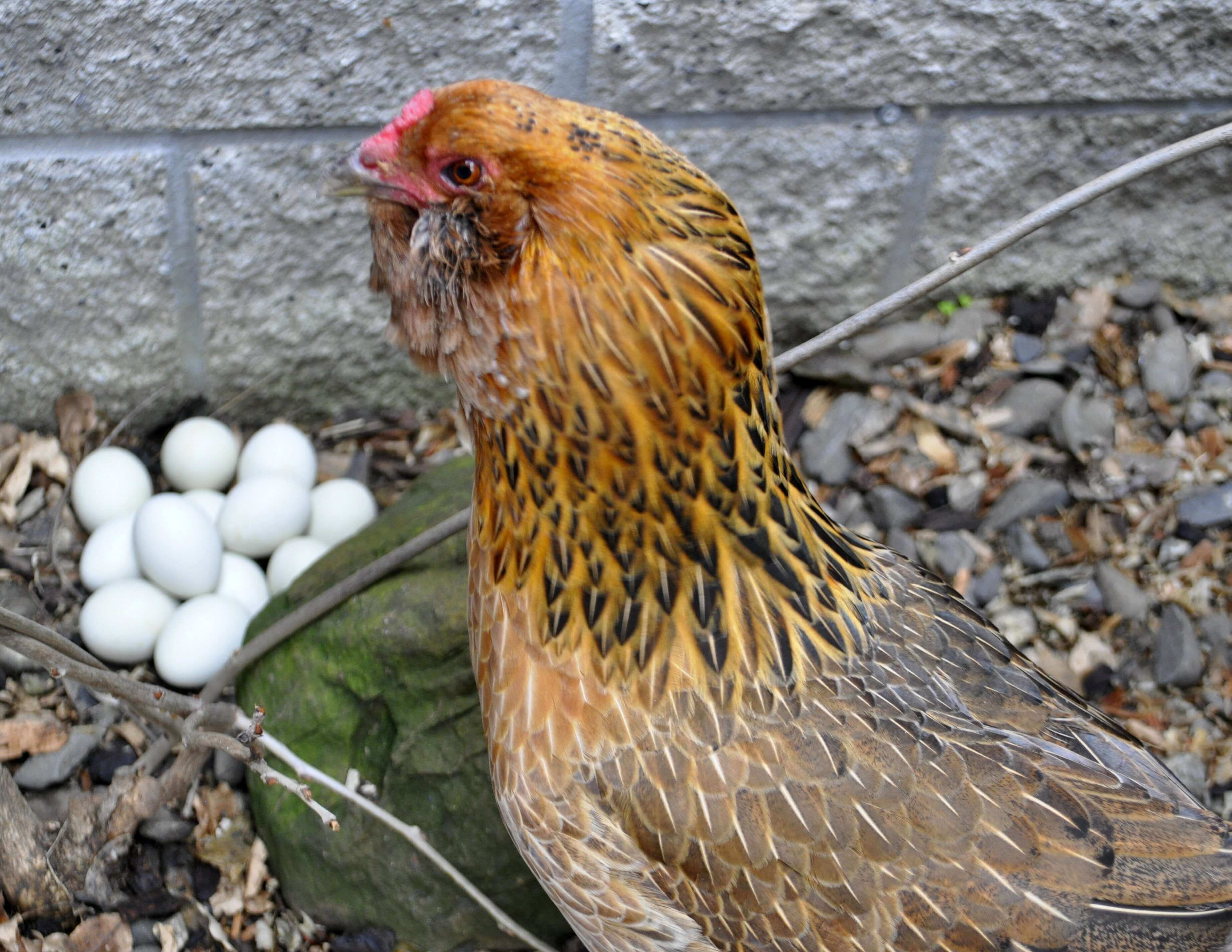 The next day, Friday, Mrs. M. drank more water on her own (still no food), and on Saturday she was practically gulping beakfuls of water (still no food). On Sunday evening, after gulping more water, I put Mrs. M. back with the other chickens. Having tossed some chicken scratch out on the ground, I watched in astonishment as she galloped over to the scratch and gobbled it up for a full five minutes, pecking the heads of the other chickens that got in her way. Then there was great rejoicing – a chicken come back from the dead.

After about three months of recovery, during which time she lost most of her feathers and then regrew them, Mrs. Mendelbriet returned to the nest box in full grandeur of egg laying. She has shown no signs of diminishment at all. She is our Mrs. Mendelbriet, returned from the dead!

This is just what it sounds like – an egg becomes bound up inside the hen, making it impossible for her push it out. Over the past 2 1/2 years, we’ve only lost one chicken and it was because she was egg-bound. I have to say that I dropped the ball on this one because the chicken didn’t seem to be sick. I first realized that Hilda had a problem when the feathers around her vent remained wet with a clear, gel-like substance. 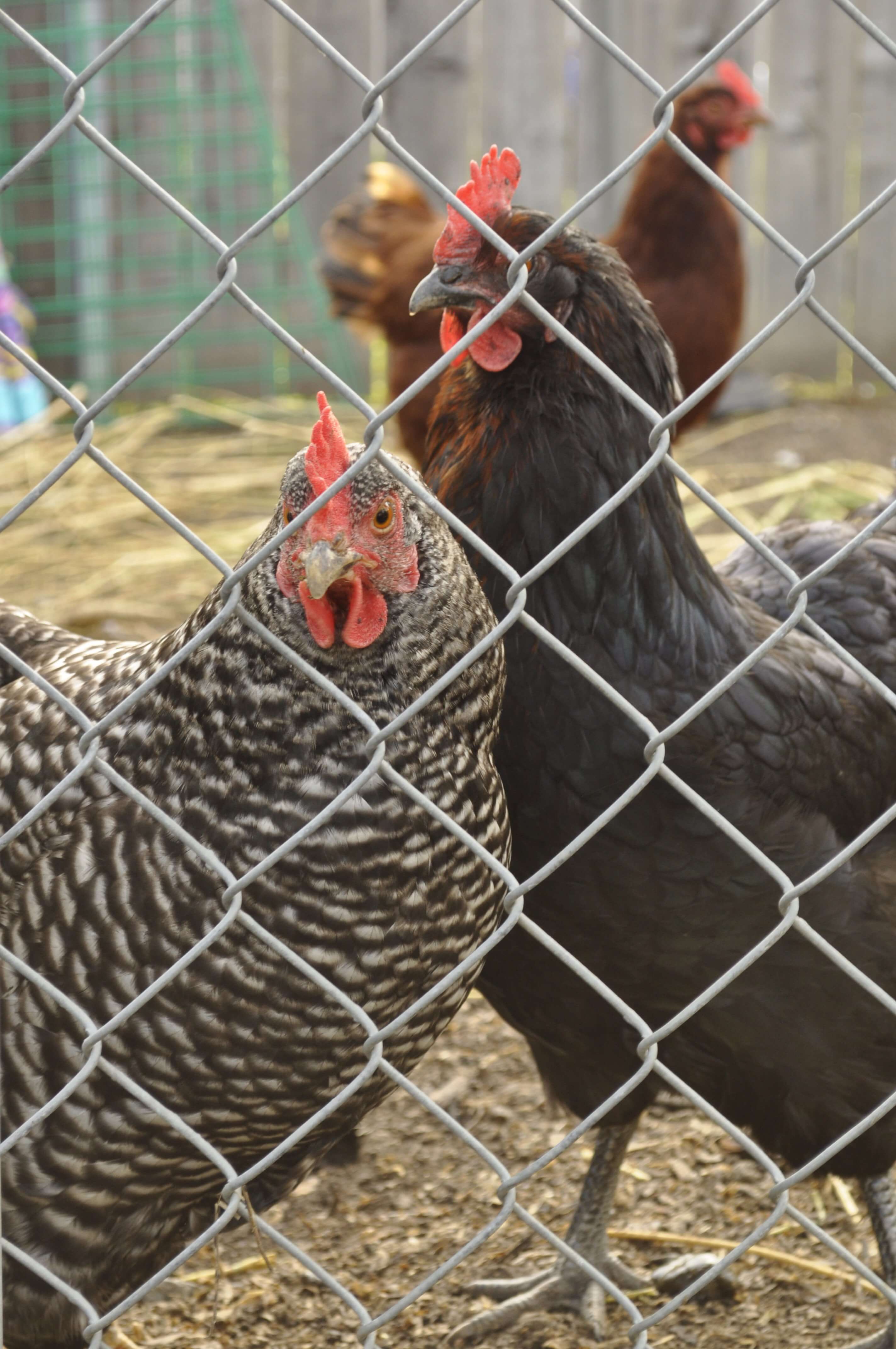 Looking back, it should have seemed obvious that the substance was egg white, but I just didn’t put that together. Since Mrs. Mendelbriet had just been cured of her bacterial infection with GSE, I again added it to the watering can, thinking this would take care of of the new challenge.

Over the next week or so, Hilda didn’t get worse or better. She never acted sick like Mrs. Mendelbiret. And though I searched online for an answer to her symptoms, I could not come up with anything even relatively close to her what I was seeing with her. Also, I was determined not to run off to the chicken vet again.

After about two weeks of this, Robert found Hilda, dead, in the coop one morning. It was pretty gruesome. She was disemboweled (this is called “prolapse”). It was then that it became apparent to me what had happened. I went back to my computer and read about egg-binding and realized, too late, what my poor little Hilda’s difficulty had been.

If you have a chicken that exhibits symptoms of being egg-bound, go here to read more about this problem.

A broody hen just wants to be a mother hen. Her only interest is hatching eggs. It’s a seasonal thing that occurs with some hens in the spring when new life is the order. She sits on any eggs she can find (even wooden eggs), and sits and sits and sits. Nothing deters her. This is a problem if the eggs are not fertile (we have no rooster in our flock, so of course, there will be no fertile eggs which hatch chicks). If the eggs are not fertile, the hen will continue to sit till her health is compromised. Such devotion! But obviously, something has to be done to save the little mama-wanna-be.

We’ve had two broody hens in our flock. One was Hilda, bless her little wattle! The other we dealt with this past spring – a spring that seemed would never end. Charlotte sat for months on eggs and sometimes on no eggs at all, with a far away look in her eyes. We continued to remove her from the nest box several times every day, relocating her (above her many angry objections) close to the feeder and watering can (this is actually one strategy to end the brooding). Thankfully she ate a little and drank a lot each time, but then it was right back to her mother-henning again.

One of the remedies for a broody hen, is to dip her into a pail of cool water for several minutes. It may help to bring her body temperature down a bit since broody hens tend to be hotter than normal in order to keep the eggs warm for hatching. This never really helped Charlotte. In fact, she became more irritated with me when I did it. I wondered if this is where the old saying , “madder than a wet hen”, came from.

For more information and some entertaining videos about broodiness in hens please refer to this article and here also.

Just a few days ago, I picked up our little Japanese bantam – we call her Ninja Chick – and noticed strange mineral-like formations protruding from her nostrils, almost resembling tiny horns (you may be able to see this in the photo to the right). (The weirdness of some chicken disorders just blows me away. I’m so glad my children didn’t manifest such peculiarities when they were little. Imagine that!) Ninja Chick manifested no other symptoms.

So into the house I went to investigate on the internet. After several frustrating hours, I gave up. Couldn’t find a thing about this one strange symptom.

They next day I picked up a chicken magazine a friend had just given me and perused through it. I wasn’t looking for any answers to my question about Ninja Chick, but there it was sure as life itself and, ironically, the title was, Looking for Answers. I read that birds deficient in vitamin A, “develop a crusty material in the nostrils”. There it was right before my eyes!

So, thankfully we will now treat Ninja Chick. Of course, the answer to the deficiency is lots of green foliage plants. The large chickens (eight of our 10) get plenty of greens as they free-range, but the two little bantams get out of the free-ranging area easily and we have not yet figured a way to keep them in. Though we toss greens into their pen, it apparently is not enough to supply enough vitamin A at least for Ninja Chick (Thumpalina, the other bantam, appears to be fine). We are looking for a supplement that could resolve the problem quickly. 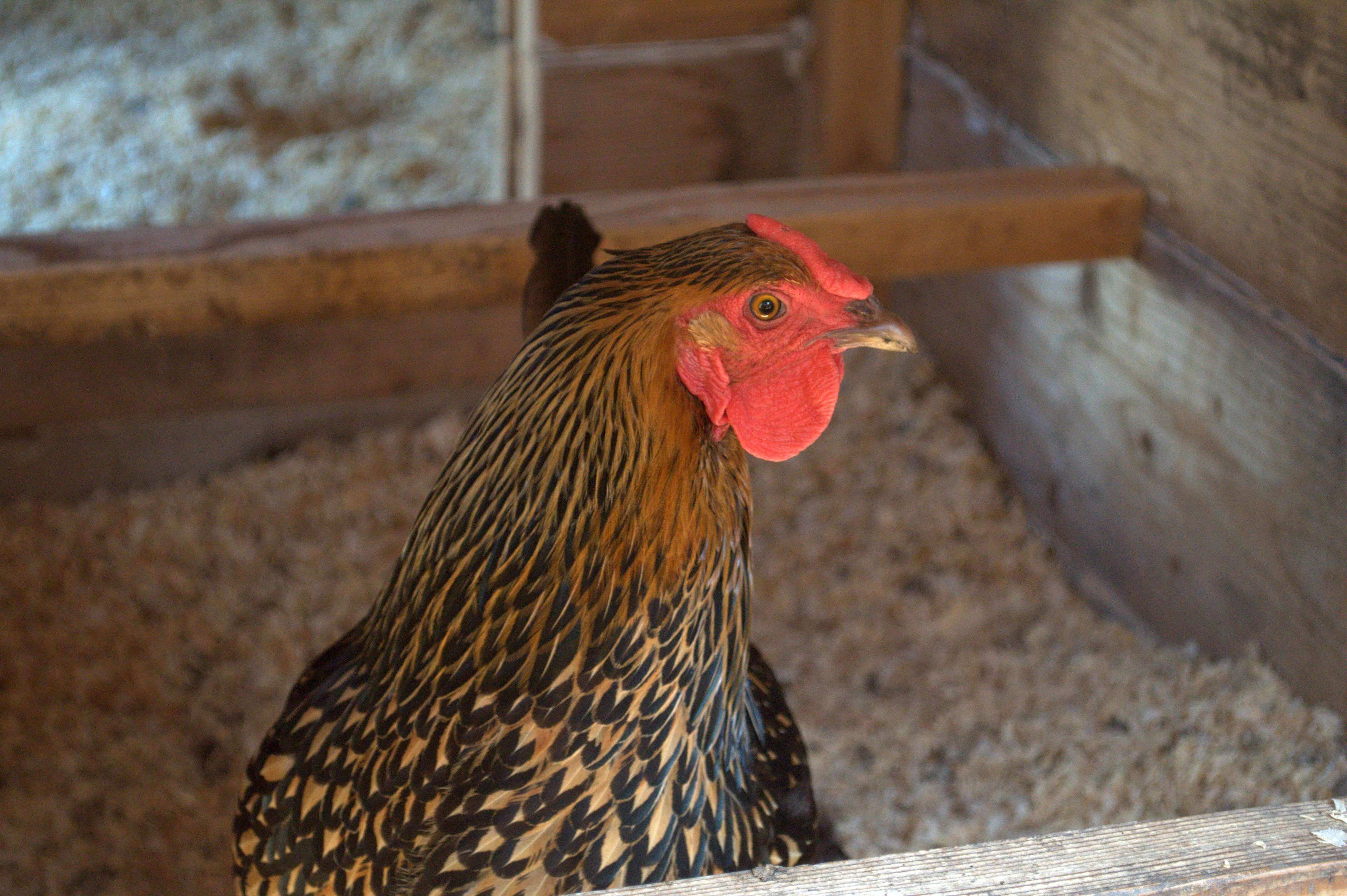 Another chicken, Aunt Bea (most of our large hens are named after Andy Griffith Show characters), recently developed, over a period of a month perhaps, an increasing weakness in her legs. She showed no outward injuries, abnormalities or swelling of any kind. Her feet and legs looked just fine, though when walking she looked arthritic to me. She became so weak that Robert had to literally remove her from the coop in the morning as she could not make it down the ramp on her own. She spent very little time on her feet, laying on the ground for most of the day. We observed no other symptoms at first but then her appetite diminished. She was obviously in trouble as this thing progressed.

Merek’s disease can manifest as lameness or paralyzing of the legs and/or wings, but everything I read about it convinced me that she did not have that. We are still not sure what it could have been and I’m happy to say “what it could have been” because she is recovering nicely now. We treated her with GSE and gave her a vitamin B suppplement, both added to the watering can (the other chickens are being treated as well). She is back on her feet for the better part of the day and eating well again.

A Word About GSE

Sometimes is just isn’t possible to diagnose a chicken illness. GSE has been a chicken life-saver at least twice in this regard of the unknown. It is good for bacterial and viral infections, internal parasites, fungal and yeast problems and more. I cannot recommend it highly enough, though I know it synthesized and is not entirely a natural product. Still I believe it is a better option than antibiotics and other pharmaceuticals that bring on additional problems that require additional pharmaceuticals. For more information regarding GSE, please check out this website.

Though at first I intended to also write about predators we’ve successfully dealt with, aggression in chickens and also rescue chickens, this post is already too long. Maybe next time I’ll cover those issues.

Meantime, what chicken challenges and woes have you dealt with? How did you resolve those issues, or did you? 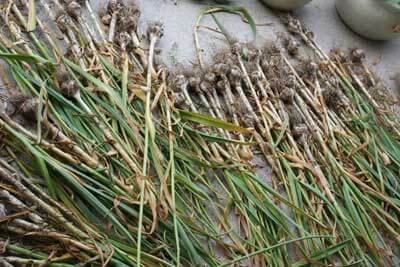 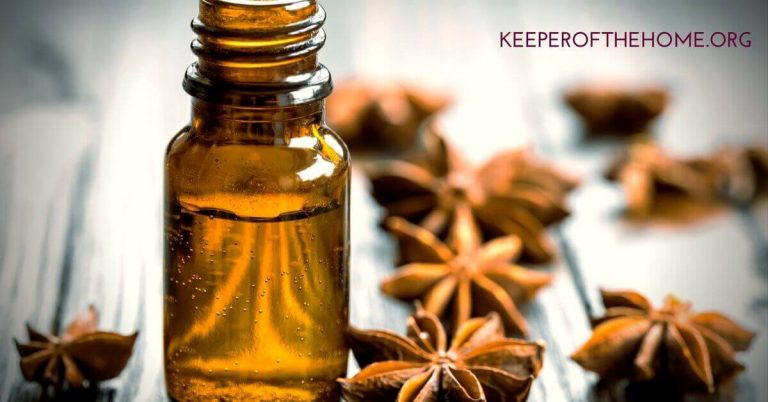 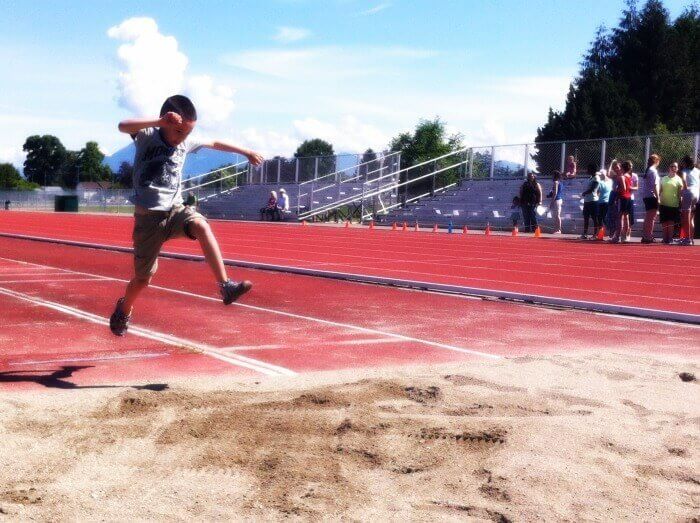 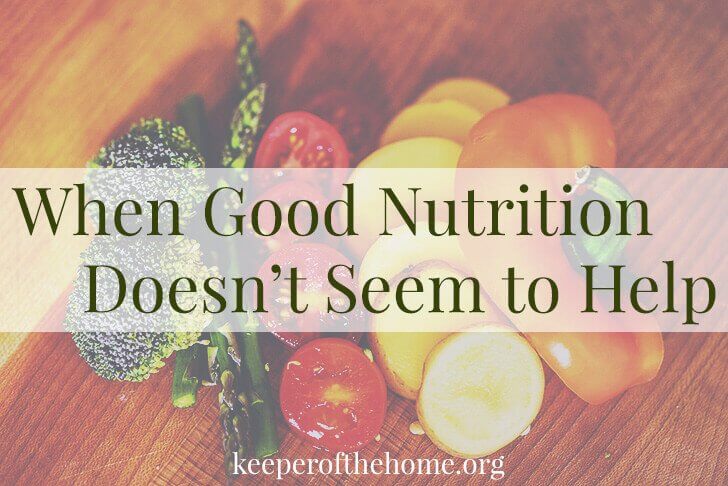 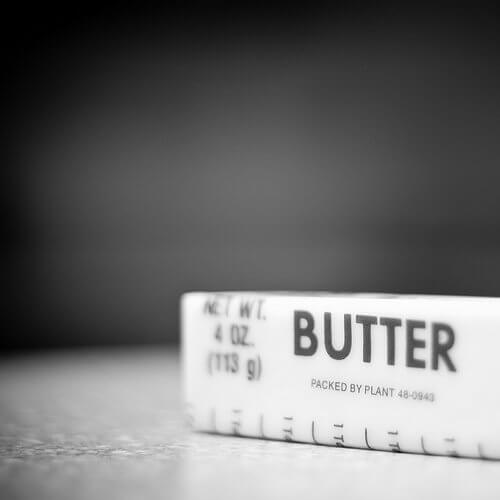