Thank you so much for all your sweet comments, your prayers and your patience with me as I recover and get back to normal! It has meant so much to come on to my blog and read through each of your comments. 🙂

Last Wednesday (a little over a week ago), I came down with a throat infection. It was pretty severe and painful right from the start, included some fever and chills, and I was a bit miserable in general. I started doing everything I could do to boost up my body to get rid of it, including eating oodles of raw garlic and taking Oil of Oregano (for their antibacterial and antiviral properties), lots of fresh vitamin C, herbal teas to boost my immune system, lots of fluids and as much rest as I could manage. The fever and chills went away after about 2 days, but the sore throat remained as bad as ever.

Over the course of the week, my throat remained extremely raw, sore and began to get swollen. Eating, drinking, swallowing and sleeping became very difficult. I started to rotate using Tylenol and Ibuprofen to take the edge off of the constant pain, so that I could attempt to sleep and consume enough fluids and calories to make enough milk for my baby. By Sunday, things were quite bad and I decided on Monday morning to see a doctor. He took a quick look and informed me that it was viral, not bacterial, and that there was nothing to do besides rest and get lots of fluids. He commented that my lymph nodes were a bit swollen but that it was fairly normal, and then he sent me on my way.

Thinking I must be overreacting, I tried to continue on with the things that I was doing to boost my immune system and just wait this virus out. But it was getting harder and harder to get fluids and food into me, as I was starting to lose my ability to open my mouth very wide to take bites, and each swallow as I ate or drank was agonizing. I knew that I wasn't producing enough milk for Johanna, who was acting hungry and fussy. The Tylenol began to not even take the edge off of the pain enough for me to sleep at night.

Early Wednesday morning, after tossing and turning from about 12:00-3:00 am as I tried in vain to sleep through the pain, I decided to call the local nurse hotline. I could barely speak on the phone because my mouth sounded like it was full of marbles. She suggested that I either go to the ER immediately or see a doctor first thing in the morning. Since I couldn't sleep anyways, and was feeling desperate, I opted for the ER. I woke Ry up, told him my plans, packed up Johanna, and went to the hospital.

After about 2 hours, I finally saw a doctor. He spoke with me and took a look at my throat, and told me that he knew exactly what the problem was and that he would have me feeling significantly better within several hours. I was so relieved I could have cried! He said that I had a peritonsillar abscess, which is a fancy way of saying that my throat infection (which was an acute case of tonsillitus) had created a secondary infection on my right tonsil, which had filled a pocket of flesh inside my mouth with infected fluid. It was no wonder I could hardly swallow and only with excrutiating pain- it was very raw and inflammed and nearly the size of a golf ball!

The kind doctor (who had once had a peritonsillar abscess himself, so he was very sympathetic!) informed me that I would need to immediately be put on IV antibiotics, as well as anti-inflammatories to bring down the swelling and reduce the pain. I asked whether the antibiotics were truly, 100% necessary. I am opposed to taking them unless it is truly a necessity for my well-being, not just a way to feel more comfortable or get better a little sooner. Antibiotics are very harmful to the beneficial bacteria in the body and are not something to be taken lightly as it can take months and even years to rebuild the body and replace the bacteria and digestive balance that they destroy! He said that unfortunatley they really were necessary since my infection was so severe, so I consented to receive them.

Before receiving the IV, I made the quick decision (something that I had already been contemplating because I knew this was a possible outcome of my situation) that I would not be nursing Johanna as long as the antibiotics and other medications were in my body. Putting antibiotics into her immature system would destroy all of the good bacteria and immunity builders that she had been receiving through my colustrum and these early weeks of breastfeeding. I am not willing to compromise the foundation for good health that has been being established. So I gave her one last feed, as much as she would take, and then received my IV.

I called my husband and asked him whether he could arrange for his sister to meet me at the hospital in a few hours in order to breastfeed Johanna, as she also has a young baby who is still nursing and she lives near the hospital. He said that he would, and also arranged for our brother-in-law to drive him to the hospital to be with me, and for his sister to watch the older children who had been sleeping up until this point.

While I was waiting for Ryan to arrive, the doctor came back to see how I was doing. The IV had helped to reduce the shooting pain (as the pain had been radiating up my jaw and into my ear), but it really hadn't reduced the pain in my throat. He said that we needed to do a simple procedure to drain the abscess. Honestly, I was really scared of it, especially without Ryan there, but there was no choice and I felt God's peace and comfort in the situation. Fortunately, Johanna slept as they transferred me to a private bed and prepared for the procedure. Basically, they first injected a needle with freezing medication (similar to what the dentist uses) straight into the abscess (ow, ow, ow, ow, OW!). Next, he inserted an emtpy, sterile needle into the abscess and drew out as much of the infected fluid as he could until I couldn't handle it anymore. I couldn't believe how much he got out, and I couldn't believe how immediatley I felt 100 times better and I could actually swallow. Wow. Mercifully, Johanna slept through the whole thing, beside my bed in her carseat.

Ryan showed up about 30 minutes later, with a cold smoothie in hand for me (sweet man that he is). We had to wait for me to finish receiving some fluids through my IV (they were also giving me several bags of saline solution since I was somewhat dehydrated from lack of fluids.) After that, I was free to go. They kept the IV in my arm and covered it up with gauze, because I am still receiving my antibiotics through my IV every 12 hours at the hospital. I had never heard of this before, but it is a more agressive approach to really severe infections, and in a day or two they will switch me over to an oral antibiotic to finish things up.

So where are things at now?

I am feeling much, much better. I am pretty tired, but that's mostly because I didn't really sleep for one night, so I am still catching up a bit. Other than that, my throat is still a little raw and sore, so I am only supposed to eat cool, soft foods, but it is getting better. I think that all those natural things I did to help with the virus actually did get rid of it, because once the abscess was gone I realized that my sore throat wasn't really there anymore (but rather it was the abscess that I had been feeling the last few days when I thought it was still the virus). I am sleeping well now, even with the IV in my arm, and in a few more days I think I should feel back to normal.

As for Johanna, she has been off of my breastmilk since that last feed before my IV. Since then she has been nursed by my SIL, given milk by a friend, and last night we got her started on formula. This is not my ideal. At all. I've always wondered what I would do in this kind of a situation and when it actually happened, I knew in a heartbeat that I would rather give my daughter inferior milk for a week or so, than to wreak havoc on her little system through the use of unnecessary antibiotics that she would receive through my milk.

In the meantime, I have several darling friends who are pumping for Johanna, providing her with up to 3 feeds a day of breastmilk, and I am going to try and see if I can get a little bit more. For the other feeds, we are using an organic cow's-milk based formula. It had the cleanest ingredient list I could find in a pinch, and included two ingredients (lactose and coconut oil) that the Weston Price Foundation specifies as being extremely important in their FAQ page on formulas. I am using their enriched formula recipe, by adding lightly cooked organic egg yolk as well as cod liver oil to the formula, and my own addition of Udo's brand of infant/toddler powdered bacterial cultures, which includes bifidobacterium infantis, an extremely important culture found in breastmilk.

I really wanted to do the raw milk homemade formula recipe (all of these recipes are also found in Nourishing Traditions), but on such short notice I could not pull together all of the necessary ingredients and sufficient quantities of raw milk to make it happen, and so we went with the stopgap method of using the enriched formula recipe. It is not a perfect option, but I feel at peace about it, especially as she is receiving some breastmilk every day in addition to the formula and it's a very temporary situation.

I am also pumping (and dumping) in order to maintain my milk supply for when the antibiotics are finished. I am also taking advantage of this short nursing break to do a mild cleanse, to help clean my body out a bit of any toxins that have built up. Since I am usually in the cycle of pregnancy-breastfeeding-pregnancy-breastfeeding, I thought that this was a perfect opportunity to do a little "housecleaning". 🙂

Right now, life is busy! My days are full, with hospital visits for IV therapy every morning and evening, having to prepare formula and wash and fill bottles, feeding Johanna by bottle (for some reason, it's taking her about twice as long to drink the same amount of milk), pumping to maintain my own milk supply, picking up donated breastmilk, and just trying to keep my head above water with simple meals, basic laundry and the children's needs. Phew! I will be so relieved when this is over in a week or so and life can get back to normal (whatever that is!).

Thank you for your continued prayers for a quick and full recovery and also for Johanna to be able to handle this change in the milk that she is receiving and that we would be able to re-establish breastfeeding quickly and easily when this is all over. I will post on my blog as I am able to and hopefully will soon be back to my regular posting schedule! 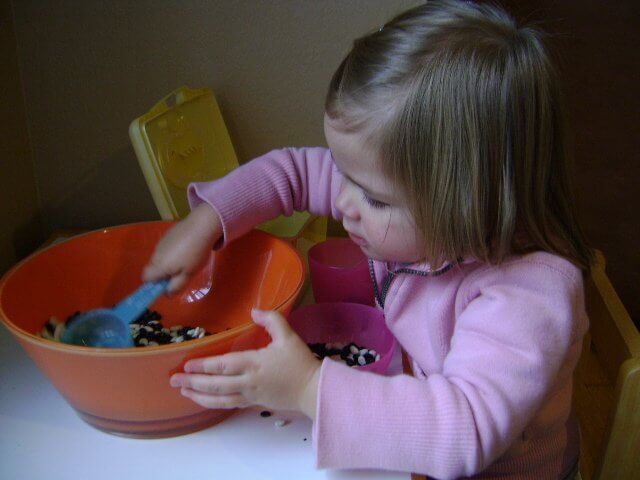 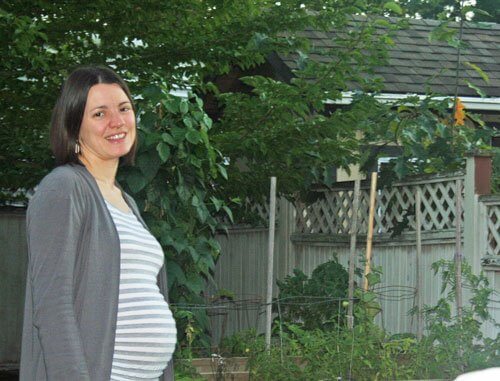