You are here: Home » Blog » Family Life » A Day in the Life of a Pilot’s Wife (With Three Kids Under Five) 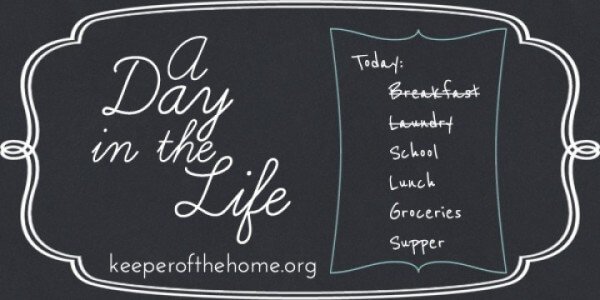 It’s a typical Wednesday night, and I’m about to record for you a typical day in my house.

Silly readers – there’s no such thing as typical when you’re married to a pilot, have 3 kids (sometimes 4), work part-time from home, write a blog, and are just waking up from five years of massive sleep deprivation.

Oy vey. Friends – this “day-in-the-life” thing is… shall we say… a huge challenge for me.

I swing wildly between feeling like supermom and feeling like a total failure. My hubby’s job is the most unpredictable job ever (it literally depends on the weather), which makes planning my days pretty much impossible.

I have way more on my plate at the moment than what is healthy, and I know it. 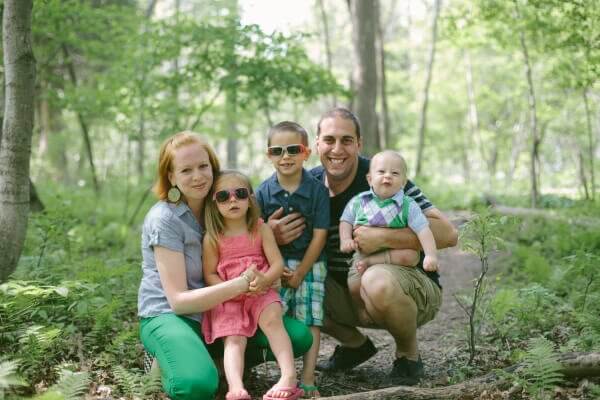 It’s funny – with all of the crazy unknowns that exist in our day-to-day life, the only real consistency is the texting back and forth between us (we each have cell phones instead of a home phone). The texts I send most often?

“It’s thunderstorming here – are you gonna be home for dinner/bedtime?” 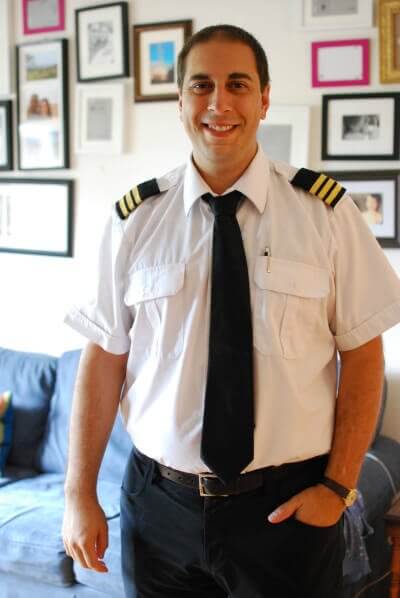 So. As I was saying…a “typical day-in-the-life” in my house? Such a creature doth not exist…but let me attempt to communicate the typicals that do happen.

Many days I wake up and Chris has already left the house for a 7:00 a.m. flight but then some days he doesn’t leave until 9:00 a.m. or later (and sometimes he stays home for the morning to give me a few hours of work time upstairs at my little desk in my bedroom).

Some days I wake up by the sounds of a crying baby on the monitor at 6:00 a.m., and I stumble in to his room to nurse him and hope he goes back to sleep. Mercifully, he has been doing that for the last few weeks while the older two languish in bed and watch something on the iPad.

This morning I woke up at 8:23 a.m. and rolled over to see hubs still in bed beside me. The kids were in our walk-in closet with the iPad (God bless technology) and Canaan was still sleeping. That was the first time we’ve slept in together past 8:00 a.m. since before we had kids.

It felt so, SO weird, but nice. Six months ago when C was waking habitually at 5:30 a.m. (plus still waking lots in the night) I remember telling Chris that I would sell my right arm for a full night of sleep. Now it’s on the horizon…and I’m a little in disbelief. 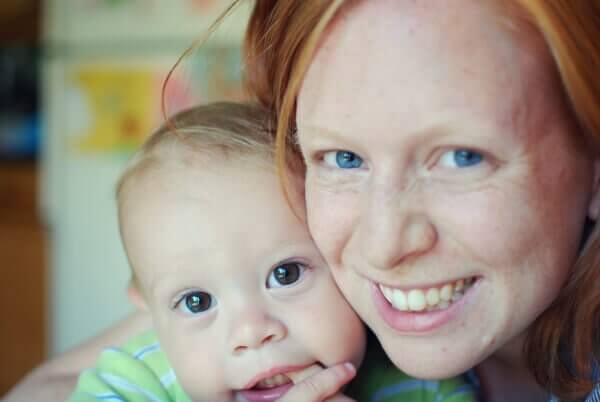 More along the lines of my daily reality. I generally manage to shower every other day, but make-up? Usually only for church or social events. Judging by the smile on my face in this pic, you can tell I’ve had my morning coffee.

Some days I get dressed in something that makes me feel awesome but some days I’m choosing from thrift store finds that I regret buying. Some days I wear yoga pants and some days I wear a cute dress. As the air turns to crisp autumn I find myself looking forward to sweaters and boots and scarves, reminding myself to dress nicely even on the days I stay home ( because I’m worth it).

Most days we head downstairs to a dirty kitchen with last night’s dishes which is a completely discouraging and demoralizing way to start the day, but by the time the kids are all asleep in the evenings my best intentions are dead on their feet and can’t lift a finger to encourage me toward the kitchen. Plus, I pretty well always have urgent work to do on the computer, usually until the wee hours of the night.

Most days lately I’m tinkering around with recipes to include in my upcoming ebook. There is always a cup of coffee in there somewhere, with cream and real maple syrup. I have a Keurig and some k-cups for desperate days, but mostly I use my re-usable k-cup filter and grind my beans fresh that morning.

Coffee and me are in love, and it’s serious. 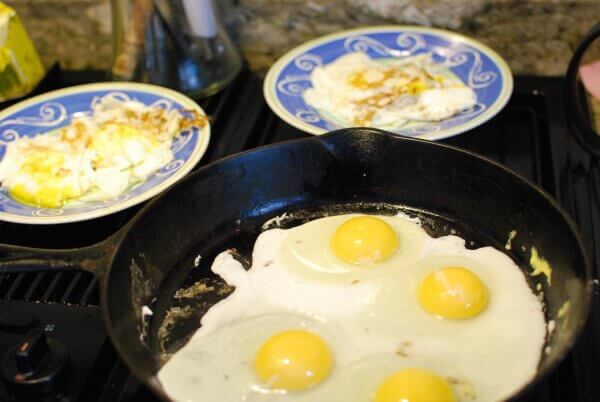 My niece arrives. Four days of the week I care for her while my sister works. She is just six weeks younger than Aliza, so she fits right in (and adds the expected amount of chaos to the mix).

Some days we go out. Usually the library, grocery store or the zoo. Most outing days I feel like a military commander executing a precision operation. I try not to bark out commands like a drill sergeant but some days I slip into that role more than I prefer.

I answer a million little old ladies’ questions about whether or not they’re all mine and fantasize about actually responding out loud with any of the sarcastic comments that run through my head (my current favorite? “Nope, I stole ’em”).

I break up fights over who gets to “help” push the cart. I single handedly maneuver us like a slow-moving whiny posse back and forth to the bathroom (on the second floor via elevator, on the other side of the store from where we are, every.single.time). Twice.

And then some days we just chill around at home.

I repeat myself eleventy hundred times.

I remind us all to “please speak kindly” and ask “what would love do?” and “is that a kind way to treat your sister?” and “what can you do to make it right?”. Ad nauseum.

I get a bajillion and a half snacks served and I negotiate peace agreements between parties as Bowl Color Distribution Talks break down in the early stages of negotiation.

I empty the dishwasher as the baby tries to crawl inside and play with sharp knives. I start a load of laundry. 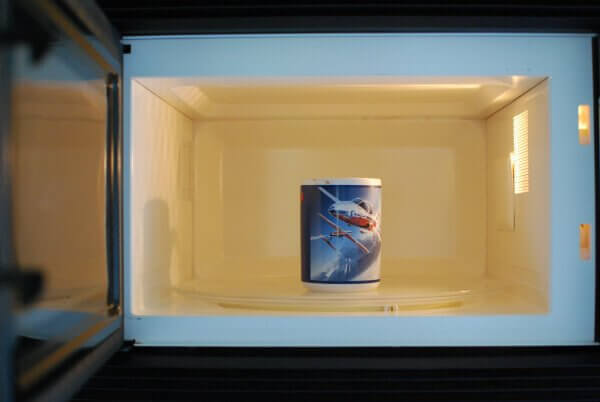 Don’t use a microwave, kids. It’s bad for your health. But then again, so is not finishing your morning cup of sanity… hmmm.

Generally lunch time creeps up on us and I throw together a quick snack-tray kind of lunch. The kids usually inhale it in about 3 minutes then run off to play again. I throw a movie in to the VCR for the kids (yep, still in the 80’s and loving the 25 cent movies at every thrift store and garage sale) and take the baby upstairs for his nap.

I rock and nurse him to sleep and I don’t regret a single second of it. There’s just enough light in the room for me to swoon over his long baby eyelashes and his pudgy cheeks and perfect lips nuzzled up against me.

I finally put him in bed and head downstairs and am inundated with to-do’s. Chores that are difficult with a toddler around, like the dishwasher, get done first. Then I sit quiet for a moment for my mental sanity. Sometimes with a cup of tea and my computer. Most days I am able to get quiet time with my Bible and journal, which refreshes me and makes an obvious difference in my attitude and heart the rest of the day.

Eventually he wakes up. We cuddle. He toddles off to play and make messes, his cloth diaper butt waddling behind. I continue to do chores or dinner prep or a few moments on online stuff (facebooking, blogging, reading/researching, homeschooling prep, recipe research, ebook writing, and more), as the kids are playing and happy. Everything weaves together with the natural back-and-forth rhythm of the day (assuming I’m not mucking it all up by being Grumpy Mom. Ahem.)

Of course, everything could change at a moment’s notice when hubs calls and says his last flight is cancelled because the cloud ceiling is too low so he’s coming home early. So we drop everything and run out to do those errands that have been waiting. Or we drop everything for an impromptu family afternoon at the park.

Some days he doesn’t go in at all, or he doesn’t go in ’til later, or he winds up staying later than expected. Many days as of late he has been doing night flying and not arriving home until sometime between midnight and 7:00 a.m. Like, I said – unpredictable. 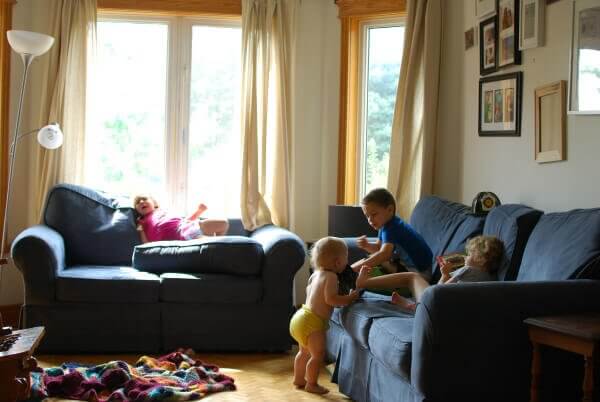 I do not even know what kind of chaos is ensuing in this photo.

My niece gets picked up by my sister. Dinner is ready to serve. Today it’s Chili Cheese Lentils. It’s a toss-up as to whether or not Daddy will be home so we usually eat alone. I often solo-parent at night, which is a bit of an exhausting challenge. The evenings that Daddy is around, though, are a team effort.

Once the kids are finally all asleep, we generally fall into an exhausted heap on the couch and either do work or watch something on Netflix together, then head to bed.

11:00 p.m. (or midnight or later… which will require multiple cups of coffee in the morning as I will be getting up to nurse at least once still)

And that’s really the extent of most of my days. We roll with it. Flexibility is a must, and though I don’t always achieve that gracefully, it’s thrust upon me no matter what. We are trusting that God loves us and is keeping us in his grace, because, well, there is no other option. 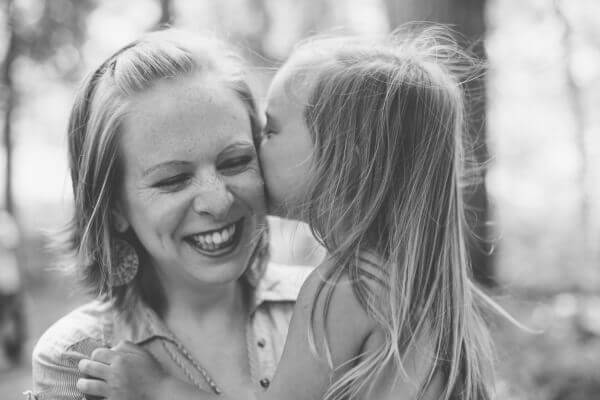 Somewhere in there I kiss the baby’s head and realize he’s not really a baby any more, he’s a toddler, and hadn’t I better start accepting that this is the first time since starting my baby-making career that I’m not pregnant at this stage?

But I don’t dwell on it long. I can’t dwell on it for long because the baby’s clinging to my neck with his chubby little arms and the Big Girl is tugging at my skirt needing my eyes on her and the elder boy-child is proud of his three-wheeled lego firetruck airplane and wouldn’t you be, too? I kiss that baby’s needing-his-first-haircut hair as he swings on my hip and I watch the days dissolve into the years flashing by.

Thank-you sweet Jesus for the everyday liturgy of motherhood and laundry and a hundred kisses a day.

Day in the Life: Kresha, a Busy, Work-at-Home Mom
Next Post: 2013 Christmas Gift Guide at Keeper of the Home