You are here: Home » Blog » Family Life » How to Naturally Boost Your Iron Levels 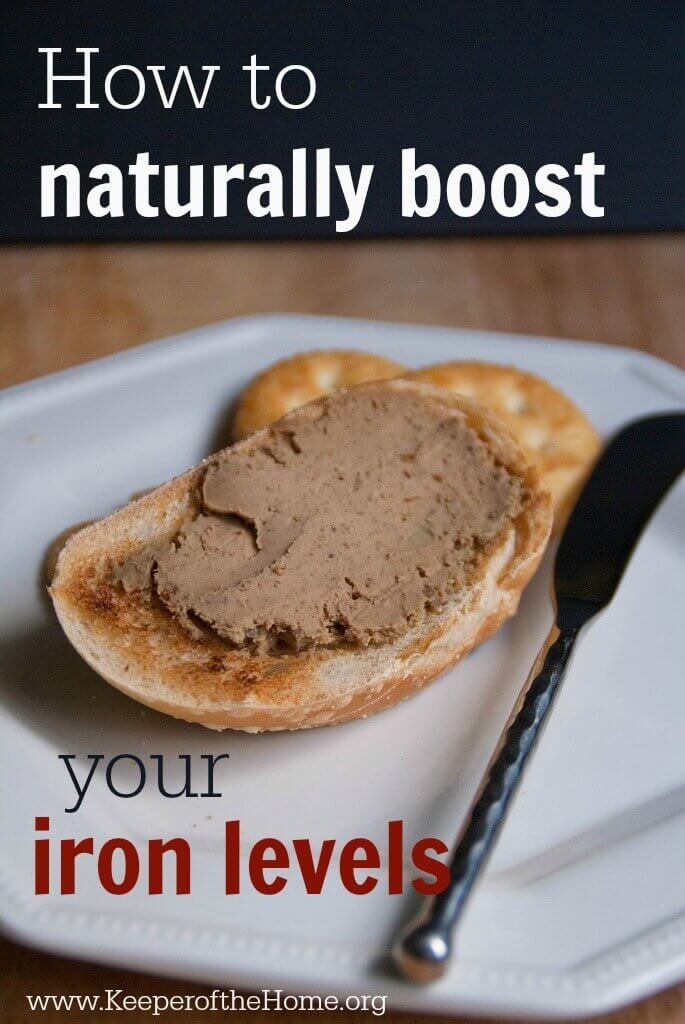 Though I’ve been somewhat low in iron in previous pregnancies, this was the first time I truly felt the physical effects of the deficiency.

And in fact, this isn’t only a pregnancy-related issue, but being low in iron be a common struggle for women as we routinely lose blood (and therefore iron) with our monthly cycle. Many women are low or deficient in iron without actually realizing that’s the problem.

Ensuring that we maintain strong iron stores is crucial for our overall health and well being, and in seasons of pregnancy, it just becomes that much more important. With the expansion of our blood supply needed to nourish the baby and supply the placenta, our iron levels must increase or else we’ll quickly find ourselves anemic, or at least borderline anemic (where you experience some of the effects, even if a test doesn’t official declare you to have anemia).

This winter, as I neared the end of my first trimester, I was struggling with repeated colds and flus, which tend to plague me each time I’m newly pregnant (it’s normal for the immune system to be suppressed during pregnancy).

But along with that, I had other strange symptoms that were throwing me for a loop and seemed unrelated to the viruses I was battling.

Here’s a list of signs that you may be low in iron:

It’s worth noting that children can become iron deficient as well, and this can actually harm their growth and development, so if you suspect iron deficiency in your child, it’s well worth getting them checked out to rule it out or know so that you can be proactive about increasing their iron intake.

For breastfed babies, the best thing that a mom can do is to up her own iron intake, to ensure that baby is getting plenty of it through her milk, at least until that baby begins eating solids and then you can ensure that they are also consuming iron rich foods in their diet.

There are blood tests to check for iron deficiency, and this is useful, but you want to make sure that the doctor or midwife checks both your iron blood levels (hemoglobin and hematocrit) as well as your iron stores (by testing your serum ferritin – probably the most reliable test). Once your stores begin to dip, even if your blood levels are still good, you can move into a state of deficiency quickly, particularly when you are pregnant. 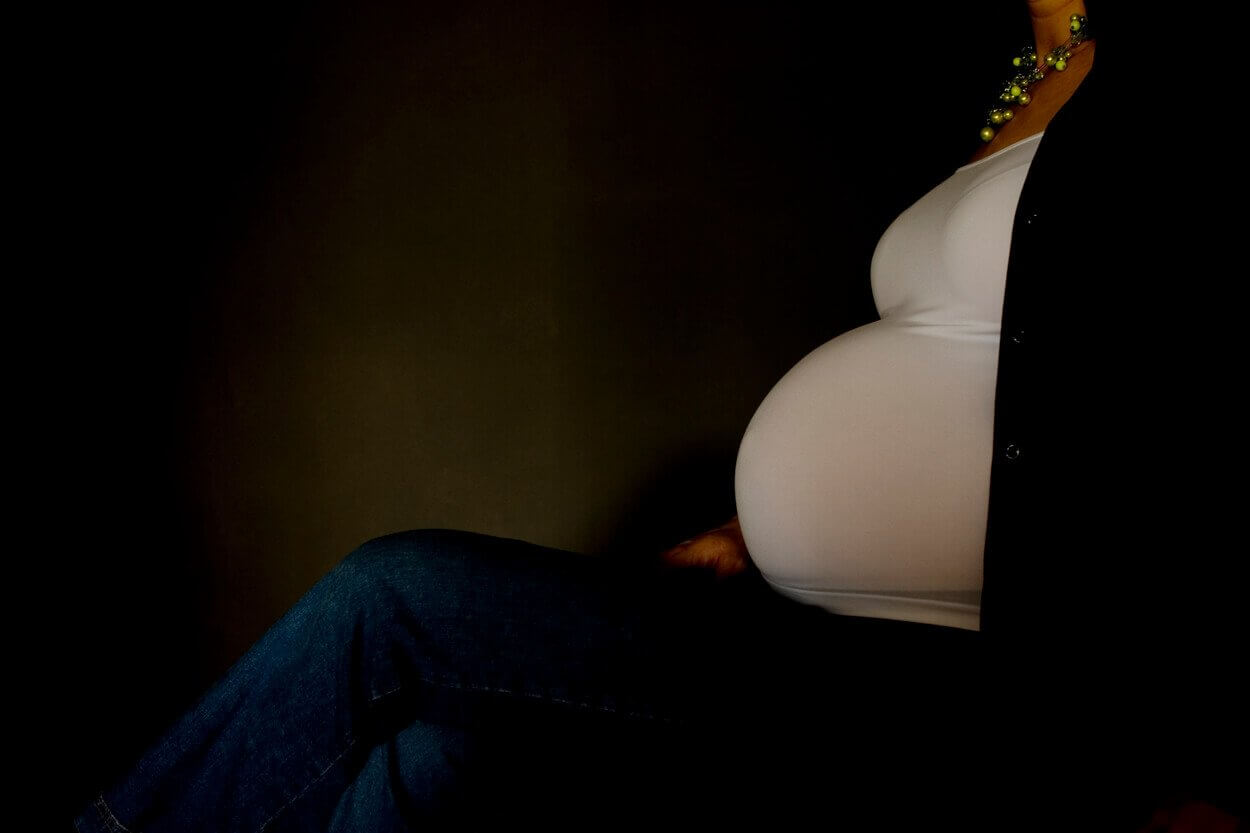 Addressing my own iron deficiency

After speaking to my midwife about it and researching a little, I concluded that low iron was the culprit and went straight out to purchase a bottle of my very favorite iron supplement, Floradix.

I use this supplement because a) it’s a highly reputable brand and recommended by several naturopathic doctors I respect, b) the iron is extremely absorbable and works very quickly, and c) it does not go along with those horribly uncomfortable side effects that other iron supplements are notorious for (constipation, nausea, etc.).

I have also had good experience in the past with the liquid herbal iron supplement from Trilight Health (and I love their other pregnancy-safe formulas – I’m currently using the mineral one).

After just a few days, I began to feel more like myself again. After a month of going through my large bottle, I felt fantastic and back to normal.

Fast forward two months… our family is currently working and living this winter/spring in Europe (follow us on Instagram here). At present, we just recently finished up a month of renting a home in a small town in France. After recognizing some of these very same iron deficiency symptoms creeping up again the past week or two, I began going to various pharmacies (which in France carry both conventional and natural remedies side by side).

But to my dismay, no one had ever heard of Floradix, nor could I even find a single type of liquid iron, let alone one that was plant and herb based, which would be gentle on my system.

In desperation (for real – the 300-year old house we were living in had 3 flights of very steep steps and I was huffing and puffing each of the ten times that I went up and down them every day – it felt a little pathetic!), I decided to figure out how I could boost my iron using just food sources and whatever else I could get my hands on until I can buy a proper iron supplement. 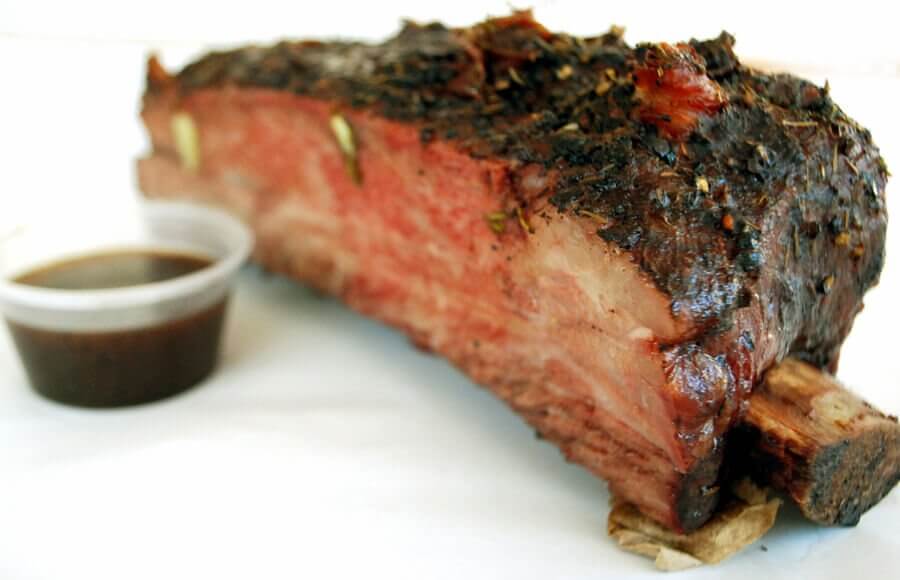 As a huge proponent of using real food to nourish the body whenever possible, my plan was to eat as many foods naturally high in iron as possible. 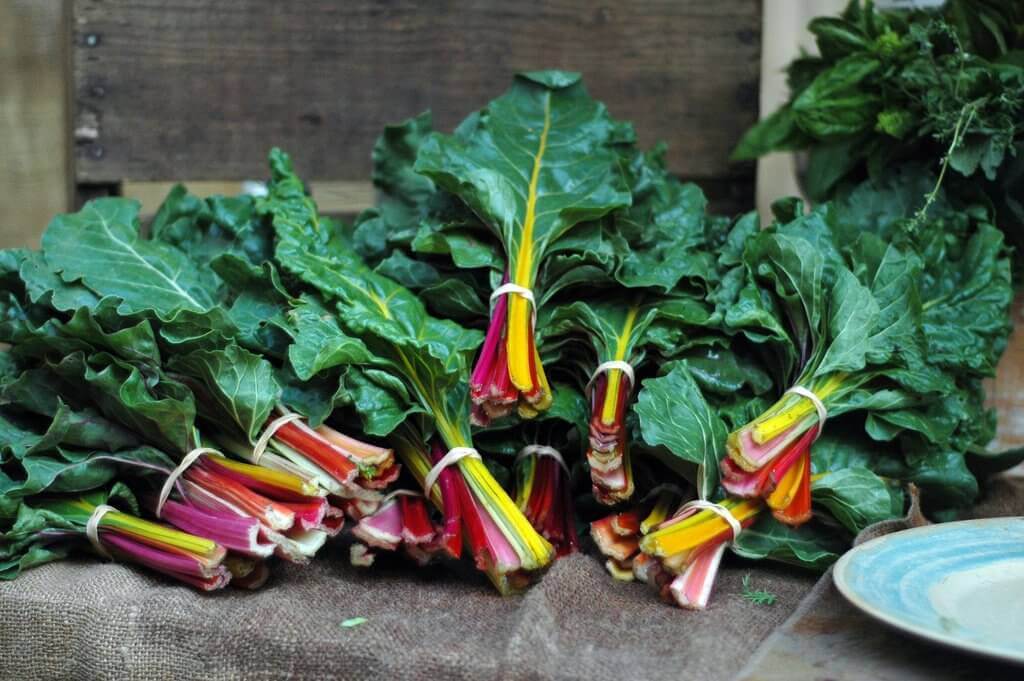 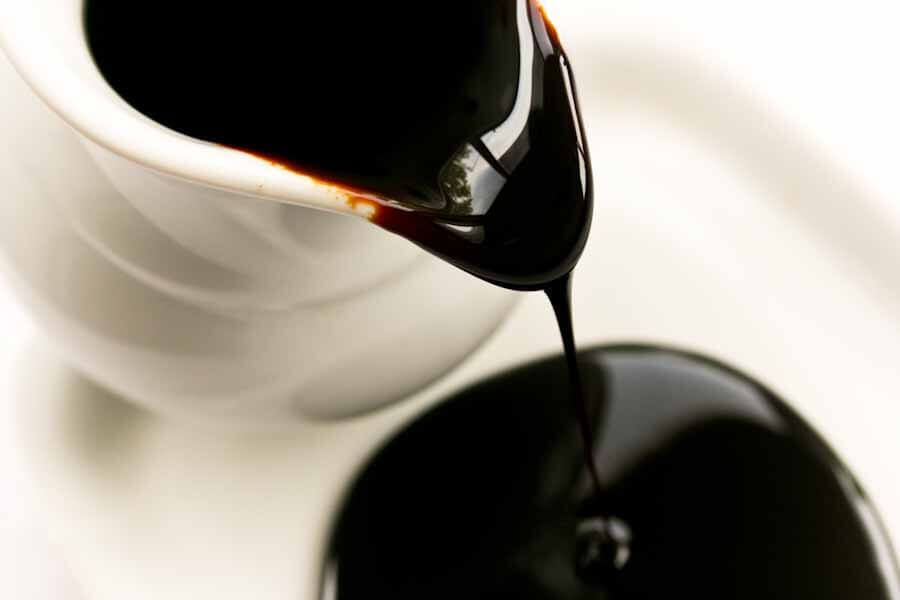 Image by Gee I Jane

Other sources of iron

Make sure that you absorb it

There are people who will tell you that you should focus on plant sources of iron, and others (mostly traditional foods or paleo/primal advocates) who will insist that animal-sourced iron is the way to go.

Personally, I think it’s wise to include a mixture of both kinds of iron, as each person will absorb them differently. The more variety you give your body, the more likely that you will get enough overall.

It is worth noting that the iron in plant foods (called “non-heme iron”) is not always as easily absorbed by the body as that in animal foods. However, when consumed alongside Vitamin C, it becomes much more useable.

So whenever you eat these iron-rich plant foods, be sure to make sure you eat something with vitamin C at the same time – fresh citrus is a great choice, berries, bell peppers, etc.

It also helps to pay attention to your digestion. The better your gut is working, the more that you’ll take in all of the nutrients in what you eat. Taking probiotics, eating cultured and fermented foods daily, reducing sugar in your diet – all of these things and more can help your gut to function as it should.

Also, consider reducing grain intake temporarily, or making sure that you only consume grains that are soaked, sprouted or sourdough to reduce their phytic acid content, as both phytic and oxalic acid  (found in some raw veggies, such as spinach or broccoli, so eat them lightly cooked instead) interfere with iron absorption.

Reducing tea and coffee consumption is also wise, especially not having it after an iron-rich meal. Milk can also interfere with iron absorption so again, try not to have dairy and iron-rich foods too close together. For more specific suggestions on increasing iron absorption, read this post.

Pregnant or not, it’s just wise to keep your iron levels up.

It doesn’t need to be a stressful or particularly calculated thing, but more a matter of making sure you’re including iron-rich foods in your diet on a regular basis.

If you are deficient, it’s wise to supplement first (though I’d recommend at least a chat with your doctor or midwife before doing anything at all), and then make sure you are purposeful about maintaining your iron levels for future prevention. You don’t want to let your iron deficiency become a bigger issue or lead to further complications in the meantime.

What have you found to be effective for boosting your iron levels?

Disclaimer: I am not a certified medical professional of any kind and am not qualified to give you medical advice, to diagnose any illness or prescribe treatment. My goal is to help to educate and inspire you to take responsibility for your own family’s health and make informed choices of your own, not to consult you on medical treatment.