You are here: Home » Blog » Hope Runs: The Power of Letting Our Stories Shine 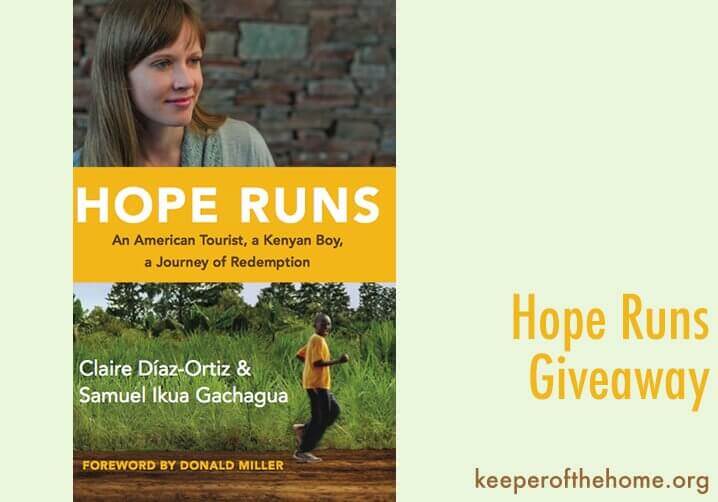 It started on a trip unlike the others. A trip around a small-big-tiny world with a twenty-something best friend in tow. A year-long trip through nineteen countries, and hundreds of books and one pair of running shoes that took me to the finish line of a Spanish marathon and to the Base Camp of Mt. Everest.

Because in this story, in my story, God told me the mountain wasn’t where I was supposed to be. It was at the base, He said, with my two feet on the ground, in the orphanage with the cheap guest house that happened to house us for the night before the climb, where we were meant to stay.

And stay we did. For a year, living alongside 170 children, panting throughout our practices in our makeshift running program, and eventually starting a nonprofit called Hope Runs, aimed to help orphaned and vulnerable children through extracurricular programming and education.

There are different ways to tell the story of what happened next. What brought one of those runners into my heart in a way I couldn’t shake, and what force pulled him with me to the United States when so many of the odds were against us all the time.

And then, of course, there is the story of what happens now. What happens when a Kenyan teen with four languages on his tongue and a mother-sister-aunt of a white woman just a dozen years his senior perched on his shoulder tries to navigate this big-tiny-small world.

Hope Runs: An American Tourist, A Kenyan Boy, a Journey of Redemption is the beginning of this story.

There are stories that are meant to be told, and this is mine.

I believe we each have dozens of them inside of us, and only rarely do we realize in life the power of letting them shine.

To celebrate the launch of Hope Runs, a story I’ve been meaning to tell for years, I’m giving away a free ebook, Share Your Story, which I wrote to talk about the power of sharing our stories in our lives. Download it here.

And, win A Copy of Hope Runs:

To win one of five copies of Hope Runs, do one or more of the following things. Leave 1 comment on this post for every item you do.

Sammy Ikua Gachagua had lost his father to illness, his mother to abandonment, and his home to poverty. By age ten, he was living in a shack with seven other children and very little food. He entered an orphanage seeing it as a miracle with three meals a day, a bed to sleep in, and clothes on his back.

When Claire Diaz-Ortiz arrived in Kenya at the end of an around-the-world journey, she decided to stay the night, climb Mt. Kenya, then head back home. She entered an orphanage seeing it as little more than a free place to spend the night before her mountain trek. God had other plans.

Claire Diaz-Ortiz (@claire) is an author, speaker and Silicon Valley innovator who was an early employee at Twitter. Named one of the 100 Most Creative People in Business by Fast Company, she holds an MBA and other degrees from Stanford and Oxford and has been featured widely in print and broadcast media. She writes a popular blog at ClaireDiazOrtiz.com and is the author of the new book, Hope Runs: An American Tourist, a Kenyan Boy, a Journey of Redemption. (Stephanie’s note: And, a brand new mama! Her first baby born and the launch of her book, all in one wonderful, eventful week. Congratulations, Claire and Jose!)

Do you have stories inside of you that you feel are meant to be told?

Spring Clean Your Garden Tools
Next Post: 6 Steps To a Naturally Clean Home {Plus 48 recipes}