You are here: Home » Blog » Family Life » Eliza Spurgeon: Legacy of An Apt and Godly Helper 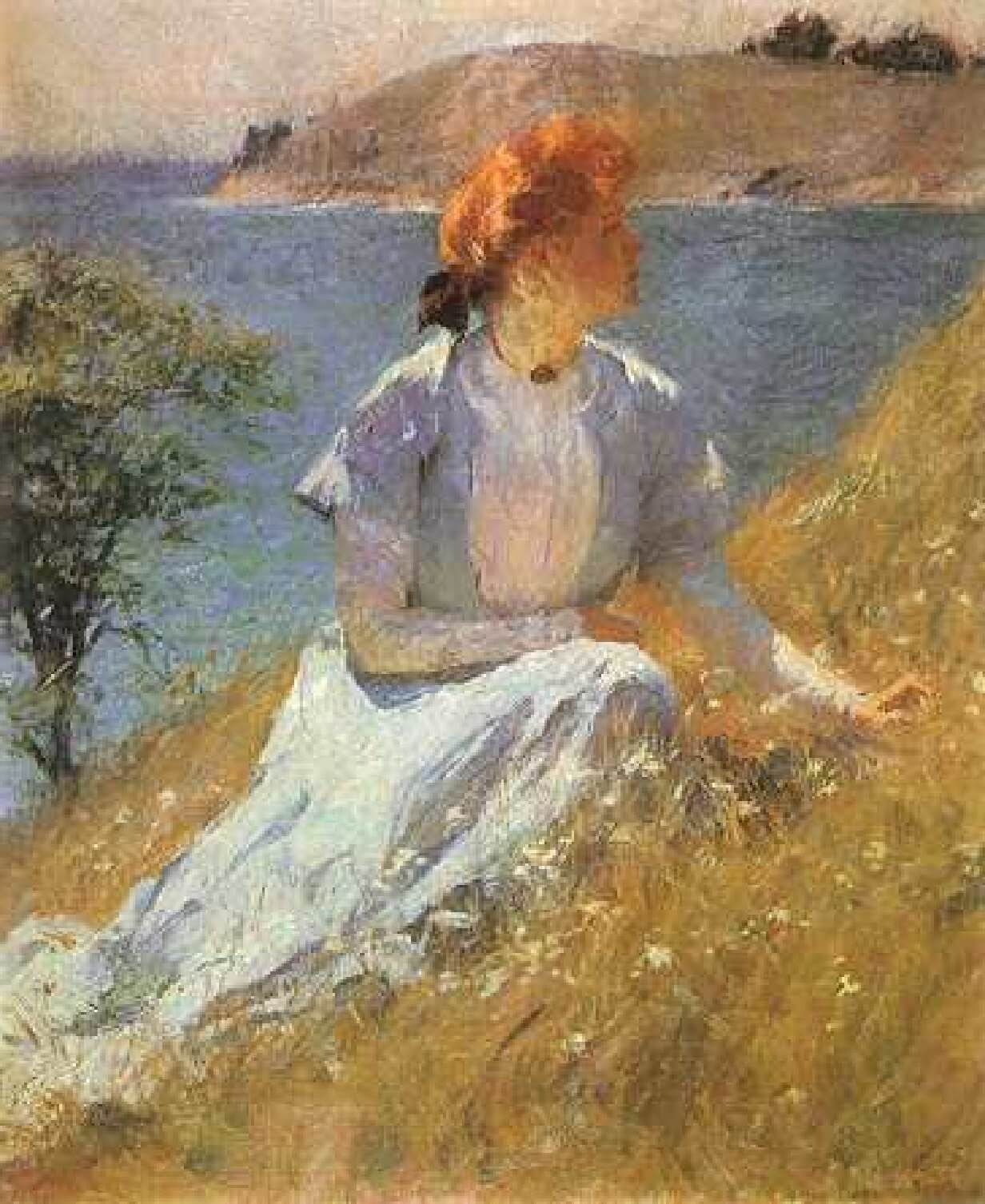 A womanly legacy worthy of passing on

A while back I began compiling a collection of mini-biographies of Christian women, single, married and widowed, whose lives might inspire us to live godly in this present age as that relates to all of the divinely created helper functions devout women have Biblically and historically fulfilled. The collection has included women helping as wives and mothers and women working in the church and in missions (locally and abroad),  whether single, widowed or married.

In discovering and researching such women, I’ve realized that any woman who follows Christ for His glory and honor and who has given up her life to be used by Him can be a candidate for this list. Any one of us who lives in this fashion will leave a legacy of love for Christ that will inspire and encourage women who come after us to be the helper God created them to be.

The following is a glimpse of Eliza Spurgeon, mother of Chares Haddon Spurgeon, also know as C. H. Spurgeon. Most of the following information (in quotations) concerning Eliza is penned by her son, Charles, in his autobiography. Any other sources will be noted. 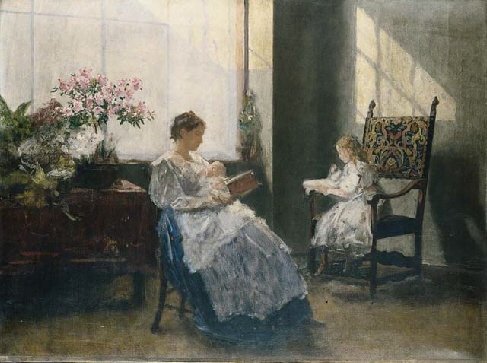 Eliza’s children rise up and bless her

Eliza’s son James said of her, “She was the starting point of all the greatness any of us, by the grace of God, have ever enjoyed.” Both James and Charles were most thankfully indebted to their mother who devoted herself to praying for and actively pursuing the salvation and spiritual welfare of her eight children. (Seventeen children were born to John and Eliza Spurgeon. Of these seventeen, only eight lived past infancy.)

Charles gratefully wrote, “I cannot tell how much I owe the solemn words of my good mother…I remember on one occasion her praying thus: ‘Now, Lord, if my children go on in their sins, it will not be from ignorance that they perish, and my soul must bear a swift witness against them at the day of judgment if they lay not hold of Christ.’ That thought of my mother’s bearing a swift witness against me pierced my conscience…How can I forget when she bowed her knee, and with her arms about my neck, prayed, ‘Oh that my son might live before Thee!’ “

Finally, Charles awarded his mother great honor when he said of her, “Mrs. John Spurgeon…has been known and esteemed for her sincere piety, her great usefulness and humility… The prayerful solicitude with which she trained her children has been rewarded by each one of them making a public profession of their faith in Christ. Two of her sons occupy foremost places in the metropolis as preachers of the gospel; and one of her daughters, the wife of a minister…assists her husband in the preparation of his sermons..”

And her husband praises her

In another excerpt from his autobiography, Charles wrote in the third person about himself and his siblings as young children in the Spurgeon home: “As the children were growing up, 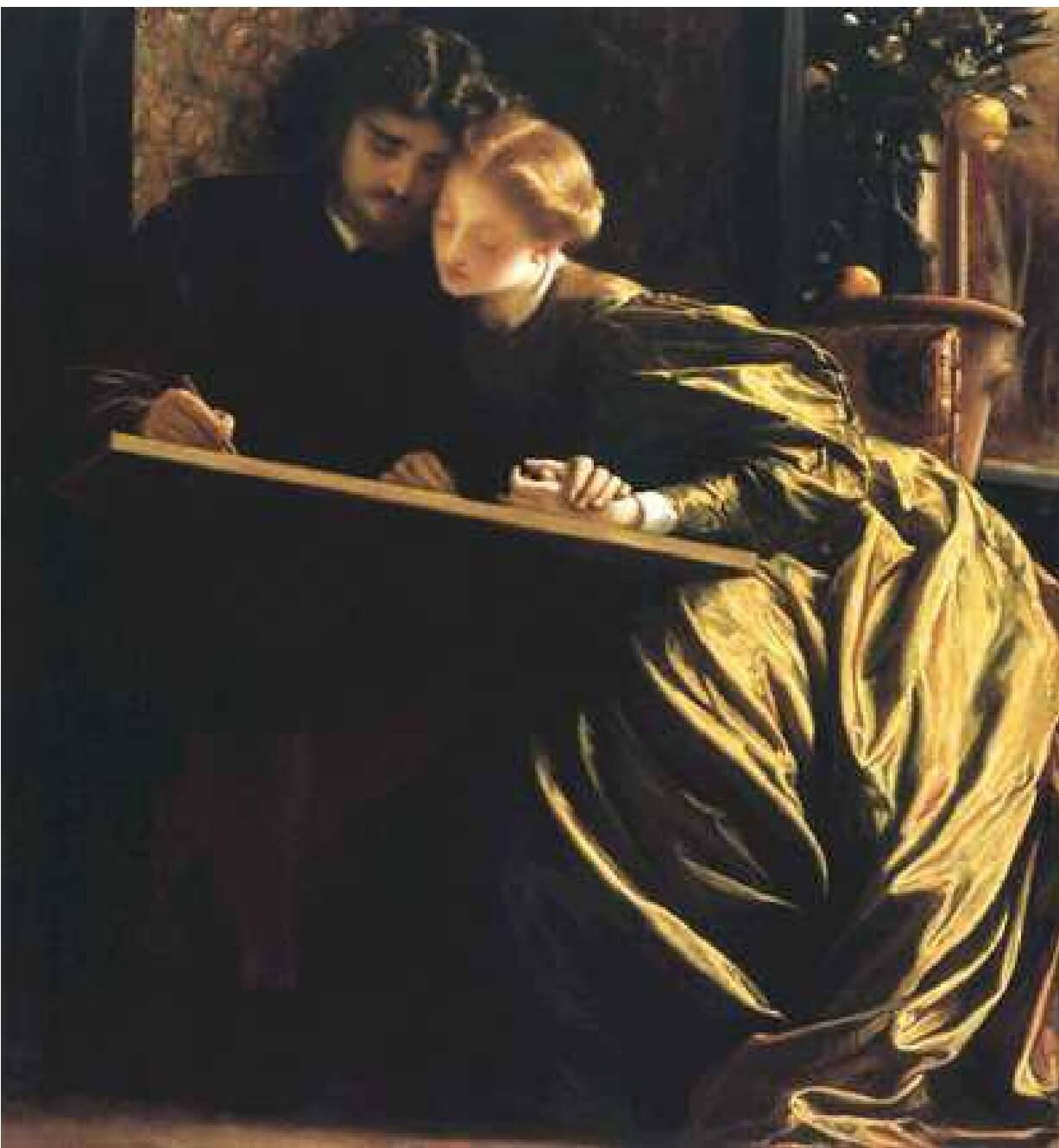 the father, like many professional and public men, feared his frequent absence from home would interfere with the religious education of the little ones. But happily for him he had a true help-meet to cooperate with him in this important work, and happily for those children they had a noble mother who lived for them, and sought to build them up in true Christian character. Nor has she lived unrewarded for her pains. Oh, that all mothers learned the lesson well! Hear the good man speak thus of his wife:

‘I had been [away] from home a great deal, trying to build up weak congregations, and felt that I was neglecting the religious training of my own children while I was toiling for the good of others. I returned home with these feelings. I opened the door and was surprised to find none of the children about the hall. Going quietly upstairs, I heard my wife’s voice. She was engaged in prayer with the children; I heard her pray for them one by one by name. She came to Charles, and specially prayed for him, for he was of high spirit and daring temper. I listened till she had ended her prayer, and I felt and said, ‘Lord, I will go on with Thy work. The children will be cared for.’ ”

What can we learn from Eliza?

As I discovered Eliza Spurgeon in the pages of Spurgeon – A New Biography by Arnold Dallimore, I marveled at her dedication to her calling to be both a helper to her husband, John, himself a preacher of the gospel, and an advocate for her children. It was, in fact, her advocacy for her children that reveals her husband’s great confidence in her as his helpmate. Because she willingly carried the burden of her children’s salvation before the Lord, her husband was freed up spiritually, physically and emotionally to do the work God had called him to.

Her devotion to the children, however, was tempered by her supreme love and commitment to her King, seen by her willingness to “bear a swift witness against them” if they rejected Christ as their Lord and Savior. Of course, her prayer, as stated above was an earnest, heartfelt plea to her Heavenly Father that such a calamity would never happen.

Kingdom praying – agonizing as Eliza did

Could you pray thus for your children? I never did for my own children and thinking back, I know that I could not have. They occupied too high a place in my heart, sadly a place higher than Christ. I spoke often to 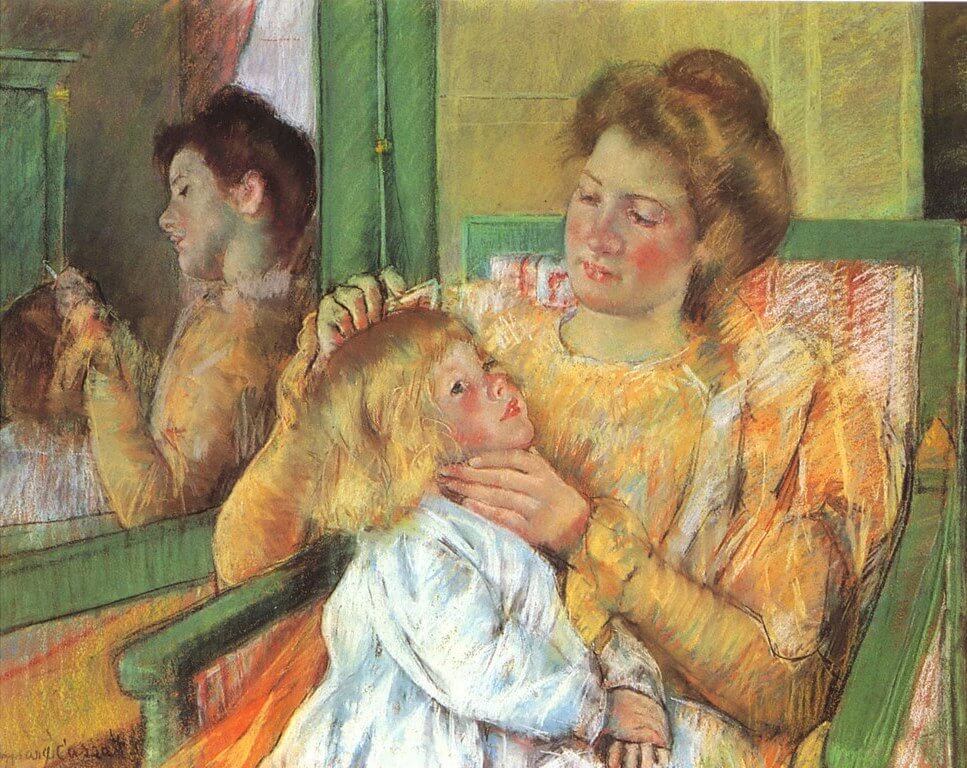 them of the Savior, but in that speaking I was overly confident in my own ability to turn them toward Him. My method of training my children was everything to me and I reasoned that because of my commitment to that method, God was obliged to do His part in saving them.

Because of my self-confidence, I lacked the finely tuned spiritual eyesight that Eliza Spurgeon had. Though I spoke often to my children about Christ, I spoke infrequently to Christ and my Heavenly Father about my children. And when I did it was without the desperation and fervency that characterized Eliza’s praying. I preached far too much and prayed far too little.

Thankfully, God delivered me from this folly, but not without cost for the willful independence that characterized me during that time. From that day of freedom and grace to this, I pray for my grown children the way Eliza prayed for her youngsters:

With supreme love for Christ – I pray as Eliza did, with my priorities as they should be for one who follows Christ. He is my first and foremost Love. Though my children no longer occupy that inappropriate place in my heart, it is for this very reason that my love for them is deeper, more powerful and more demonstrative than when they were small. It is my love for Christ and His love for me that continues to put me before the throne of His grace on their behalf. It is His very love in me that empowers me to pray thus.

In humility of mind – I pray with Eliza’s humility, knowing that it is the Spirit of God alone who can journey into the regions of the heart and create Light where there is darkness.

With confidence – I pray with Eliza’s confidence, knowing that God is kindly disposed to do such work and, in fact, salvation is the very work He desires to do above all else, the work that cost His Son’s blood on the Cross. 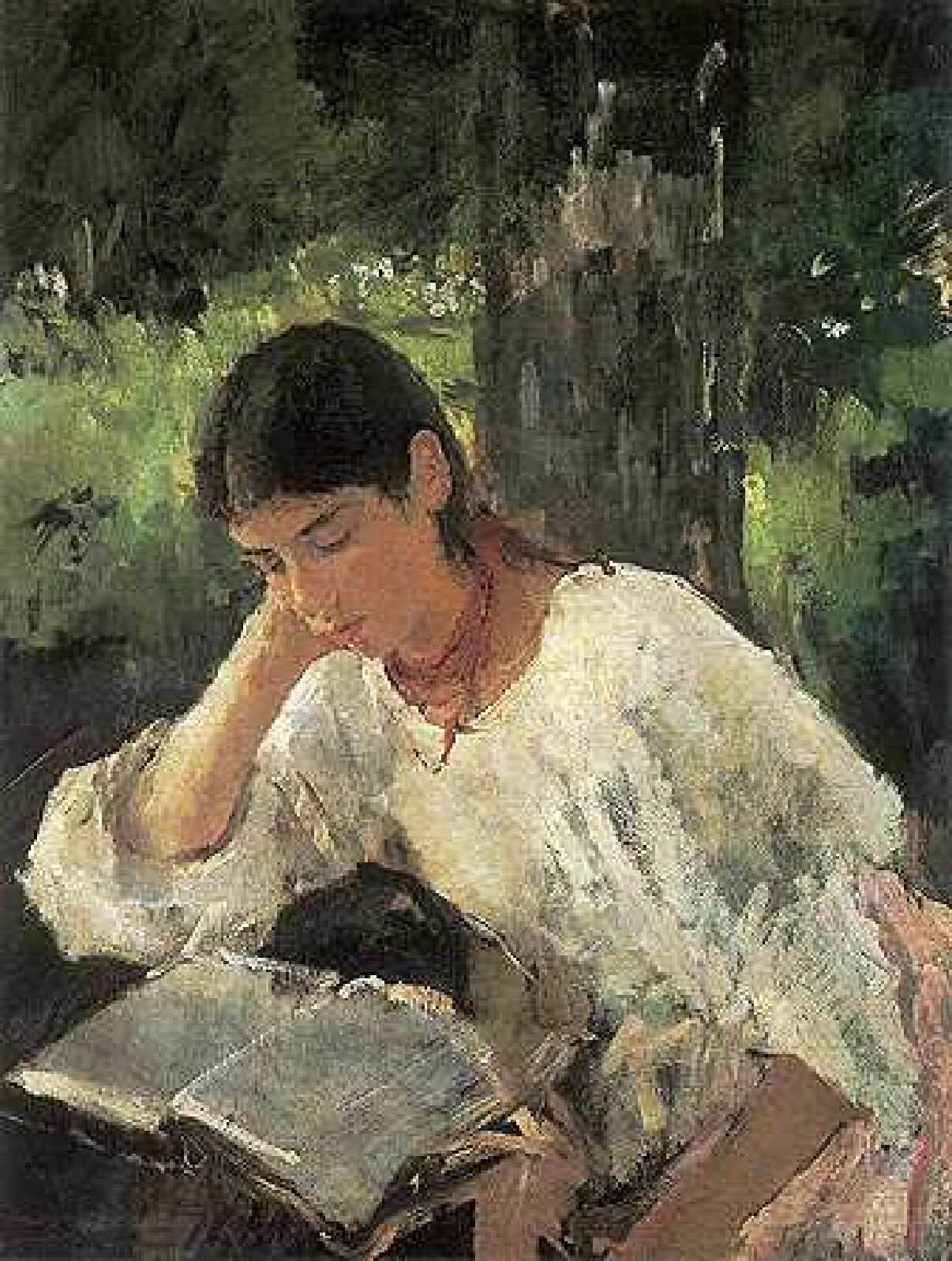 do. Though I know this is true, I also know that my Father delights in giving His children good gifts; and that when I pray according to His will He hears and grants the request. One more thing I know to be true is that it is His will and delight to save sinners. So that is how I pray.

With desperation – I pray in desperation, as did Eliza, knowing that should my children continue in their choice to be self-governing, the calamitous day will come when there will be witness born against them before their Judge. Therefore, I pray fervently, as one desperate for His grace for them.

Living each day, doing the same mundane things over and over again and failing often at what God has puts before us,  causes us, at times, to wonder how we could ever be an encouragement to others, let alone leave a legacy of love for Christ. Though this is how we live our lives, God uses the mundane to bring about His eternal purposes. He uses our failings to break anew His grace and mercy to us. As a result we come to walk humbly before Him and His grace always has the last say.

Eliza Spurgeon’s life was really is no different than ours. She had to learn to walk by faith in God’s grace and mercy just like we do. She served the same God we offer ourselves to, was indwelt by the same Spirit we own and loved the same Savior we now adore.

It is Christ’s life lived out through us that transforms our anthology of ordinary days into an extraordinary and eternal legacy of love worthy to pass onto the women, some of which will be our own daughters,  who will come after us. May I challenge you to pursue the ordinary made extraordinary?

Is there a particular woman who has passed an extraordinary legacy of love and godly womanhood onto you? How have you been encouraged to follow in her footsteps?

Even Real Food Bloggers Get the Blues (and How to Keep Nutrition Up in Busy, Stressful Seasons)
Next Post: Surviving Early Pregnancy With a Houseful of Littles