(I apologize in advance for the length of this post, but I wanted to get out much of this info, if for no other reason than having a record of it myself!)

I could actually say sooo much more than this, but here’s my attempt to condense my observations and things that I learned in my garden this pat year, for the Organic Gardening Carnival:

A bit of info:
Hardiness zone- 8 (Vancouver, BC area)
Size of garden- 12 ft by 28 ft, set up in somewhat raised beds
Gardening experience- This is my second year of real gardening (my first year was a 16 x 16 plot in a community garden).

To mulch or not to much?
Having read the praises of mulch in many an organic gardening book, I decided to make this year an experiment and really go for it. I found alfalfa hay for free through Craigslist, and came home with plenty for the entire summer. In the end, I wasn’t happy with mulching (at least, not the way that I did it) and here’s why:

This winter, I’m covering my grass with fallen leaves, which won’t have any weed seeds (right? Please tell me I’m right!). I wanted to plant buckwheat for over the winter, but I didn’t do it soon enough. My hope is that the leaves will keep it a bit warmer, and start to compost a bit so that they add more organic matter when I turn them under in the spring. They should also be easy to turn under by hand, which is important, because I now have raised beds that would be really difficult to use a tiller on.

Speaking of roto-tillers
I did use one this year, as my garden was just a big empty space that hadn’t been tended to much in the last couple of years. It was weedy and tough, to say the least. I rented a tiller from Home Depot (in the springtime, at least where I live, they rent them for half price for 1/2 day rentals on Tues-Thurs). I still had to go through by hand first, to get out as many big weeds as I could, and then again after to get everything else. It was still tons of work, but I do think the tiller made my work easier. It probably also spread the weeds more, which I paid for this summer, but quite frankly, I’m not sure I would have managed to get it all done and ready to plant this year without the tiller, so I’m considering it worthwhile (but only this one time- no more tiller for my garden!).
Love it, like it, leave it (seed varieties)

There were a few other variety of things that I can’t really comment on, such as another pepper variety (Antojii Romanian), watermelon (Sugar Baby), onions (Stuttgarter), spinach (Monstrueux De Viroflay), broccoli (De Cicco Italian) etc. because they didn’t do well enough for me to have a valid opinion (through no fault of their own, but because of my summer weather, or bad planting, etc.).

Most of my seeds came from Baker Creek Heirloom Seeds (they are fantastic, I will definitely buy from them again next year!). The rest came from either Heirlooms Evermore, Full Circle Seeds, or a teensy local company I purchased from at a garden show.

Pollination
One thing that I will definitely do next year is plant more flowers! This year, I had 3 large sunflowers, and two patches of nasturtiums, and a couple small pots with wildflowers that never really took off. Next year, I will be filling pots with nasturtiums and marigolds and putting them all around the perimeter of my garden, and will try again to make the wildflowers much more successful.

The bee shortage was really evident to me, and so I think it’s really necessary to plant many more flowers and not just to try to keep away garden pests (though that’s another great reason to do so). I had many instances where lack of pollination kept my crops from doing well (specifically my cucumber and squash). I should have tried (but didn’t) to hand pollinate, and will do so next year if it’s more of the same.

This was an area with much trial and error for me. There were a few good things that I did:

And a few not so good things: 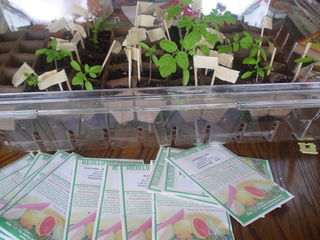 I started my first seedlings around mid-March (tomatoes, peppers, and a couple others), but many I didn’t start until April 23 (watermelon, squash, herbs). The early ones did well, but I still don’t think they were big enough to really do well in our cooler summers. I wish I had started the tomatoes and peppers a few weeks earlier, to have them hardier by planting time. When I planted them, the tomatoes were about 6 inches tall (maybe some were 8 inches?), and the peppers were about 4-5 inches (they were the slower growing of the two). Next time, I would definitely give them some protection (as in, a cloche of some sort) when putting them out, to get them off to a faster start in the garden.

My other seedlings did fine, despite the late start, except my herbs were hard to germinate. They didn’t do that great, and I had a smaller herb garden than I had hoped for.

For all my seedlings, I pre-soaked the seeds them first, for at least 6 hours, before planting. I think this really helped (most of them) to germinate well and quickly. Except for those darned herbs. Hmm… Do make sure to learn from my seedling mistake, though.

I also don’t think that you can be careful enough with your hardening off process, specifically when you live somewhere with less favorable (and more touchy) weather, as I do. In the midst of hardening off my tomatoes and peppers, we got hit with weeks of cool and rain, after a somewhat sunny spring. Looking back, I might have pulled them back inside for another week or two, or planted with really good garden protection (like a cloche or plastic covering).

Oh yes, and believe the books when they say to plant broccoli from seedlings, not straight into the ground! I assume the same would be true of cauliflower.

Spring- I had my cooler weather crops in by April 27, which I think could have been earlier (I’m talking lettuce and greens, onions, peas, turnips, carrots, etc.). Next year I will probably start planting by late March or early April, to get more of a jump on the growing season. Those plants could have handled it, as our last frost date is around April 10 and most of those veggies are frost hardy.

I got my warmer weather crops in around late May, I believe (I can’t find a specific date anywhere in my notes). Early June was quite cold and rainy, and I lost quite a few seedlings (watermelon, one pepper and also some cucumber that were planted straight from seed), plus my other plants (tomato and pepper) were a bit stunted and took a while to recover. If I decide to plant them that early again, I will definitely rig up some protection. Otherwise, I will keep my little seedlings inside for longer, even if it means transplanting them into large containers before planting them.

Fall- Oh, I planted wayyy too late for a good fall harvest! I had intended to get a bunch of things out by mid-August, but it ended up being more like late August, early September. My spinach didn’t arrive in the mail before our trip to Arizona, so it wasn’t in the ground until late September, along with my radishes. Only the stuff that was in by early September made it at all, and even so it hasn’t done too well (my lettuce isn’t very big, and neither are my beets, my turnips are only so-so and one of my pea varieties is looking like it won’t produce). I definitely learned that for my plants to be harvestable by Oct/Nov, they need to be put in when it’s still quite hot out in August or they just won’t have sufficient sun and heat to get big enough before the Fall weather really slows them down.

Compost Woes
So, if you’re going to compost, don’t be a lazy composter and forget to turn your pile. Or you might end up with a layer of mold on top. Ask me how I know.

I think I’ll have to take off the mold layer and ditch it, then try to turn everything really well before winter fulls sets in, to have a hope of some decent compost for my spring garden.

Rows? Square foot style? Or seeds scattered randomly?
I think that I have come to really appreciate the Square Foot Gardening
grid style of planting seeds and seedlings (check the website too). Rather than using your typical row, it uses a square with a grid system. So in your turnip square, you will plant 9 turnips seeds, evenly spaced out over the square, rather than one long row of turnips.

My personal experience is that the veggies have more room to grow this way, they grow bigger, and it makes better use of the space than using rows, especially for those with smaller, backyard gardens. I also find that I waste less seeds than when doing rows, and don’t have to do any, or very little, thinning of plants. I don’t make a real grid, like he recommends. I just eyeball it and try to plant my seeds in approximately the right place and it works great for me.

My main issue this summer was powdery mildew. The best I was able to do with it was to cut off the affected leaves as quickly as possible, and then spray it with one of two things. The most effective way to prevent it’s further spread was to use a mixture of 1 part milk to 9 parts water, and spray the leaves and stems well, every couple of days. I tried a baking soda mixture to, but found the milk more effective.

The birds just loved my corn and snapped it up before it had a chance to germinate and take root. Next year I’m going to try putting some sort of netting over the garden until the seedlings get going a bit, to keep those little birdies out!

My broccoli became a skeleton of a plant, from the caterpillars and slugs. I didn’t work very hard to save it, because it seemed pointless. Next year, I’ll try cutworm collars, and maybe even some netting or covering as well. I’ve also read that a garlic or hot pepper spray can help (not on the plants, but around them), so I’ll give that a shot. I’ve also heard that a border of coffee grounds can help deter the slugs (and I’ve never had success using crushed eggshells for that purpose- though I know that some swear by it).

A few links to my previous gardening posts:

Succession planting my way to a continuous harvest 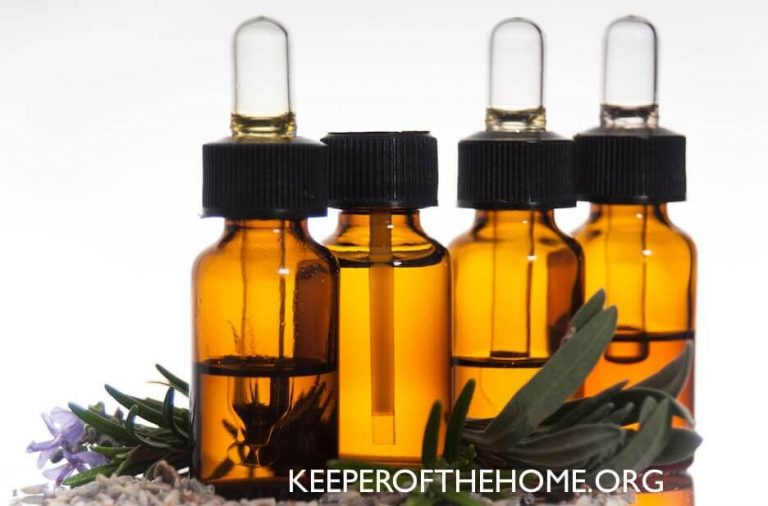 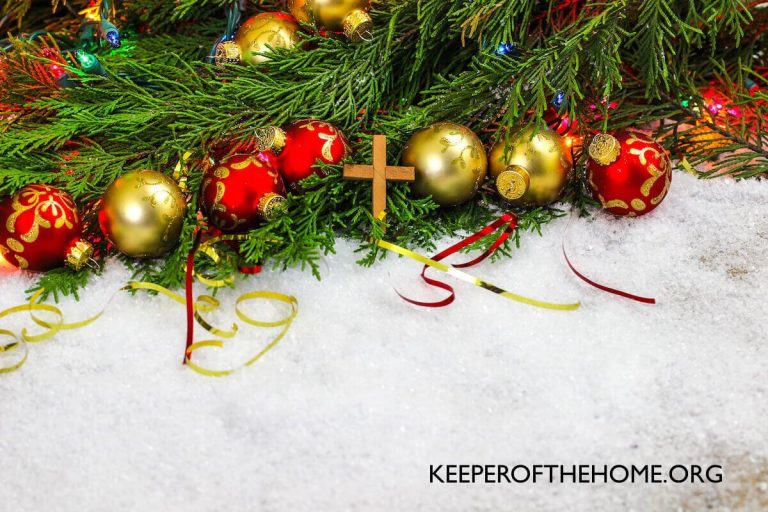 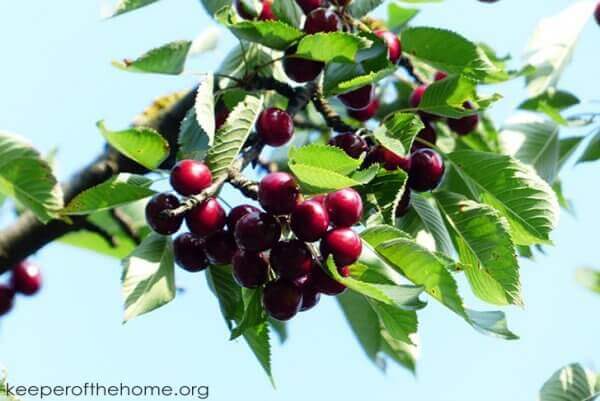 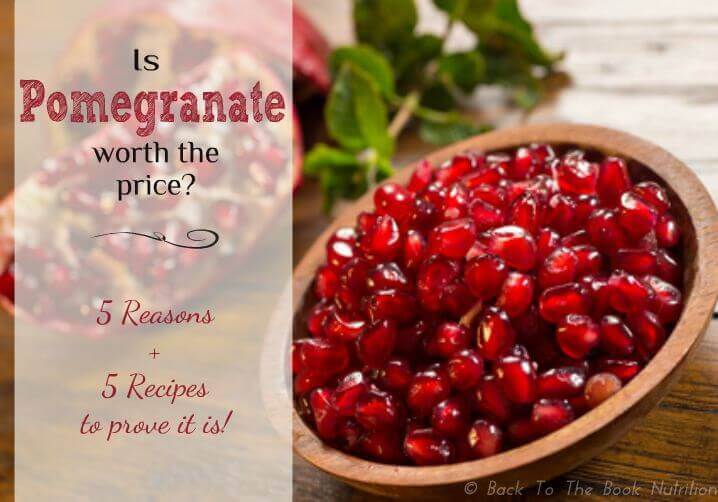